The success of Lebanon’s Hezbollah movement in battle against Israel’s armed forces has reminded Egyptians of their own military difficulties against Israel in three major conflicts (1948, 1967 and 1973). The Egyptian government of President Hosni Mubarak (like Jordan and Saudi Arabia) was quick to label Hezbollah’s activities as “adventurism,” but as the conflict raged on through mid-summer, popular opinion in Egypt began to rally behind Lebanon’s Arab Shiites, with many political leaders rebuking the Egyptian government for failing to support fellow Arabs. The conflict appears to have been an unwelcome surprise for Egyptian President Hosni Mubarak, who was already occupied with arranging the succession of his son, Gamal, as president, despite widespread opposition. 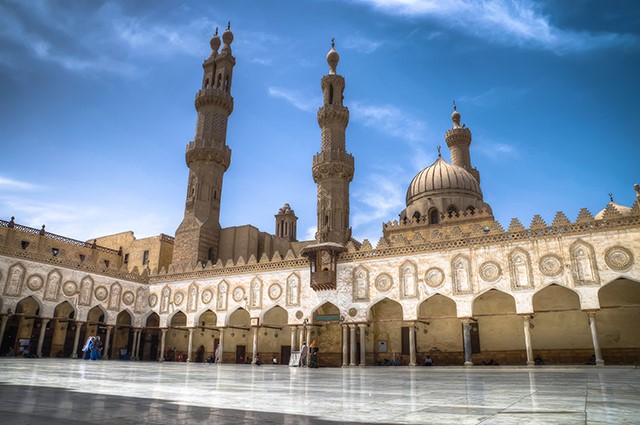 Months before the war started, Mubarak made clear his suspicions of Arab Shiites, declaring in a television interview that their loyalties were to Iran rather than to their native states (al-Arabiya, April 8). As the battle in Lebanon continued, the government’s attitude toward Hezbollah, deeply at odds with popular opinion, began to change. Hezbollah was recognized as an integral part of the Lebanese social and political structure and the victim of a “disproportionate response” by Israel. By early August, Mubarak was denouncing Israel’s “deluded” actions in Lebanon and the “failed” Middle East policies of the United States.

Forty-three year-old Gamal Mubarak is clearly being groomed for succession to the presidency, despite sullen resistance in the ruling National Democratic Party and the more vocal disapproval of the political opposition. On August 8, Gamal was a last-minute addition to an Egyptian delegation to Beirut, a move designed to give the younger Mubarak some political currency. Egypt’s peculiar election laws will ensure that there will be little opposition to a Gamal Mubarak candidacy for president in May 2007. The “fundamentalist threat” presented by the presence of the Muslim Brotherhood in the Egyptian parliament may be used to stave off international opposition to a Mubarak family succession in the presidency.

After the cease-fire in Lebanon was implemented, Mubarak reminded his critics that the interests of the Egyptian state came before pan-Arab solidarity: “Some people tend to forget that safeguarding Egypt’s strength provides the greatest guarantee for Arab security and regional security” (Arabic News, August 25). The president also spoke of Egypt’s “clear and frank” support of Lebanon (rather than Hezbollah), while rejecting calls for Egypt to sever diplomatic relations with Israel. Staying well clear of providing military support to Hezbollah, Egypt offered humanitarian assistance, including a field hospital in Beirut with 50 medical personnel. Egyptian Air Force C-130s flew in medicine and food, and Egyptian Navy ships carried water and other relief supplies.

Popular Egyptian support for Hezbollah would be a given, except for the traditional Sunni scorn for Shiite Islam. Egypt is the time-honored intellectual heartland of Sunni Islam (epitomized in Cairo’s al-Azhar University, the Sunni world’s preeminent theological school), but Arab nationalism is also a potent force in Egypt, and the stubborn resistance offered by Hezbollah’s small Shiite guerrilla force gained support from large parts of the population.

Friday demonstrations at the al-Azhar mosque that began with the Israeli incursion into Gaza in June continued to grow through the summer. On July 14, worshippers clashed with riot police following Friday prayers, the first of several such confrontations. The message in sermons like those given by al-Azhar’s Sheikh Eid Abdulhamid was unequivocal: “God give victory to Hezbollah, and inflict defeat on the Jews” (Daily Star [Egypt], August 5). By July 21, a broad mix of Egypt’s opposition, including the Muslim Brotherhood, Nasserists and the political left, was represented in a mass protest. Proclaiming solidarity with Hamas and Hezbollah, the protesters targeted President Mubarak and his son Gamal before Egyptian security forces waded in with sticks and batons (al-Ahram Weekly, July 27-August 2). Similar demonstrations occurred in Alexandria, Assyut and elsewhere. Newspaper articles criticizing Egypt’s response to the conflict appeared daily in the once-submissive Egyptian press, and the Egyptian Press Syndicate organized a series of pro-Hezbollah events.

Popular Cairo imam Safwat al-Higazi took to satellite network al-Nas to issue a fatwa calling on Muslims to kill all Jewish Israelis with firearms, knives and poison. Al-Azhar responded by suspending al-Higazi from preaching at Friday prayers and issuing its own fatwa that visa-holding Israelis in Egypt could not be killed. As Egypt’s government-appointed grand mufti ‘Ali Guma’a explained, the visa amounted to an inviolable “safe-conduct” pass (al-Masri al-Yom, August 22). ‘Ali Guma’a denounced descriptions of Hezbollah “terrorism,” describing their role as simple defense of their country (MENA, July 28). The mufti praised Hezbollah for teaching the Arabs “how to fight honorably and fairly,” but also aired the old canard that Jews make matzo (unleavened bread) with human blood, describing the Israelis as “bloodsuckers” (al-Ahram, August 7).

The leader of the Muslim Brotherhood, Muhammad Mahdi Akef, announced that the organization was prepared to recruit and send 10,000 members to combat Israel, hearkening back to 1947-48 when guerrilla formations of Egyptian Muslim Brothers fought in the front lines against Israel. Akef suggested that the Arab leaders were bigger threats to the Arab world than Israel, and that the Brotherhood had only refrained from killing them because they were Muslims (AFP, August 27). The Brotherhood called on all Muslims to offer material and religious support to Hezbollah, rejecting anti-Shiite statements coming from Saudi Arabia’s religious leadership.

Tensions between the Brotherhood and the government were already high when the Lebanon war began. Akef denounced efforts to turn the presidency into an “inheritance,” and the Brothers were subject to mass arrests after a wave of anti-government demonstrations in March. On August 25, the secretary general of the Brotherhood, Mahmoud Ezzat, was arrested along with 16 other leading members of the organization at a meeting in Egypt’s Nile Delta region. In 2005, the Brothers ran a slate of independent candidates for election to Egypt’s parliament (the organization has been banned since 1954), taking 20% of the seats. They are now the largest single opposition bloc in the legislature and have been surprisingly effective by concentrating on human rights and corruption issues rather than religious reform.

Given the United States’ unwavering support for Israel’s “battle against terrorism,” it is plain that Mubarak wants to avoid any action or statement that might antagonize his U.S. patrons, whose financial and military aid is essential to the survival of the regime. The Egyptian government also has serious concerns about the growing influence of Iran in the Middle East, particularly in the form of militant groups like Hezbollah, whose political unorthodoxy threatens the region’s stable (if not stagnant) Arab regimes. The emergence of a “Shiite bloc” through Iran, Iraq and Lebanon would pose a threat to Egypt’s traditional leadership role in the Muslim Middle East.

This article first appeared in the September 7, 2006 issue of the Jamestown Foundation’s Terrorism Focus