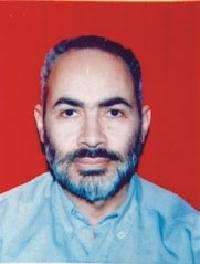 A former leading jihadi ideologue and long-time colleague of al-Qaeda’s Dr. Ayman al-Zawahiri has published a new book that examines the future of the conflict in Afghanistan. Egyptian native Dr. Fadl (a.k.a. Sayyid Imam Abd al-Aziz al-Sharif) was a founder of the Egyptian Islamic Jihad organization (aljarida.com, November 27, 2007; see also Terrorism Monitor, December 10, 2007). After a falling out with al-Zawahiri in Pakistan, Dr. Fadl moved to Yemen, where he remained until he was deported to Egypt after 9/11 to begin a lifetime prison sentence. While in prison, Dr. Fadl published a seminal document on the re-examination of al-Qaeda’s global jihad, entitled Tarshid al-amal al-jihadi fi misr wa al-alam (Rationalizing the Jihadi Action in Egypt and the World). Known popularly as the “Revisions,” Dr. Fadl’s work became the first in a series of similar “revisions” to emerge from imprisoned militants in the Muslim world. Previously, Dr. Fadl had been best known as the author of an important jihadi manual, 1988’s Al-omda fi i’dad al-udda (The Master in Making Preparation [for Jihad]), which he initially published under the name Abdul Qadir bin Abdulaziz.

Dr. Fadl’s new book is entitled Future of the War between America and Taliban in Afghanistan and has been carried in excerpts by the pan-Arab daily al-Sharq al-Awsat. The new work is highly critical of Osama bin Laden, whom Dr. Fadl accuses of manipulating the Taliban in his own interest before 9/11, eventually causing their downfall through his treachery.

Nevertheless, Dr. Fadl predicts a Taliban victory in the present struggle to retake Afghanistan from Coalition forces and the corrupt government of President Hamid Karzai. The author offers 12 reasons why a Taliban victory is inevitable:

1. A successful jihad must be accompanied by a religious reform movement. The religious motivation of the Taliban (as opposed to tribal loyalties or the pursuit of wealth) meets this criterion.

2. The Taliban cause is just, as it seeks to repel foreign occupation. Dr. Fadl points to the examples of the American Revolution, French resistance to Vichy and Nazi rule and the anti-Japanese resistance movements in Asia during World War Two.

3. Cross-border tribal bonds with Pakistani Pashtun tribesmen are vital to the jihad’s success; “Loyalty of the Pashtu in Pakistan to the Pashtu in Afghanistan is stronger than their loyalty to their government in Islamabad.”

4. Jihad has popular support from the people of Afghanistan, who provide fighters with support, shelter and intelligence.

5. The nature of the terrain in Afghanistan and the inaccessibility of Taliban refugees make it eminently suitable for guerrilla warfare; “He who fights geography is a loser.”

6. The backwardness of Afghanistan favors the success of jihad. The Russian experience proved that even a scorched-earth policy has little effect on people who are tolerant, patient and have little to lose in the first place. There is little in the way of cultural establishments to be destroyed – Afghanistan’s monuments are its mountains and “even atomic bombs do not affect them.”

7. As the battlefield widens beyond the Taliban strongholds in the south, occupation forces must face increasing financial and personnel losses.

8. Both time and the capacity to endure losses are on the side of the Taliban, who “do not have a ceiling to their losses, especially with regard to lives…”

9. Suicide operations make up for the shortage of modern weapons.

10. After three decades of nearly continuous warfare, Taliban fighters and leaders have the necessary experience to prevail against the occupation.

11. History is also on the Taliban’s side. Despite being world powers, both the British Empire and the Soviet Union failed to conquer Afghanistan.

12. Pakistan’s support of the Taliban provides the necessary third-party refuge and supplies to any successful guerrilla struggle.

This article first appeared in the August 19, 2010 issue of the Jamestown Foundation’s Terrorism Monitor