A late January offer of a unilateral ceasefire from the self-identified second-in-command of Nigeria’s Boko Haram militants has raised hopes of a negotiated peace in some quarters but has raised questions over the current state of the group’s leadership and the legitimacy of the ceasefire offer. 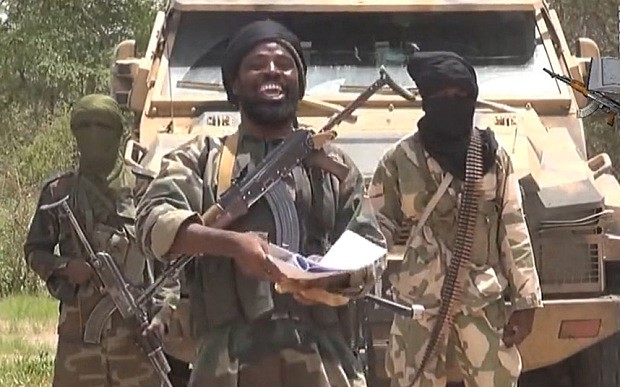 The offer came in the aftermath of two highly unusual meetings between Borno State government officials (including Governor Kashim Shettima) and Shaykh Muhammad Abd al-Aziz ibn Idris, the self-identified “second-in-command” of Boko Haram and regional commander of the movement in north and south Borno (Osun Defender, February 4). The unilateral ceasefire is supposedly intended as a first step towards a dialogue between the movement and the government, but so far, there have been no comments on the initiative from Boko Haram leader Imam Abubakr Shekau.

Nigerian security officials reported that the Boko Haram leader was badly wounded when he tried to pass through a JTF checkpoint posing as a Fulani tribesman. Shekau and two wounded companions escaped after a firefight with JTF members, while two other gunmen were killed in the exchange (Vanguard [Lagos], January 19).  Nigerian security officials traced Shekau to Islamist-held Gao in northern Mali, where he was reported to be receiving medical treatment before the city fell to a French-led offensive.

In a Hausa language statement, Shaykh Muhammad Abd al-Aziz described the motivation behind the ceasefire offer:

We, on our own, in the top hierarchy of our movement under the leadership of Imam Abubakar Shekau, as well as some of our notable followers, agreed that our brethren in Islam, both women and children are suffering unnecessarily; hence we resolved that we should bring this crisis to an end. We have also told the government to try to live up to our demands that our members in detention should be released. We hope the government will not betray us this time around, because we all know that it was because of the continued detentions of our members that this crisis continued for this long. And if the government fails to do as it now promised, then this conflict will never have an end (Radio Nigeria [Abuja], January 29).

Less than a day after the January 28 ceasefire was declared, a Lagos news agency interviewed a self-identified Boko Haram leader by telephone in Bauchi State. The alleged leader, calling himself Mujahideen Muhammad Marwana, disclaimed any knowledge of a ceasefire, saying such a move would be impossible so long as Boko Haram members continue to be “unjustly” held in prison. Marwana further claimed that the movement had met with government officials he cited by name, but that the talks had gone nowhere because the delegations had been slaughtered by the security services (Sahara Reporters [Lagos], January 29).

The ceasefire did not seem to be respected by all elements of Boko Haram; a January 28 attack by suspected Boko Haram members on the village of Gajiganna (north of Maiduguri) left at least eight people dead (Xinhua, January 28). Shaykh Muhammad Abd al-Aziz claimed the attack was the work of criminals rather than Boko Haram, complaining that “some criminals have infiltrated our movement and continued attacking and killing people using our names“ (Vanguard [Lagos], January 29).

There are fears in Nigeria that Boko Haram members might flee the French offensive in northern Mali to engage in new attacks in northern Nigeria. An army spokesman outlined the approach of Nigerian Chief of Defense Staff Admiral Ola Sa’ad Ibrahim, who will consider the ceasefire legitimate only if Boko Haram refrains from attacks for a one month period:   ‘‘The Boko Haram members are Nigerians and by now they must have seen the futility in their agitation and by now, with the situation in Mali, they should listen to the voice of wisdom coming from the Chief of Defense Staff asking them to stop their attacks for one month if they are sincere in their call for a ceasefire. This is the best option left to them’’ (Leadership [Abuja], February 4).

Nigeria’s 1,200 man deployment in northern Mali has been urged to watch for Boko Haram members operating in the region and border security has been stepped up with the deployment of the Nigerian Army’s First Mechanized Division and Third Armored Division to prevent the infiltration of terrorists fleeing northern Mali (Vanguard, January 19). According to Nigerian Chief of Army Staff Lieutenant-General Azubuike Ihejirika, many of the Boko Haram militants operating in Nigeria received training from Islamists in northern Mali (Daily Trust [Lagos], January 18). Nigerian security forces also claim that weaponry recently seized from Boko Haram cells originated in Libya. The movement is alleged to have obtained advanced weapons from Libyan sources, but members lack the training to use them (Vanguard, January 19).

There have been numerous incidents of violence over the last month in Kano, a northern stronghold of the movement. Most shocking to Nigerians was the January 19 attempt by suspected Boko Haram gunmen to kill the Amir of Kano, Ado Bayero, a highly influential traditional leader. Though the Amir survived, five people were killed and at least ten wounded, including two of the Amir’s sons. If the attack had been successful it might have ignited an explosion of violence across Nigeria, hardly the work of an organization preparing for a dialogue on peace. The attack was the latest in a series of attempts to kill traditional Islamic leaders in northern Nigeria, including the Shehu of Borno and the Amir of Fika, both of whom were targeted by suicide bombers.

The influential Borno Council of Elders has encouraged the government to seize the opportunity for dialogue, saying that the legitimacy of the ceasefire was only a secondary concern: “The idea of whether it is a faction [that declared the ceasefire] or not should be discarded so that we can make progress. In this direction, we are calling on the government to commence the process of dialogue without any delay” (Daily Trust [Lagos], February 1). The Sultan of Sokoto, Muhammadu Sa’ad Abubakr III, also urged Lieutenant General Ihejirika to pursue the opportunity for dialogue with Boko Haram. The Sultan, who is considered the spiritual leader of Nigeria’s Muslims, was also a professional soldier, seeing service in Nigerian deployments to Chad and Sierra Leone.

Despite the ceasefire offer, Nigerian security forces have not let up in their struggle against the movement, announcing on February 1 that JTF forces supported by helicopter gunships had destroyed Boko Haram training camps over two days in the Sambisa Game Reserve and Ruwa Forest, killing 17 suspected insurgents (AFP, February 1; Vanguard [Lagos], February 2).

Unfortunately, optimism that nearly four years of brutal violence could be coming to an end may be misplaced. Muhammad Abd al-Aziz ibn Idris was nearly unknown prior to his remarkable meeting with officials of the Borno state government, though he issued statements twice in the past year indicating Boko Haram was interested in peace talks (Reuters, January 29). In previous telephone contacts with the media he has been unable to verify his identity as a Boko Haram leader (Osun Defender, February 4). His claim to be second-in-command of Boko Haram is not consistent with what is known of the group’s leadership structure, which consists only of an Amir (Shekau) and a 30-member Shura (consultative) council.

By declaring a unilateral ceasefire, Boko Haram’s leadership has received nothing in return, an unlikely move for a movement that is typically inflexible in its demands. Continuing silence from Imam Shekau regarding the ceasefire has done nothing to clarify its legitimacy. Though it is possible the offer represents the emergence of a faction within Boko Haram that is ready to step back from the spiraling levels of violence in northern Nigeria, it is also possible that Shaykh Muhammad Abd al-Aziz has no credibility within the movement, or that the initiative is simply a covert attempt by Nigeria’s security services to create confusion within Boko Haram during the absence of Imam Shekau.

Nigeria’s federal government is approaching the ceasefire offer with greater wariness than the enthusiastic welcome the announcement has received in some quarters of northern Nigeria. Even if the ceasefire offer is credible, it is still uncertain whether the offer extends to the newly formed Ansaru movement, which claimed responsibility for a January 19 attack on Nigerian troops headed to northern Mali and an earlier attack on a police headquarters in Abuja.

This article first appeared in the February 8, 2013 issue of the Jamestown Foundation’s Terrorism Monitor.