In the wake of an attack that nearly overran a U.S. military outpost in Afghanistan’s Nuristan province, the Taliban have released a statement in the name of the Islamic Emirate of Afghanistan describing the attack as part of a larger campaign to drive the U.S. military out of their bases in Nuristan. The statement appeared in the October-November issue of the Taliban’s Al-Sumud magazine. 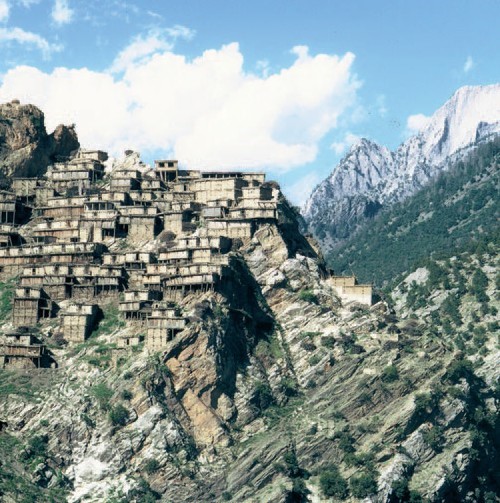 An October 3 attack by some 300 Taliban and Hizb-i-Islami fighters on Combat Outpost (COP) Keating (occupied jointly by U.S. and ANA forces) left eight Americans dead and 24 wounded. The attack on COP Keating was similar, in both scale and ferocity, to the Taliban attack on the U.S. outpost at Wanat in July, 2008 that left nine U.S. soldiers dead and 27 wounded.

The isolated outposts in Nuristan were meant to provide some control of the passes through the rugged terrain of the Hindu Kush along the border with Pakistan. In winter these outposts are extremely difficult to supply. COP Keating, surrounded by high ground on three sides, was unable to conduct patrols outside the perimeter.

Nuristan’s Governor, Jamaluddin Badar, told an Afghan daily that the Taliban commander of Kamdesh and Barg-i-Matal districts, Mullah Abdur Rehman Mustaghni, was killed in an American airstrike on October 9. The report was verified by General Muhammad Afzal, commander of the 201st “Selab” (Flood) Corps of the Afghan National Army (ANA), but was denied by a Taliban spokesman (Pajhwok Afghan News, October 10).

As might be expected, the Taliban have exaggerated their success at COP Keating, describing the camp of 90 Afghan policemen and 50 U.S. troopers of the 61st Cavalry Regiment as “one of the most important and biggest U.S. bases.” While the Taliban forces overran part of the outpost, the arrival of air support allowed U.S. forces to retake the post before destroying it in their withdrawal. The Taliban claim “army soldiers are surrendering to the mujahideen [in Kamdesh district] on a daily basis.” They also warned of “more dangerous outcomes, such as an armed mass rebellion, which happened many times in the units of the Soviet army in Afghanistan.”

The Taliban statement also claimed that the expulsion of U.S. forces from Nuristan would deal a blow to Israel, which it alleges to be profiting from a trade in “plundered” diamonds from Nuristan, a known source of gemstones. “As usual, where there is wealth and opportunities, there must be Jews around.” The Taliban see the U.S. occupation of the region as part of the region’s economic exploitation. “From the beginning, the U.S. Army estimated that the blood of its soldiers is cheaper than diamonds, precious stones, interests of Jewish banks, the oil of Afghanistan and middle Asian countries, and 9,000 tons of opium plundered for free from Afghanistan at the beginning of every summer.”

With Wanat already abandoned, U.S. troops pulled out four days after the attack from COPs Keating and Lowell as well as Observation Post Fritsche in Kamdesh in what was described as a pre-planned withdrawal (Army Times, November 3). Some U.S. forces remain in the Nuristan capital of Parun to protect the governor and the local administration (Asia Times, October 29). Qari Ziaur Rahman, a Taliban commander closely tied to the Arab militants of al-Qaeda, now has effective control of most of Nuristan. The Taliban described the decision to withdraw as “one of the realistic decisions taken by the U.S. Army, which will certainly be followed by similar ones.”

The U.S. withdrawal from its outposts in Nuristan and four others near the South Waziristan border has not been well received in Pakistan, where Pakistani government forces are in the middle of a major military operation designed to eliminate the Taliban terrorist threat in South Waziristan. With the operation having been long encouraged by Washington, Pakistani observers now wonder why an apparent Taliban escape route has been opened along the border with Afghanistan. Pakistani intelligence intercepts are said to reveal that Qari Ziaur Rehman has invited at least one Pakistani Taliban commander to move his operations to Nuristan (The News [Islamabad], October 18). The American withdrawal during Pakistani operations on the other side of the border is a major change from 2008’s Operation Lion Heart, when U.S. forces in eastern Afghanistan coordinated with the Pakistani military to put pressure on Taliban groups along both sides of the border.

According to the statement, the Taliban of Nuristan now have their sights set on destroying a U.S. military base in Nuristan’s Nurgram district and three other military bases in the Ghaziabad district of bordering Kunar province. The remaining posts of the “local enemy forces” (i.e. the ANA) “are not considered a big obstacle against the operations of the mujahideen.”

Nuristan, with its remote and inaccessible mountain settlements, provided a refuge for the older religions and languages of Afghanistan. The region was known as Kafiristan (Home of the Unbelievers) until its largely pagan population was converted to Islam after being conquered by Amir Abdur Rahman Khan in 1896. The Nuristanis became famous for their resolute resistance to British and Soviet invaders and have shown their intention to add Americans to the list of unsuccessful occupants of the area. According to the Taliban, “The occupiers themselves have repeatedly said that Afghanistan is the graveyard of the empires and the daily events prove the veracity of their review of historic events.”

This article first appeared in the November 13, 2009 issue of the Jamestown Foundation’s Terrorism Monitor