An important Islamic seminary once blamed for inspiring the militancy of Taliban terrorists in Afghanistan and Pakistan has issued an important new fatwa (Islamic ruling) on the illegitimacy of terrorism. The 152-year-old Darul Uloom Deoband seminary is located in the town of Deoband, in India’s Uttar Pradesh province. The new fatwa was issued in the name of the seminary’s Grand Mufti, Habibur Rehman, who told a meeting of thousands of Islamic scholars and students: “Islam rejects all kinds of unjust violence, breach of peace, bloodshed, murder and plunder and does not allow it in any form” (Independent, June 2). 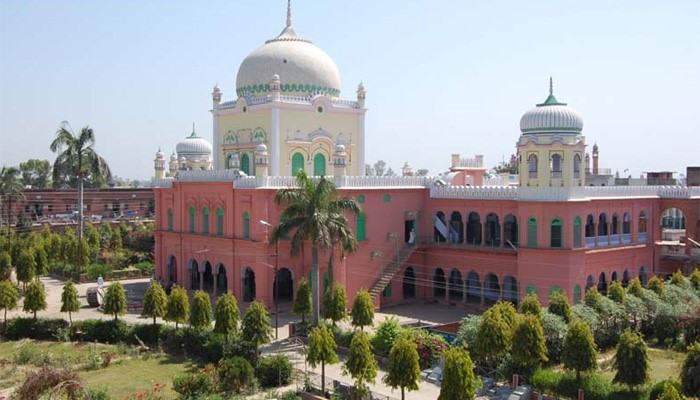 The announcement of the fatwa came in New Delhi during the Anti-Terrorism and Global Peace Conference. Based on a re-examination of relevant Islamic texts, the fatwa stated: “It is proved from clear guidelines provided in the Holy Quran that allegations of terrorism against a religion which preaches and guarantees world peace is nothing but a lie. The religion of Islam has come to wipe out all kinds of terrorism and to spread the message of global peace” (Times of India, June 1). The ruling was ratified by a host of other Muslim organizations and a mass “oath of allegiance” to the fatwa was given at the gathering. India’s 140 million Muslims, 13 percent of the population, comprise the world’s third-largest national community of Muslims.

The Deobandi scholars also issued a definition of terrorism to support the fatwa: “Any action that targets innocents, whether by an individual or by any government or by a private organization anywhere in the world constitutes, according to Islam, an act of terrorism” (Hindustan Times, June 1).

Speakers from the Deoband seminary still took the opportunity to condemn the United States and its support for Israel. Deputy Rector Hazrat Maulana Qari Sayed Muhammad Usman told the crowd: “Whenever Christian and American interests are hurt in any part of the world, they take prompt action to set things right even at the cost of human lives. They maintain silence though when Muslims are the victims” (Times of India, June 1).

India’s opposition Bhartiya Janta Party (BJP), which has adopted a strong anti-terrorism stance, welcomed the ruling. Party leader Rajnath Singh declared: “Deoband is seeking to dissociate Muslims from terrorism. But the central government wants to equate Muslims with terrorism and on this very basis is rejecting an anti-terrorism law” (Times of India, June 2). The party is critical of the government’s decision to repeal India’s Prevention of Terrorism Act (The Hindu, June 1).

While the Deobandi movement has spread across the world, the latest fatwa will be of particular interest to Britain, which now hosts 17 Deobandi seminaries providing 80 percent of Britain’s domestically-trained imams (Independent, June 2).

Following the Deobandi ruling, another of India’s major Muslim organizations, the Jamiat Ulema-e Hind, issued its own anti-terrorism fatwa (Calcutta Telegraph, June 1). It remains to be seen if the Deobandi fatwa inspires Muslim groups in other parts of the Islamic world to do likewise.