Hopes of restored stability in war-ravaged Somalia have been dashed as warlords and Islamists skirmish across battle-lines in Mogadishu. The new Transitional Federal Government (TFG), once expected to restore order to Somalia, has been sidelined as many of its warlord cabinet ministers rush to join the fighting. Despite a UN arms embargo, weapons continue to pour into the country from Ethiopia and Yemen. 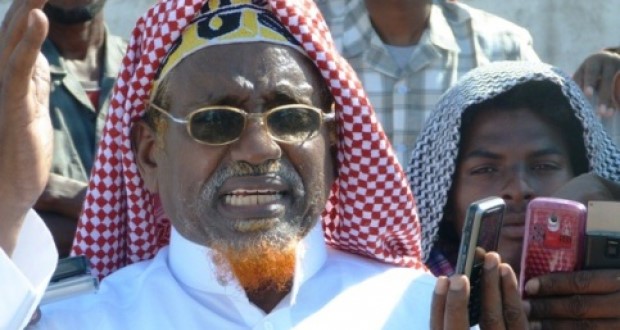 Northern Mogadishu is controlled by the Islamic Courts Union (ICU). The Islamists of the ICU have restored order in regions under their control since 1992 through a rigid and often ruthless application of Sharia law. Funded in part by Islamic businessmen, the ICU maintains a 1,500-man militia and provides limited health and education services. Some ICU leaders, like Shaykh Hassan Dahir Aweys, were formerly active in al-Itihaad al-Islamiya, a militant Islamist group destroyed by warlord—and new TFG president—Abdullahi Yusuf Ahmad. Shaykh Hassan favors the establishment of an Islamic state in Somalia, but says that al-Qaeda could never find refuge in Somalia due to the country’s complicated social system, which cannot be easily penetrated by outsiders (al-Sharq al-Awsat, April 12).

Across the barricades from the Islamists are their opponents in the recently formed Anti-Terrorism Alliance (ATA). Many ATA warlords are ministers in the new TFG government, which formed in Kenya in 2004 and moved into Somalia’s southern city of Baidoa last year. The ATA are supported in part by Mogadishu businessmen who suffered financially from the ICU’s closure of the city’s lucrative entertainment facilities. ATA leaders characterize the ICU as “terrorists” tied to al-Qaeda. The ATA is widely believed by Somalis to be in the pay of the United States and under the direction of U.S. intelligence, despite denials by both ATA and U.S. spokesmen.

Leading the ICU is Shaykh Sharif Shaykh Ahmad, who declared a holy war against the ATA on April 19. The 45-year-old chairman of the ICU refers to the ATA as the “Party of the Devil,” and claims the people of Mogadishu have joined the ICU in self-defense (Radio HornAfrik, April 18). Both sides have created defensive positions throughout Mogadishu in preparation for new fighting. Financial incentives have been offered by both sides in an effort to recruit fighters from the numerous clan militias. The presence of U.S. naval ships and aircraft off Mogadishu has heightened tensions in the city, as many believe they are preparing to snatch ICU leaders by helicopter. U.S. forces are reported to be enlisting support from local militias to hunt down five al-Qaeda suspects believed to be at large in Somalia (al-Sharq al-Awsat, April 12). ATA warlord Muhammad Qanyare Afrah (TFG national security minister) has threatened to capture ICU leaders and turn them over to the U.S. as al-Qaeda suspects.

As the militias face off in Mogadishu, the remainder of the TFG can only look on. Their alliance is already strained, its political hierarchy largely imposed by Ethiopia. It is unlikely to stand any period of prolonged pressure before breaking down. President Abdullahi cannot rely on any other force other than militias from his home region of Puntland, who are not well-liked in Mogadishu.

There is a danger that renewed conflict may be perceived within Somalia and the Islamic world as a struggle between Islam and the United States (through its ATA proxies). At a rally on April 21, an ICU-allied shaykh expressed the Islamist perception of the U.S. role in Somalia: “We will not be governed by a few warlords financed by the enemy of Islam” (Middle East Online, April 21). Many Somalis fear foreign intervention from Ethiopia or the United States, but have tired of the warlords and are unlikely to support them whether in the guise of the ATA or the TFG.

This article first appeared in the May 2, 2006 issue of the Jamestown Foundation’s Terrorism Focus