Seven full years into the latest Russian/Chechen war, the death of the leading Chechen warlord, Shamyl Basayev, has created new conditions that the Kremlin is eager to exploit. This month’s Moscow-hosted G8 conference made it clear that the Western world has no interest in the fate of the Chechens, leaving Russian president Vladimir Putin free to pursue a military solution to the conflict. The spreading low-intensity guerrilla campaign against Russian rule in the North Caucasus is proving difficult to stamp out, however, leading to a new Russian tactic: “the Amnesty Offensive.” 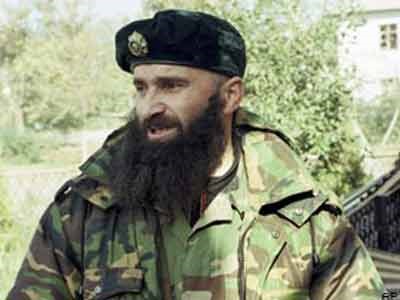 On July 15, Federal Security Service (FSB) Director Nikolai Patrushev announced a two-week amnesty for separatist fighters in Chechnya. It is the seventh amnesty since Chechnya broke away from the Federation and the third of the present conflict. It is the first federal amnesty since 2003, when nearly 200 fighters surrendered. The amnesty, which does not include foreign combatants, was not actually supported by any federal legislation and may have to wait until September to be passed by the State Duma.

The federal amnesty differs little from those offered before; it does not apply to those who have participated in “serious crimes,” such as attacking federal security forces. There are no guarantees, therefore, for any combatants who might choose to put their fate into state hands. Chechnya’s prosecutor has pointed to a more liberal interpretation of these conditions, as must happen if the amnesty offer is to have any response. The regional headquarters of the North Caucasus counter-terrorism effort maintains that those who lay down their arms will not be detained or arrested, but allowed to return home with a promise not to leave. Russia’s deputy interior minister, Arkady Yedelev, has promised that law enforcement agencies will soon end criminal prosecutions of surrendered fighters (RIA Novosti, July 18).

Although his brutal methods in eliminating the resistance and its sympathizers are well known in Chechnya, Prime Minister Ramzan Kadyrov has called on the guerrillas to come in from the forest. Kadyrov guaranteed “all constitutional rights and freedoms” to those who surrendered, adding that it would be “senseless to ignore the offer” (RIA Novosti, July 20). The amnesty campaign joins an existing attempt to disarm the population through offering financial rewards for all weapons turned in (Interfax-AVN, July 18). Chechen MP Magomed Khambiev, a defector himself who was the defense minister under President Aslan Maskhadov, is going abroad to convince leading Chechen exiles to return to Russia under the terms of the amnesty.

Hundreds of Chechen fighters, whether through a change of heart or an inability to support their families, have gone over to the pro-Russian administration in the last few years, creating serious problems for those still dedicated to the independence struggle. The defection of many resistance members to the pro-Russian militias of Ramzan Kadyrov has provided his government with intelligence assets that were never available to the Russian secret services, which lacked the local knowledge or linguistic abilities to penetrate resistance networks with any consistency.

The idea of an amnesty spread quickly through the rest of the volatile North Caucasus. Arsen Kanokov, the president of Kabardino-Balkaria, described his republic’s forthcoming amnesty as “a humane act of the Russian state (that) will serve to achieve public reconciliation in Kabardino-Balkaria.” The details have yet to be worked out, but every rebel is promised a hearing with free legal representation (Caucasus Times, July 21). The FSB office in neighboring Karachaevo-Cherkessia also issued an appeal for the republic’s insurgents to seize the chance to surrender and have their activities “examined objectively and impartially” (Caucasus Times, July 20).

In Dagestan, Interior Ministry Major-General Sergei Solodovnikov maintains that nearly all of the leadership of the Dagestan insurgents has been eliminated (with the notable exception of guerrilla leader Rappani Khalilov). The general suggests that those fighters who come in will be interrogated and “hopefully pardoned” (Kommersant, July 21). Dagestan claims to have had more success from involving the public and local elders in convincing fighters to surrender than from law-enforcement agencies.

Alu Alkhanov, president of the pro-Russian Chechen government, is urging the federal amnesty to be extended to January 1, 2007. The government claims that 7,000 fighters have gone over to the federal side in the last few years, with many of them now serving in the militias directed by Ramzan Kadyrov.

Ideological War in the Caucasus

The response of Chechnya’s rebel leader, President Dokku Umarov, to the amnesty offer and the nearly simultaneous “peace manifesto” issued by his London-based foreign minister (Akhmad Zakaev) was decisive. In reference to Zakaev’s suggestion that the status of Chechnya was in some way negotiable, the president’s office released a statement declaring, “Any actions casting a doubt on the state sovereignty of the ChRI [Chechen Republic of Ichkeria] or any attempts to discuss the ChRI’s sovereignty are a crime against the state.” Peace negotiations were rejected “until realistic conditions are ripe” and the creation of new fronts in the Urals and Volga regions was announced as a response to the unwanted amnesty (Daymokh, July 19). Kadyrov attempted to embarrass Umarov by claiming that thirteen militants under Umarov’s direct command were preparing to surrender, but so far, they have not materialized (Interfax-AVN, July 18).

Recently, Ramzan Kadyrov claimed that only 50 active fighters remain in the Chechen resistance, with possibly another 200-300 sympathizers. According to the prime minister, many of the remaining fighters in Chechnya originated in other parts of the North Caucasus, with the remainder composed of Azeris, Arabs and Turks (ITAR-TASS, July 18).

Of course, there is the question of what amnestied fighters will do after their surrender. The short-term answer has always been to absorb the fighters into local security forces, but in Chechnya the militias are already bloated and a drain on the local treasury. Massive unemployment is a major contributor to the crisis in the North Caucasus, and local administrations are finally promising to do something about it. Dagestani President Mukhu Aliev has promised 100,000 new jobs by 2010 (Respublika Dagestan, July 19). Ramzan Kadyrov sees a wholesale change in tactics in the war against “Wahhabism” (Islamist extremism) from the military to the economic: “Up until now we have fought Wahhabism with weapons, but now the republic’s leadership is changing its tactics and switching to a method of countering religious extremism by means of the word…We are shifting the emphasis to another war—the war on unemployment. If there are jobs, then people’s prosperity will rise and there will be less people willing to risk their lives for the sake of slogans” (RIA Novosti, July 17).

A War of Attrition

Every time resistance-sympathetic websites trumpet another “mujahideen victory” in which 12 Russians were killed at the loss of two mujahideen, they fail to recognize that this is in reality another defeat for Chechnya. The two mujahideen can only be replaced with great difficulty, if at all, while the supply of armed Russians is, by comparison, inexhaustible. Public resistance to the loss of Russian life has had almost no effect on the political scene. When the fighting in Chechnya turns fratricidal—between rebel forces and pro-Russian militias—the claims of “victory” by either side ring particularly hollow. While the rebel leadership has taken significant losses in the last two years, the ranks of the mid-level leadership and experienced mujahideen have been devastated by years of constant fighting. Teenagers are now often led on patrol by other teenagers, sometimes with disastrous results.

The amnesties (which in their current language appear to have the greatest possibility of applying to young men with little operational experience) are intended to remove this youngest generation of fighters from the conflict. The amnesties’ backers follow a similar script in addressing themselves to “those who were deceived by Basayev” (statement by the Karachaevo-Cherkessia FSB, quoted by the Caucasus Times, July 20), “those dragged into criminal activities” (Ramzan Kadyrov, quoted by Itar-Tass, July 18), “those who were tricked into going to the forest” (Arkady Yedelev, quoted by RIA Novosti, July 18) and “citizens of Russia deceived by gang leaders” (Nikolai Patrushev, quoted by Itar-Tass, July 18).

The Ural trucks, the APCs, all the Russian military equipment destroyed so spectacularly by IEDs and ambushes are easily replaced. Whereas the Federation once had difficulty financing its war in Chechnya, there is a new economic reality born from the soaring prices in the energy resource market, commodities with which Russia is especially blessed. The Russian armed forces now deploy only one division and one brigade within Chechnya, with lighter-armed Interior Ministry and pro-Russian Chechen militias handling most of the day-to-day military activity. Costs have been reduced, revenues have increased and control of Chechnya’s own petroleum resources has grown more important than ever.

This brings us back to the logic of Basayev: the need to create a single convulsive event that would break the will of the Russian population, whose support for the war was essential for the efforts of the Kremlin. Basayev understood the mathematics of a war of attrition, but learned the hard way (and at the expense of the resistance movement) that no terrorist act was shocking enough to deter the Putin regime from pursuing a military solution to the conflict. Maskhadov recognized the inevitable outcome of such trends when he authorized Basayev to link up the various groups of Muslim insurgents in the North Caucasus in a single command that would disperse the Russian military effort. Without Basayev’s presence, the network of North Caucasus militants he created is in danger of collapse. From this perspective, Dokku Umarov’s declaration of two new fronts in the war against Russia appears to be nothing more than bravado in a deteriorating situation.

Chechen authorities claim that 46 “rebels” have surrendered since the start of July, with not a single arrest made (Interfax, July 24). Nevertheless, promises of employment and eventual prosperity are made in defiance of the corruption so deeply entrenched in the political structures of the North Caucasus. Unless the kleptocratic tendencies of local administrations can be reformed, there is little chance of economic improvement in the region. Daily attacks by insurgents continue in Chechnya, Ingushetia and Dagestan, creating an atmosphere of constant instability that amnesties alone cannot change. The Chechen resistance may be reaching the point of exhaustion, but in other parts of the North Caucasus, the fighting has only just begun, with or without the leadership of Shamyl Basayev.

This article first appeared in the July 27, 2006 issue of the Jamestown Foundation’s Chechnya Weekly