U.S. President Barack Obama’s continuing outreach to the global Islamic community has brought a harsh response from Jihadi-Salafist ideologues. Typical of this reaction is an article entitled “ObamaTurk: The Secular Phenomenon” by a jihadi analyst using the name “al-Janubi.” The article, based on President Obama’s visit to Turkey and his April 6 address to the Turkish parliament, appeared in issue two of the magazine Jihad Recollections, published in May by al-Fursan Media Productions. 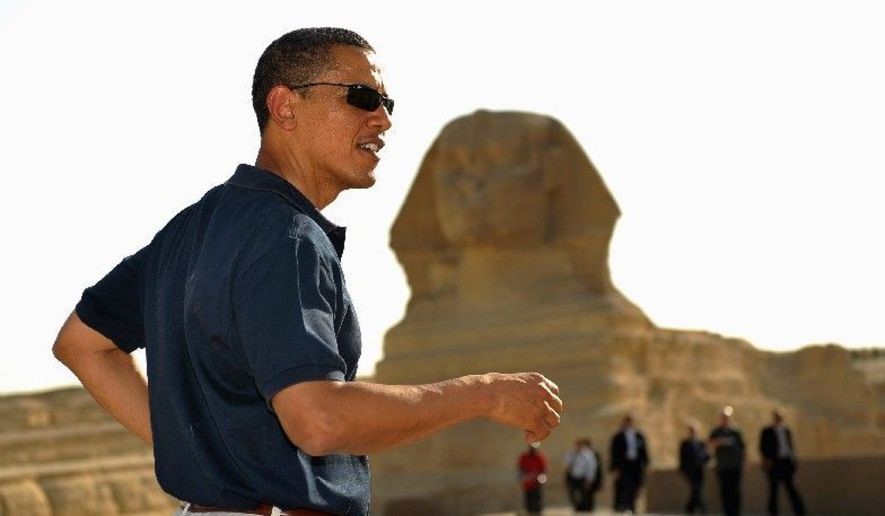 Al-Janubi claims Obama’s speech “championed a version of Islam that advocated secularism, nationalism and democracy in place of the Islam revealed 1400 years ago.” Particularly offensive was his praise of the founder of modern Turkey, Mustafa Kemal Ataturk, “who single-handedly dismantled the greatest nation Allah ever let exist on the face of the earth” (i.e. the Ottoman Empire). Ataturk’s creation of a secular nationalist democracy in place of the Istanbul-centered Caliphate (dismantled by Ataturk in 1924) may be his legacy, but this does not make it a good legacy; “Obama forgot that Islam has no room for secularism.”

Al-Janubi cites a Quranic verse, Surah Baqarah, verse 120: “Never will the Jews or the Christians be satisfied with you unless you follow their way.” Secularism, says al-Janubi, is the way of the Jews and Christians, though if the Muslims were to follow them in this way they would be respected even less than they are now. Addressing Obama’s statement of U.S. support for Turkish accession to the European Union (EU), al-Janubi points to the futility of Turkey’s attempts to join the EU as proof of the truth of this Surah.

While Obama praised Turkey’s choice of a new path (the creation of a secular democracy) rather than allowing partition by the Great Powers or attempting to restore the Ottoman Empire, al-Janubi maintains Turkish nationalism was nothing less than another form of “European hegemony,” as proved by Ataturk’s preference for the Latin, European alphabet and European dress rather than “neutral, non-European” modes. President Obama “lied when he said that the Turkish republic commanded the respect of the United States and the world. By imitating those who will not accept them except as alternative to the ‘radical Muslims,’ they are begging for the respect of the U.S. and the world, not demanding it.”

The author calls Obama a hypocrite for stating “There is no excuse for terror against any nation,” after having already pledged his support for Israel during the electoral campaign. “He has already promised to aid one nation, Israel, which has no right to exist, in its terrorizing of a neighboring nation of which Israel should be a jizyah-paying dependency [jizyah is a tax on non-Muslims]. He means one thing and says another, and according to a Muslim or a non-Muslim, that is the definition of a hypocrite!”

Finally, al-Janubi responds to President Obama’s assertion that “The United States is not, and will never be, at war with Islam.” According to al-Janubi, “To not be at war with Islam, he would have to withdraw troops from all Muslim lands, allow the Shari’a to be implemented by whom everyone else calls the ‘radicals’ and the ‘extremists,’ stop supporting any anti-Shari’a movements in the Muslim lands, and then withdraw all support from Israel so they may be easily overrun and absorbed by the Islamic caliphate to pay jizyah or be driven into the ocean.” Had Obama been sincere in his stated intention to deal fairly with the Islamic community, according to al-Janubi, he would have withdrawn from Iraq and Afghanistan and admitted that America had started the current conflict with the support of the one nuclear power in the Middle East, “the real terrorist, Israel.” He would also have cut off aid and support for dictators in Muslim lands, such as Hosni Mubarak of Egypt and King ‘Abdullah of Jordan. Al-Janubi concludes by asking whether Muslims will withdraw their support of Obama or support an enemy of Islam “and thereby become our own enemies in the process.”

This article first appeared in the June 12, 2009 issue of the Jamestown Foundation’s Terrorism Monitor