U.S. President Barack Obama’s June 4 speech in Cairo was seen by many observers as an outreach to the Islamic world. Within that world, some welcomed his words, some wait to see if deeds of substance accompany those words, while others, such as the Afghan Taliban, described the President’s words as nothing more than “misleading slogans” that “failed to deliver a clear and true message to the Muslim world.” The speech failed to contain any “sign of practical change in the hostile policy of America towards Muslims” (Afghan Islamic Press, June 5). 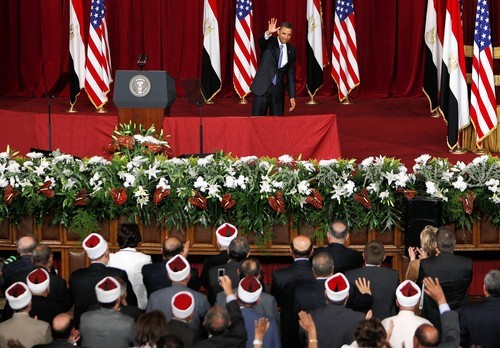 In a point-by-point deconstruction of the speech, the Afghan Taliban analyzed and condemned most of the material within the President’s address, which sought to lay a groundwork for repairing relations with the Islamic world:

• The Taliban described the president’s claims of tolerance and good-will as inconsistent with American actions, particularly those of its “occupation forces,” which are committing “mass murder” and imprisoning Muslims in Afghanistan and Iraq in “the most hateful prisons of the world.” As a result of these “illegal” activities, “Obama’s baseless speech has no importance.”

• The statement objected to the President’s justification of the occupation of Afghanistan and Iraq as part of a “legitimate struggle to secure U.S. interests… According to national and international laws, the occupation of independent countries and hostile war against their free nations cannot be called a legitimate war.”

• The Taliban accused the President of wanting to separate Muslims from “their real protectors,” the mujahideen.  The speech is described as an effort to divide the Muslim community. “Today, all vigilant Muslims are engaged in jihad in one way or the other. Therefore, the U.S. war against the mujahideen is considered a war against all Muslim nations and Islam.”

• Obama’s claim that America was not seeking a permanent military presence in Iraq and Afghanistan is contradicted by the ongoing construction of military bases and airports in both countries, as well as the President’s stated intention of sending additional military forces to Afghanistan. “This large number of airports and countless number of military bases are established at a time when they do not need even half of them, given the number of their forces and daily military flights. This shows that Americans are intending to permanently remain in and occupy the region.”

• The President’s contention that U.S. forces will leave Afghanistan if peace is achieved “is quite funny… The presence of Americans is the main cause of violence and the current problems in the region. Jihad and resistance against American forces will continue as long as they are present in Afghanistan.”

• The Taliban also objected to the President’s use of the Jewish Holocaust to demand that Muslims avoid the “deeply wrong” practices of “threatening Israel with destruction – or repeating vile stereotypes about Jews.” The Taliban statement claims President Obama “described Israel as the most innocent and worthy nation of the world” while summarizing the 70-years of Palestinian suffering in “a few misleading words.” While the President did contend that “the continuing humanitarian crisis in Gaza does not serve Israel’s security,” the Taliban condemned Obama for failing to speak about the blockade of Gaza and Israeli efforts to deny the passage of medicines and basic food items to Gazan residents. The President also ignored the fact that “mass murders are committed [in Palestine] at every moment.”

In its summary of the President’s address, the Taliban statement remarked that President Obama did not come with conciliatory intentions, but with an “arrogant notion” to give orders to the Muslim world.

This article first appeared in the June 12, 2009 issue of the Jamestown Foundation’s Terrorism Monitor