AIS Special Report on Ukraine No.1

Overconfidence has been the enemy in many military operations. A belief in the superiority of Russian arms and special forces appears to have undermined a bold Russian attempt to end its ongoing “special military operation” in Ukraine on the first day of the conflict. 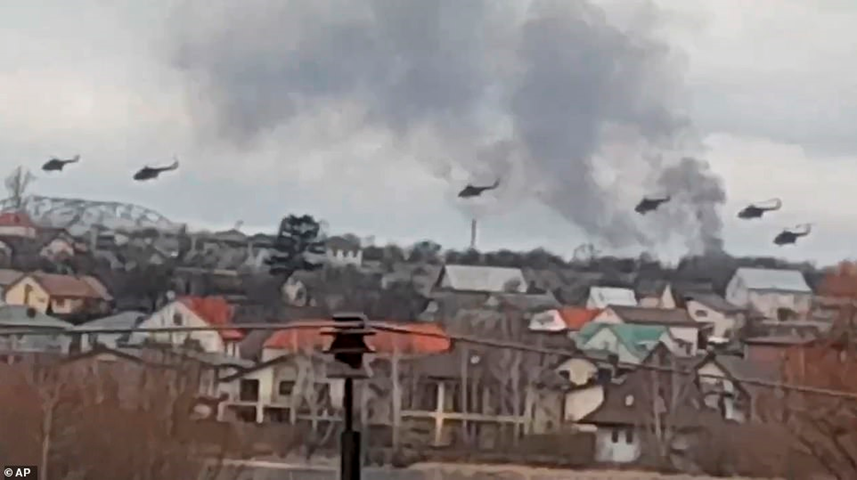 Just a few miles northwest of Kiev is Hostomel Airport (a.k.a. Gostomel, a.k.a. Antonov Airport), a busy facility built in 1959 and now used primarily for cargo flights and tests of Antonov aircraft. Seizing Hostomel on the first day of Russia’s “special military operation” was part of a plan designed to use the skills of the Russian Special Forces and Russian airlift capability to strike a quick and fatal blow to Ukrainian resistance. Once the special forces overcame the airport’s guards, Russian troops, armor, artillery, ammunition and other materiel could be airlifted to the airport where they could be easily launched into Kiev to depose the Ukrainian government.

The task of seizing Hostomel was entrusted to the Russian Airborne Forces (Vozdushno-desantnye voyska Rossii – VDV). The Russian paratroopers who landed at Hostomel appeared to belong to the 31st Guards Air Assault Brigade, a unit with extensive combat experience in Chechnya, Georgia, Crimea and the “separatist” Ukrainian Donbas region. 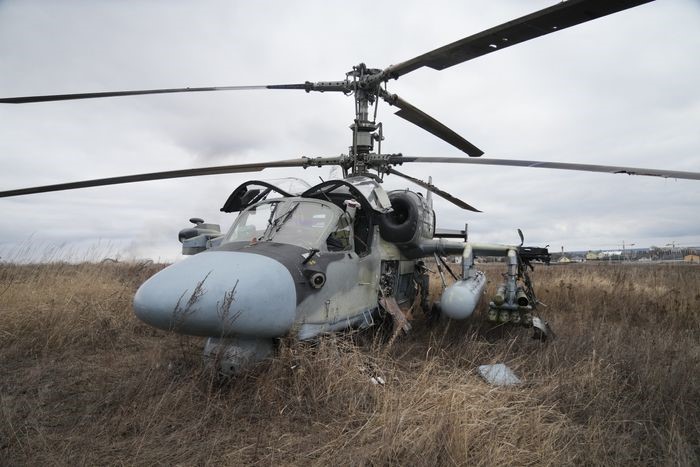 The attack began when roughly 30 Russian Kamov Ka-52 “Alligator” attack helicopters, flying low to evade radar, began launching guided missiles and firing 30mm cannons at the airport’s defenses. Despite strong resistance from Ukrainian ground units that brought down several helicopters, the attack continued for three hours, with Russian Sukhoi Su-25 “Frogfoot” jet fighters joining in. The Ukrainians claimed to have downed as many as five to seven Russian helicopters during the assault, whether by missile fire or attacks by Ukrainian MiG-29s. One Ka-52 “Alligator” was recorded crashing into the Dnieper River (19fortyfive.com, February 28, 2022). Another victim of the assault was the six-engine Antonov An-225 Mriya transport, the world’s largest aircraft, destroyed in its hanger by Russian fire.

When the Russian command decided it had suppressed most of the defensive fire, a wave of Mi-8 “Hip” assault transport helicopters arrived carrying airborne troops. Once on the ground they fanned out, dispersing the small unit of Ukrainian National Guard defenders while preparing for the arrival of at least 18 Ilyushin Il-76 air-transports already in the air. For a brief time, it appeared that the audacious Russian plan was working and Kiev would be theirs in a matter of hours.. 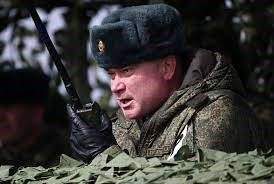 However, the Russians had failed to clear the region around the airport, and soon found themselves under fire from special forces of the Main Intelligence Directorate of the Ministry of Defense, the 3rd “Prince Svyatoslav” Special Forces Regiment, and local partisan fighters (Ukrinform.net, March 4, 2022). During the fighting, a sniper inflicted a serious loss to the Russian command by killing Major General Andrei Sukhovetsky, the chief-of-staff of the Russian Airborne (Pravda, March 3, 2022). The general was a veteran of combat in Chechnya, Abkhazia, Crimea and Syria; his presence on the frontline suggests how deeply important this attack was to Moscow’s Ukraine strategy.

The critical moment in the battle appeared to come when the Ukrainian National Guard’s well-trained 4th Rapid Reaction Brigade counterattacked with air support from a pair of Ukrainian Sukhoi Su-24M attack aircraft. Ukrainian Mi-24P “Hind” helicopter gunships and MiG-29s were also deployed to eliminate Russian paratroopers who had fled into the forest or the nearby village of Hostomel. Russia’s main battlefield asset, its artillery, appeared to play little role in preventing the arrival of Ukrainian reinforcements. Unable to land, the Ilyushin transports with their troops and armor were turned back in mid-air. 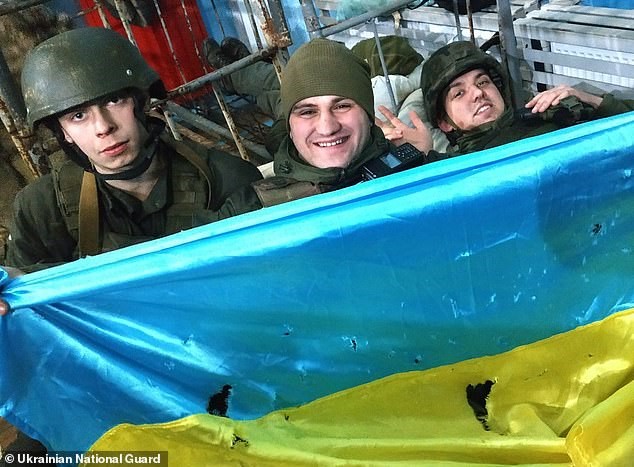 Ukraine reported it had retaken the airport by the evening of February 24, though Moscow insisted Russians were still in control (Anadolu Agency, February  25, 2022). Russian ground attacks by mechanized troops intended to relieve the paratroopers were ambushed with anti-tank missiles, halting their advance. Nonetheless, the next day the Russian ministry of defense claimed the recapture of Hostomel Airport and the death of 200 Ukrainian “nationalists” during the first day of battle. Fighting around the airport continued for days, until Ukraine announced it had again retaken the airport on the evening of March 3, with the destruction of all Russian paratroopers in the area. Russia had lost the element of surprise on the first day; the extensive damage the airport received in days of heavy fighting and the deliberate damage inflicted on the airstrip by Ukrainian forces to prevent its use rendered the airport non-operational and incapable of receiving Russian transports.

Russian airborne troops were also deployed in an attack on the Vasylkiv airbase (central Ukraine) on February 25. Success was again elusive in what appeared to be an over-ambitious operation. Ukrainian airmen of the 40th Tactical Aviation Brigade drove off the attackers and fighting spread to neighboring villages. A troop-carrying Ilyushin Il-76 transport carrying as many as 100 men was reported to have been shot down by Ukrainian aircraft during the fighting for Vasylkiv (Unian.ua, February 25, 2022). A second transport was reported to have been downed the next day near Bila Tserkva (AP, February 26, 2022).

The assault on Hostomel was burdened by an intelligence failure on the part of the Russians, who failed to account for the presence of significant first-line Ukrainian forces within easy reach of the airport. A failure to secure the skies over the drop zone and a consequent inability to delay the arrival of Ukrainian reinforcements combined to doom the paratroopers’ mission from the start. The entire operation seems to have foundered on the fatal belief that only token Ukrainian resistance would stand in the way of the airport’s occupation and the sudden airlift of thousands of Russian troops, artillery and vehicles to a point just outside the suburbs of Kiev. The airborne force that landed at Hostomel was far too small to take and hold the airport, especially when resupply by air became impossible. The three-hour aerial attack intended to drive defenders away prior to the paratroopers’ arrival instead attracted the attention of all Ukrainian units in the area, which began to move on the airport.

The failure to seize the airfields at Hostomel and Vasylkiv presented a devastating setback to Russian intentions, and with no apparent “Plan B” to end the campaign quickly, the Russian offensive remains bogged down north of the Ukrainian capital (though progress is being made in the south). Russia’s inability to establish air superiority over Ukraine has hurt their campaign; this problem will only be exacerbated if Russian-designed jet fighters are transferred to Ukraine from East European NATO members.