Like Egypt’s Muslim Brotherhood, Tunisia’s Islamist-dominated government is facing often violent demands for the immediate imposition of an Islamic state from radical Salafist groups, leading Tunisia’s secularist president to warn of the threat posed by Salafi-Jihadists to that nation’s democratic evolution. 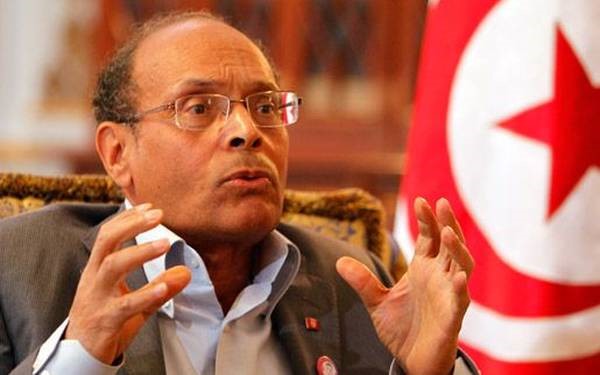 Moncef Marzouki became the interim president of Tunisia after his election by the new Constituent Assembly in December, 2011. Marzouki was a long time dissident during the regime of Zine al-Abdin bin Ali, suffering imprisonment and an extended exile in France. Marzouki’s Congress for the Republic political party was one of two secularist parties that joined the larger Islamist Ennadha Party to form a new post-revolutionary coalition government. While Ennadha member Hamadi Jebali assumed the greatest power as Prime Minister, the president remains in charge of defense issues and foreign policy, though he must consult with the prime minister on both portfolios (Reuters, December 13, 2011).

According to the Tunisian president, those Arab Islamists who accepted the democratic process following the Arab Spring revolutions are finding themselves increasingly at odds with more extreme Islamist factions that regard acceptance of democracy as treason, as well as with the broader population that has looked to moderate Islamists for rapid reforms and improvements in their living conditions:

“Now the Islamists are finding out that they have fallen into the trap of democracy because they have heavy responsibilities in the economy and regarding living conditions. The people now want solutions to the problems of water, food, security etc. The people will judge them [the Islamists] on the basis of performance. I can say with full frankness now that if Ennahda went to the elections today it would perhaps be surprised by a violent reaction from the people because they did not do what was expected of them” (al-Hayat, November 4, 2012).

Marzouki has previously suggested that the center of jihad was shifting from the Afghanistan-Paskistan region to the Arab Maghreb (North Africa west of Egypt) after finding a foothold in northern Mali. Fear of becoming embroiled in the international “war on terrorism” has produced a policy of dialogue with religious extremists, “but these policies have not produced a result until now and, on the contrary, we have seen what happened” (al-Hayat, October 4, 2012).

Since the revolution, Tunisia’s new Islamist government has been challenged by mass protests and a series of attacks by radical Salafists, including the September 14 attack on the U.S. Embassy in Tunis led by veteran jihadist Abu Iyad al-Tunisi. Four of the attackers were killed by security forces. In late October, Salafist militants attacked two National Guard posts in the Tunis suburb of Manouba after a Salafist was charged with assaulting the head of the local public security brigade. Shortly afterwards Khalid Karaoui, imam of the Ennour Mosque in Manouba, died of wounds incurred in the attack (al-Jazeera, October 31, 2012; AFP, November 1, 2012). There have even been direct clashes in the streets between Salafists and supporters of Ennadha with sometimes fatal results (AFP, November 5, 2012). Ennadha is also facing pressure from its youth wing, which is demanding quicker reforms and the prosecution of former regime members accused of corruption and torture.

Many of the leaders of these strikes are veterans of the Salafi-Jihadist Groupe Combattant Tunisien (GCT), founded in 2000 by Abu Iyad al-Tunisi (a.k.a. Sayfallah bin Hussein) and Tarik bin Habib Maaroufi, who returned to Tunisia last spring after serving time in Belgium on terrorism-related charges (Tunisia Live, April 1; for Abu Iyad, see Militant Leadership Monitor, May 1, 2012). Maaroufi is best known for his role in planning the assassination of Northern Alliance leader Ahmad Shah Mahsoud in Afghanistan in 2001.

Fifty-eight of those arrested in the clashes at the U.S. embassy went on a hunger strike in prison in protest of the conditions under which they are held and to bring attention to what the hunger-strikers describe as government persecution of the Salafist movement. Two prisoners have already died, including Muhammad Bakhti, a colleague of Abu Iyad and a senior Tunisian Salafi-Jihadist who was sentenced to 12 years in jail after clashes between the army and Salafists near Tunis in 2007. Bakhti was released in the amnesty that followed the revolution (AFP, November 17, 2012).

The bloody demonstration at the U.S. embassy was led by Abu Iyad al-Tunisi (a.k.a. Sayfallah bin Hussein). A one-time follower of radical Jordanian cleric Abu Qatada, Abu Iyad was a founder of the GCT and is the current leader of the Salafi-Jihadist group, Ansar al-Shari’a in Tunisia (AST) (Business News [Tunis], September 17, 2012). Abu Iyad left Tunisia in 1991 under pressure from the Ben Ali regime. He attempted to obtain political asylum but his anti-British sermons did little to endear him to his hosts, who eventually sent him packing. Abu Iyad then joined the battle against American forces in Afghanistan before his arrest in Turkey in 2003 and subsequent extradition to Tunisia, where he was sentenced under the anti-terrorism act to 58 years in prison, where he remained until his release under the post-revolution amnesty in 2011 (Business News [Tunis], November 17, 2012). Abu Iyad has since stated his belief that it is the U.S. embassy that rules the country “and pulls the strings of the party in power” (Business News [Tunis], September 17, 2012).

Police efforts to detain Abu Iyad after the incident appear to have been half-hearted, missing him at home, at a funeral he attended the next day, and most revealingly during an appearance at a Tunis mosque that had been widely announced on social networking sites earlier that day (Business News [Tunis], September 17, 2012).

Ennadha has been criticized by the opposition for not taking a firmer line with Tunisia’s Salafists, but party leader Rached Ghannouchi is wary of alienating the community, possibly pushing it towards even greater violence: “We need to avoid the rhetoric of the enemy within. We have the experience of Ben Ali, who detained tens of thousands of Ennahda members and demonized the party. Then the regime fell, and now Ennahda is in power. If we want to demonize the Salafists, they are the ones that will be in power in 10-15 years’ time. This is why we talk to them as citizens, not as enemies” (Le Monde, October 18, 2012).

In remarks that mirror the difficulties Egypt’s Muslim Brotherhood is having with the Egyptian Salafist community, Gannouchi has elsewhere warned that the Salafis’ demonstrations and violence result in the depiction of Tunisia as a “center for terrorism and extremism” and a “Salafi State, even though they are a minority within a minority. I do not think they follow Ennadha. Actually they might become the biggest enemies of Ennadha” (al-Hayat, October 4, 2012).

In the post-revolutionary period, not only has the disparate coalition of secularists, leftists and Islamists that deposed the Ben Ali regime returned to its component (and rival) parts, but almost each political party represented in the new parliament, including Ennadha, has suffered splits and defections, hampering Tunisia’s political transition and weakening its response to internal threats (al-Jazeera, October 23, 2012). In a response to these growing tensions, a state of emergency has been imposed on a month-by-month basis since July, but on October 31, President Marzouki imposed a three-month extension of the state of emergency, reflecting a deteriorating security situation (Tunis Afrique Presse, October 31, 2012).

This article first appeared in the November 30, 2012 issue of the Jamestown Foundation’s Terrorism Monitor