One of the most surprising elements in the recent poisoning of the former FSB officer Aleksandr Litvinenko is his apparent deathbed conversion to Islam. At first, there seemed little reason to believe this unlikely development, but the gradual confirmation of the story has raised a number of questions regarding Litvinenko’s cooperation with the Chechen resistance and, in a more sensational vein, with Osama bin Laden’s al-Qaeda terrorist organization. 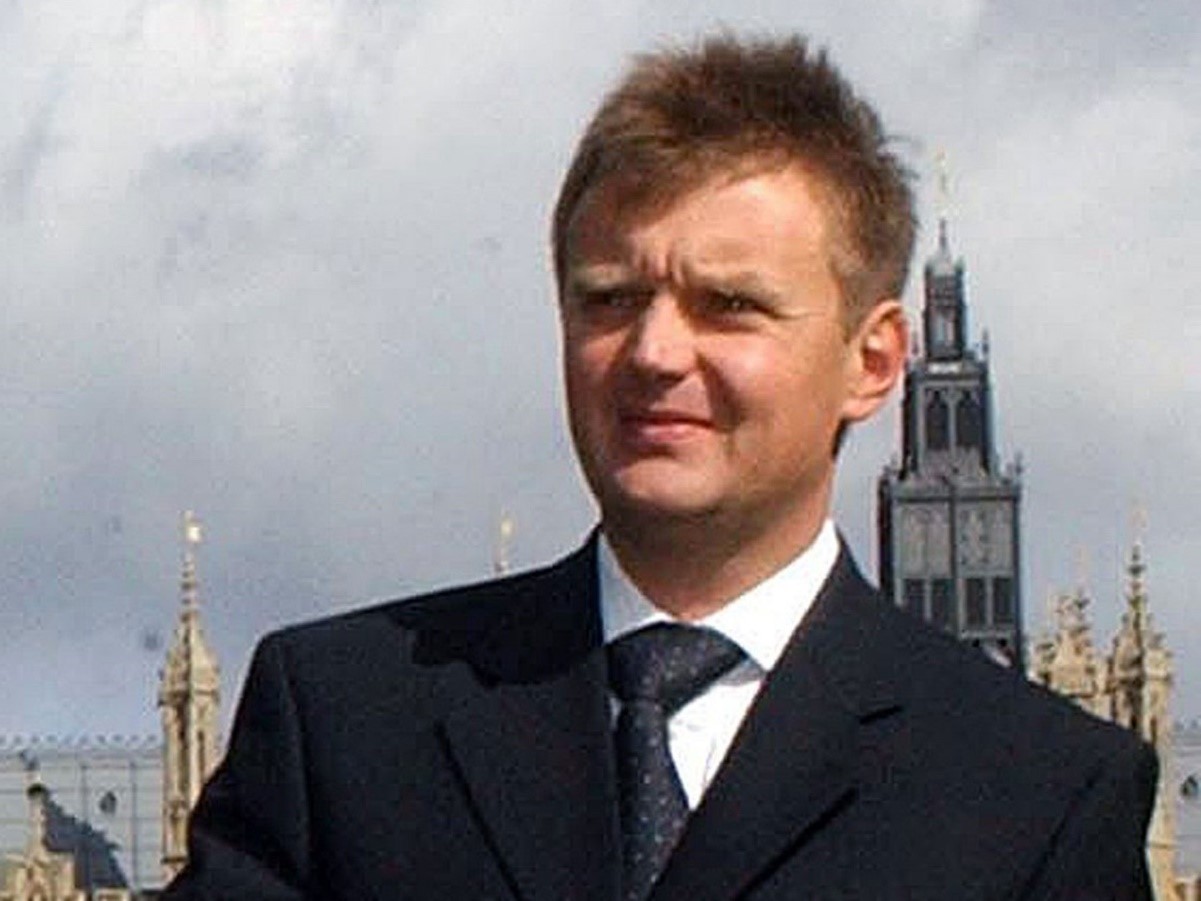 The first notice of Litvinenko’s conversion to Islam came in a press release from the Chechen Presidential Administration after the death of the former spy: “We have learnt that shortly before the attempt on his life, Aleksandr Litvinenko voluntarily and sincerely converted to Islam. Thus, he not only became our comrade-in-arms but also brother-in-faith” (Chechenpress, November 26). Though the source was not given for this unexpected development, it was eventually revealed that this news came from the Chechen representative in London, Akhmed Zakayev, a personal friend and neighbor of Litvinenko. News of the conversion apparently took several of Litvinenko’s friends by surprise.

There seemed little reason to believe this strange tale until it was confirmed by the spy’s father, Walter Litvinenko, who described his son’s growing estrangement from Russia’s Orthodox Church. Two days before his death, Litvinenko told his father that he had decided to convert to Islam and desired to be buried as a Muslim (Kommersant, December 4). Zakayev said that Litvinenko first broached the subject of conversion shortly after he became ill, returning to the topic repeatedly despite a lack of encouragement from Zakayev. Eventually, Litvinenko recited the shahadah, a formula whose recitation indicates the speaker’s willingness to convert to Islam. At Litvinenko’s urging, Zakayev arranged for an imam to recite the appropriate Koranic verses in the hospital room the day before the spy’s death (RFE/RL, December 5).

There was initial confusion as to what constituted a lethal dose of polonium-210. If the Litvinenko poisoning was indeed the work of Russia’s secret services, it is unlikely that such an unusual method of assassination would have been employed without previous testing.

In a recent interview, Zakayev alleged that polonium poisoning had already been carried out on several high-profile Chechen prisoners, including Lecha Islamov (Frankfurter Allgemeine Sonntagszeitung, December 3). The reference is undoubtedly to veteran field commander Lechi (‘The Beard’) Islamov, who had worked closely with the warlord Ruslan (Hamzat) Gelayev. Both hailed from the same town of Komsomolskoye in southwestern Chechnya. As the leader of the “Shaykh Mansur Special Task-Force Regiment,” Islamov was captured in 2000 following the siege of Grozny and was sentenced to nine years in prison for seizing hostages and “organizing an armed group.” The Russian Deputy Minister of Justice maintained that Islamov died in 2004 from heart and kidney diseases, as well as from the complications brought on by a “severe skin allergy” (Grani.ru, April 26, 2004). Islamov, however, was convinced that he had been poisoned, describing a meeting that he had attended in prison with several unknown men. The men seemed intent on discussing matters of “life and death” with Islamov while urging him to partake in tea and a pile of sandwiches. Within minutes after the meeting, Islamov became seriously ill, though he did not receive medical attention for days, and instead, was transferred to another prison.

According to Islamov’s attorney, the commander began to suffer from organ failure. Some of the symptoms of Islamov’s last days resemble those endured by Litvinenko. His attorney provided a description: “He cannot speak or move, has become absolutely bald, lost his hair, beard and eyebrow hairs, skin is peeling off in pieces from his head and hands” (Kommersant, April 4, 2004). Doctors were unable to diagnose the disease that was quickly killing Islamov or devise any treatment. Zakayev alleges that it was only because of Litvinenko’s extraordinary good health that allowed him to survive long enough for the radioactive poison to be discovered; the poor health of the past victims resulted in their death within ten days. Traces of polonium-210 have also been found in Zakayev’s car.

Zakayev, who serves as the representative of the Chechen republic in London, has been the subject of several extradition attempts by Moscow on charges of murder, abduction and torture. Russian allegations have tended to be so spurious that they have been tossed aside by British judges. For instance, an Orthodox priest that Zakayev is alleged to have killed actually turned up to challenge allegations of his own murder. There are reports that Russia will now require the extradition of Zakayev and exiled Russian oligarch Boris Berezovsky in return for Russian cooperation in the investigation of Litvinenko’s death (The Times, December 6).

After the news of his conversion broke, a number of media sources retroactively elevated Litvinenko to the ranks of the “Islamist extremists” who threaten the West as well as Russia. Britain’s Sunday Express tabloid reported that Scotland Yard and counterterrorism experts feared that Litvinenko was assisting al-Qaeda in building a radioactive “dirty bomb” (Sunday Express, December 3). A televised panel of Russian “nuclear experts” claimed that Litvinenko worked in an underground laboratory in London where he was preparing a “dirty bomb” on behalf of the Chechen extremists (NTV, December 3). A news agency also suggested that Litvinenko actually poisoned himself by handling polonium-210, the last ingredient needed to detonate a “dirty nuclear bomb” (RIA Novosti, December 5). Another Russian agency repeated the “dirty bomb” allegations while adding the accusation that “Anglo-American” security forces were planting traces of polonium around London to implicate Russia in Litvinenko’s death (Isvestiya, December 5). The Washington Times asked whether Litvinenko’s assassination might have been “just another revenge killing in the name of Allah?” (Washington Times, December 5). Less credible internet sources have even revived the long discredited allegations that Osama bin Laden had purchased a number of “suitcase nukes” from Chechen militants for use against the United States. These stories speculate that Litvinenko was working on polonium-based triggering devices for these weapons and had failed to clean traces of polonium from his fingers before going out for a sushi lunch.

As usual, many media sources seem unable to differentiate between nuclear bombs and “dirty bombs.” The latter is a primitive weapon involving no nuclear reaction, just the dispersal of radioactive debris. Polonium-210 was used as part of the triggering devices on early nuclear weapons, but is no longer used for this purpose. A “dirty bomb” does not require a sophisticated trigger as it is simply radioactive waste wrapped around a conventional explosive; polonium-210 is not a very useful material for constructing “dirty bombs.” A 1957 fire at a Cumbrian nuclear facility in England released enough polonium-210 to kill thousands of people if ingested, but the isotopes dispersed quickly and harmlessly in the air. The point of a “dirty bomb” is not so much to kill individuals (conventional explosives are much better for this purpose) but to create lasting contamination, public panic and economic damage. Polonium is not regarded as particularly dangerous unless inhaled or ingested in a significant quantity. A sheet of paper is enough to block the radioactive alpha rays and even human skin can be enough to prevent penetration into the body.

Despite Litvinenko’s talents in the world of espionage, it is highly unlikely that he would have been capable of maintaining and repairing complicated nuclear weapons, such as portable “suitcase bombs” in a basement laboratory in London. Assumptions of this sort belong to the world of paperback thrillers. Many of the imaginative stories regarding the “Islamist threat’ posed by Litvinenko are designed to sell newspapers, but other accounts seem designed to discredit the former KGB member and divert attention away from his assassins or even to justify their deed as being in the interest of public security.