Once known as “Forbidden Kufra,” the small group of oases clustered in the vast deserts of southeastern Libya has become the latest battlefield in Libya as government forces battle to retake Kufra from the rebels who seized the region over a month ago. Despite being one of the most isolated settlements on Earth, deep in the Sahara and nearly surrounded by sand seas on three sides, Kufra has now become a strategically important center for the control of Libya’s vital oil industry. 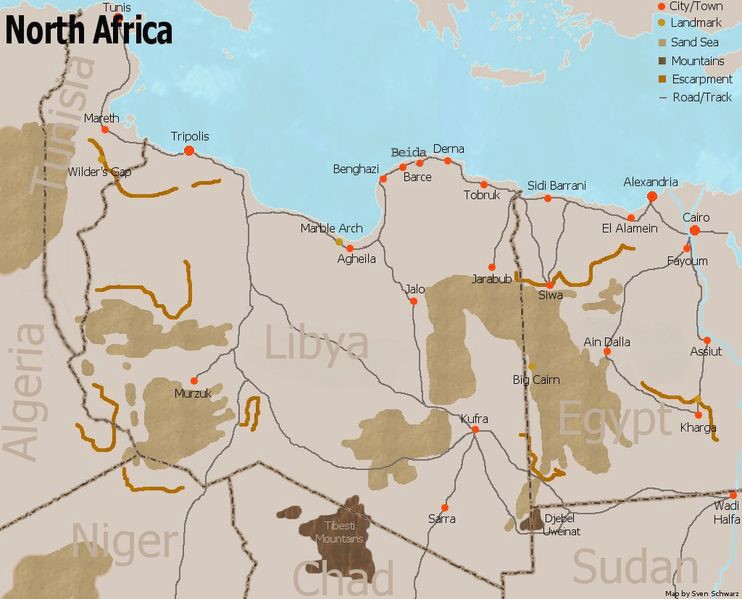 On April 28 a column of 60 vehicles carrying roughly 250 loyalist fighters arrived in Kufra, taking the oasis with only light resistance from its rebel defenders before raising the green national flag over the courthouse (Reuters, April 28). Saleh Muhammad al-Zaruq, the security chief for Kufra, had announced his support for the rebel forces in early April, putting the oasis region under rebel control (al-Jazeera, April 3).

According to rebel spokesmen, the loyalist forces travelled nearly 1,000 km from Sabha, a desert stronghold of Qaddafi forces surrounded by pro-regime tribes (Brnieq.com, May 3). The rebels also claimed the loyalists were accompanied by 1,500 Chadian mercenaries, though this has not been confirmed. Rebel sources tend to exaggerate numbers and the degree of foreign support for Qaddafi in order to obtain greater military support from NATO forces. Libyan state television later reported: “Libyan forces have seized full control of the town of Kufra and purified it of the armed gangs” (Reuters, April 28). The attack on Kufra came days after loyalist forces raided a remote desert oil pumping station, killing eight guards (AFP, April 25).

Kufra was long held by the Teda wing of the indigenous Tubu people, whose large Tibesti-centered desert homeland covers southeastern Libya, northern Chad and eastern Niger. However, control of the oasis region was taken over by the powerful Zuwaya Arabs in 1840. This development opened Kufra to the influence of the Sanussi religious order, which moved their headquarters there in 1895 to resist attempts by the Ottoman rulers of northern Cyrenaica to bring the Sanussis under the supervision of Istanbul. From Kufra the Sanussis expanded their growing confederacy to areas of modern-day Chad, Niger and Western Egypt, areas for which they would soon compete with the colonial armies of France, Italy and Great Britain.

Though the Sanussis had lost much of their territory to the Europeans by the end of the First World War, Kufra continued to resist conquest and remained, with the exception of several prisoners and the redoubtable Rosita Forbes, closed to non-Muslims. When an Italian column under Marshal Rodolfo Graziani arrived in 1931 with 3,000 troops, artillery and a score of warplanes, Kufra’s fate was sealed.

The Italians built a fort and an important airfield, but were relieved of their new possession by a column of Free French and Chadian colonial troops with the aid of the newly-formed British Long Range Desert Group (LRDG) in March 1941. The battle marked the first major victory in the distinguished military career of the operation’s commander, French General Philippe Leclerc. Kufra was then used as a base for desert operations by the LRDG and Special Air Service (SAS). 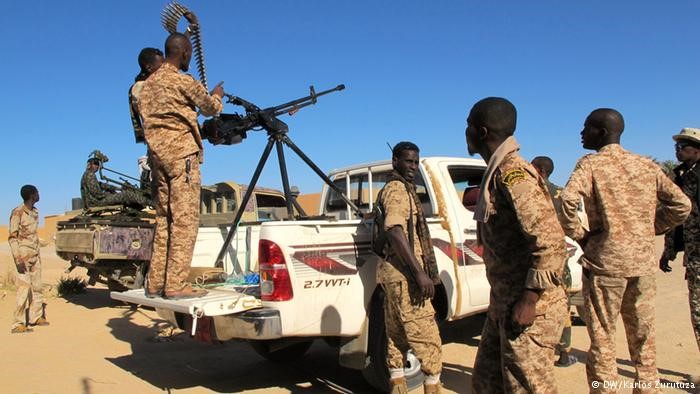 In recent years Kufra has become an important center on the Libyan desert road system that has improved transportation across the Sahara and allowed food aid shipments to be driven south directly to refugee camps in Darfur and Chad (Mathaba.net, November 24, 2004). A massive agricultural project uses water drawn from the massive aquifers discovered beneath the Libyan desert. On a darker note, Kufra has also become an important mid-way point for human traffickers shipping migrants from sub-Saharan Africa north to the Mediterranean coast, where they board overcrowded boats bound for a perilous voyage to Europe.

Zuwaya Arabs and Teda Tubu were reported to have clashed in Kufra in 2008, with the Teda getting the worst of it. The Libyan rebels claim to have support from the Zuwaya, but the Tubu are often seen as inclined towards Qaddafi (AFP, April 25). The Tubu have had their own problems with the Libyan leader, who expelled several thousand of them to Chad after a member of the Sanussi royal family tried to recruit Tubu mercenaries to fight Qaddafi in the early 1970s. Despite this, many Tubu find careers in the Libyan military that suit the warrior traditions of their noble clans. Under King Idriss al-Sanusi (1951-1969), the Tubu formed the royal guard. Loyalist operations in the oasis have the potential of reviving the local Arab-Tubu rivalry.

This article first appeared in the May 5, 2011 issue of the Jamestown Foundation’s Terrorism Monitor.