A noted Salafi-Jihadist shaykh who is regularly featured on jihadi internet sites has called for a carefully planned retaliation for the killing of late al-Qaeda leader Osama bin Laden by American Special Forces. Shaykh Hussein bin Mahmud’s message, entitled “Osama is Alive!,” suggests the death of Bin Laden is actually a victory for the mujahideen in a mixture of commentary, hadiths, poetry and quotations from both the Quran and Sayyid Qutb (ansarullah.com, May 9; the message itself is dated May 3). Shaykh Hussein has also issued statements on the recent Egyptian revolution and ongoing Libyan uprising. 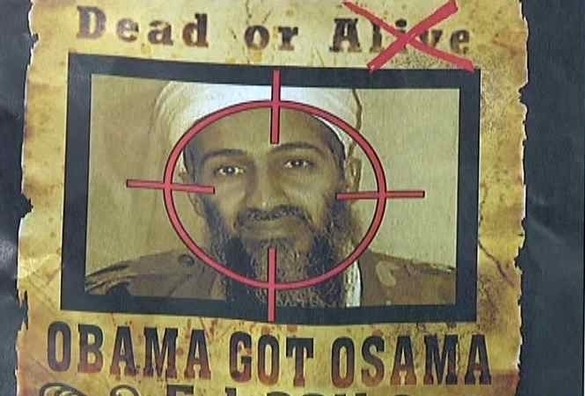 Shaykh Hussein’s postings always carry a healthy amount of invective directed towards his targets; in this case he describes President Obama as “you son of an infidel woman!” He continues with a warning: “We say to Obama: we will not cry over Osama. We will not cry over his death. We will accept no condolences for him. We will not eulogize him. We will leave you to celebrate for a few days, and then after it we will continue our Islamic war against infidelity. However, it will not be a war like that of the past.”

The American version of Bin Laden’s death does not meet with the approval of the shaykh, who suggests other alternatives were more likely: If you killed him face to face, he has sped the journey of some of your troops to Hell, and if not, you struck the house from afar with your aircrafts as you did with Zarqawi, the body of whom you could not dare approach until hours after his death, may Allah have mercy on him and accept him among the martyrs.” The shaykh also mocks the United States for spending ten years and “a trillion dollars” in its efforts to find Bin Laden.

Shaykh Hussein calls on the mujahideen to avoid hasty acts of revenge and to select their targets with more care than has been practiced in the past. “We do not want sporadic operations of vengeance. Rather, we want special operations which are properly planned out, with wisdom and patience, so that it can… make America forget the attacks on Washington and New York, and say goodbye to the good old days. This is an extremely important matter, as individual and random operations of vengeance usually have negative effects.”

Shaykh Hussein discusses the assassinations of a mix of Islamic figures such as the second, third and fourth Caliphs and a variety of more recent political and military Islamist leaders such as Hassan al-Banna, Abdullah Azzam, Omar al-Baghdadi, Abu Hamza al-Muhajir, Ibn al-Khattab and Shamyl Basayev, asserting that in each instance these commanders were ably replaced. In conclusion he reminds his readers that the Prophet Muhammad himself died, yet jihad went on. “Jihad did not stop with the death of the highest commander of the Muslims, so how can these idiots hope that Jihad will stop with the killing of a mere soldier from the soldiers of Islam, which will remain in existence?”

This article first appeared in the May 12, 2011 issue of the Jamestown Foundation’s Terrorism Monitor