Under increasing pressure from Qaddafi loyalists, the Berbers of the Western Mountains of Libya continue to defy military odds in their resistance to a regime that has denied their very existence. 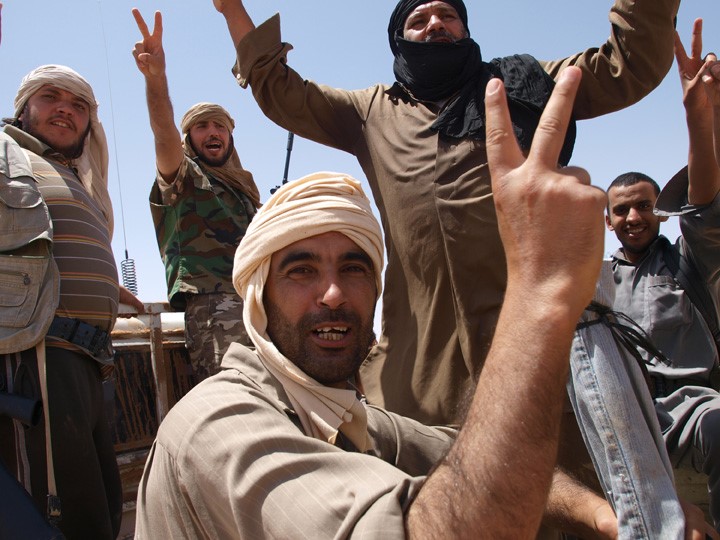 According to one Berber from the mountain town of Nalut: “We have 80 per cent unemployment in Nalut, there are no good roads, no healthcare and the education system is very poor. We are fighting because for 42 years we have been oppressed” (Irish Times, April 28). Sixty miles east of Nalut is Zintan, which is currently experiencing bombardment by Grad rockets prior to an expected government advance on the town. A massive flight of Berber civilians to Tunisia is under way, with some 30,000 people having crossed the border at the small crossing point of Dehiba (UNHCR, April 29). Government spokesman Moussa Ibrahim said the regime had proof the refugee crisis was the result of a Qatar-financed campaign to have Berber rebels force family members across the border to prompt NATO air attacks on loyalist forces.

Under Qaddafi’s rule, Berber language instruction in schools was banned, as were many forms of Berber cultural expression. Activists have been subject to detention, disappearance, or public execution. According to the regime, the non-Semitic Berber language is nothing but a dialect of Semitic Arabic. In June 2010 Qaddafi told a gathering of journalists and intellectuals that the Berbers were ancient North African tribes that no longer existed and it was therefore “pointless to use the language of these tribes which have disappeared.” Claims to the contrary were nothing but “colonialist propaganda” (Jana [Tripoli], June 2, 2010).

A 2008 Libyan diplomatic note to the U.S. mission in Tripoli presented the regime’s viewpoint on the Berber question, together with a rather dubious linguistic explanation of why these “early Arabs” had come to be known as “Berbers”:

In Great Jamahiriya, there is nothing called Berber community, and the use of this term denotes lack of true knowledge of the history of the region in general and Libya in particular, and does not reflect the reality and nature of the homogeneous Libyan society.  All Libyans come from Arab origins; they came from the Arab Peninsula by land (barr) and that’s why some tribes that had arrived earlier in Libya are called “Barbar” (or Berber). [1]

Most Libyan Berbers are members of the Ibadite sect of Islam rather than the Sunni Malikite school of Islamic jurisprudence dominant elsewhere in Libya. Though many Ibadites reject the connection, the sect is largely believed to be a more moderate form of the early Islamic Kharijite movement, whose strict interpretation of Islam and advocacy of jihad to overthrow Muslim rulers accused of ignoring Islamic law led to two centuries of bitter conflict in the Islamic world. The movement’s emphasis on asceticism and egalitarianism attracted both the Bedouin and the Mawali (non-Arab converts to Islam who found themselves oppressed by Arab Muslims who considered themselves superior due to the Arab origin of Islam). However, the Kharijite injunction to rebel against any ruler who fell short of religious expectations coupled with the tendency of individuals to decide for themselves when a ruler had failed to meet these expectations was not a recipe for political stability.

While the Kharijites (“Those who Secede”) were eventually eliminated and their name turned into a pejorative term for non-Orthodox Muslims, a breakaway group known as the Ibadites (for their founder Abd Allah ibn Ibad) maintained many of the core beliefs of the Kharijites while adopting a greater willingness to live in harmony with other Islamic groups. Today, Ibadites are estimated to number 1.5 million and are found mostly in Oman (1.2 million), with smaller communities in Libya, Zanzibar, the Djerba Island of Tunisia and the Mzab oases in Algeria.

This article first appeared in the May 12, 2011 issue of the Jamestown Foundation’s Terrorism Monitor