A brutal March 7 attack on night-club goers in the heart of Mali’s national capital of Bamako using machine-guns and grenades announced the arrival of the bitter fight for control of northern Mali in a region traditionally untouched by the ongoing struggle. Eight people were wounded in the attack and five killed, including three Malians, one Belgian and one French citizen.

La Terrasse night-club, the scene of the attack, is located in the midst of the Hippodrome district of central Bamako, a hub for expatriates and westernized Malian youth who congregate in the districts’ many cafés, restaurants and nightclubs, many of them Lebanese-owned. Like many of its neighbors, La Terrasse is a known gathering place for Malian prostitutes and Western expatriates.

Credit for the attack was claimed by terrorist group al-Murabitun in a 90 second Arabic language audiotape sent to Mauritanian newspaper al-Akhbar: “We claim the last operation in Bamako led by the valiant fighters of al-Murabitoun to retaliate against the miscreant West that insulted and mocked our Prophet and [for the death of] our brother, Ahmed al-Tilemsi” (al-Akhbar [Nouakchott], March 7, 2015). Al-Tilemsi was killed by French Special Forces in the Gao region of northern Mali on December 11, 2014. Ten other jihadists were killed in the raid and three captured.

Al-Murabitun (The Sentinels) was formed in August 2013 through a merger of the Movement for Unity and Justice in West Africa (MUJWA) and veteran terrorist Mokhtar Belmokhtar’s Katibat al-Mulathameen (“Veiled Brigade”; also operating under the name al-Mua’qi’oon Biddam  – “Those who Signed in Blood Brigade”). Al-Murabitun is now led by its founder, Mokhtar Belmokhtar (a.k.a. Khalid Abu al-Abbas). Though Belmokhtar was believed to be the power behind the new group from the beginning, its first official leader was Abu Bakr al-Masri, a veteran Egyptian militant who was killed by French Special Forces in April 2014.

A week after the attack, Malian Special Forces announced they had killed a grenade-throwing accomplice in the attack during a two-hour gun-battle that began during a raid on a residence in Magnambougou, a crowded working-class area of Bamako. A large cache of arms and ammunition was also seized. Identity cards on the body identified the “light-skinned” suspect as Mohamed Tanirou Cissé, a native of Bourem in the Gao region of northern Mali (Nouvelle République, March 13, 2015; AFP, March 13, 2015). Three other suspects have been identified and arrested, including a transport agent working the Gao to Bamako line who arranged the transport of the attackers to Bamako, and a pair of Songhai shop-keeping brothers from Bourem who are alleged to have provided the terrorists accommodation in the capital (L’Essor [Bamako], March 20, 2015).  The principal assailant remains missing. 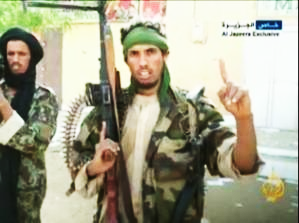 The individual named in the Murabitun statement was Ahmed al-Tilemsi (a.k.a. Abd al-Rahman Ould Amar), a Lamhar Arab from the Gao region with a reputation as a businessman who was not averse to drug-trafficking. Before the 2012 rebellion al-Tilemsi may have been associated with Colonel Abd al-Rahman Ould Meydou’s pro-government Arab militia, but had clearly sided with MUJWA by the time the radical Islamist movement occupied Gao. Though some have suggested his allegiance may have had more to do with protecting his business interests than with ideology, other sources claim he was a dedicated jihadist who held the position of MUJWA military chief in the Gao region. Most observers agree that al-Tilemsi became known as a major financier for MUJWA (RFI, December 11, 2014; Jeune Afrique, July 27, 2012).

All-Murabitun’s message also claimed responsibility for an assassination attempt against the nation’s highest-ranking Arab soldier “for his involvement in the war against the mujahidin” (al-Akhbar [Nouakchott], March 7, 2015). 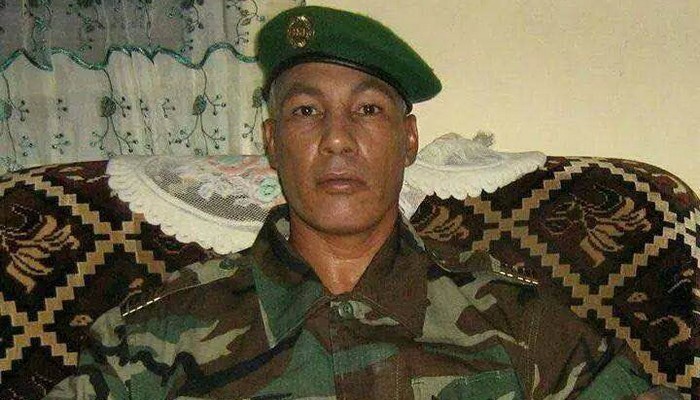 In the course of the January 26 assassination attempt on General Mohamed Abd al-Rahman Ould Meydou outside his home in Bamako’s city center, the general encountered two turbaned men on a motorcycle outside his home. The assailants opened fire, wounding him in the head, hand and leg before leaving him for dead (L’Indépendant [Bamako], January 28, 2015).  Ould Meydou was reported to have received threats days before the attack warning him to change his loyalties or he would be shot (L’Indépendant [Bamako], January 28, 2015).

Along with his Tuareg counterpart, General al-Hajj ag Gamou, Meydou played a vital role in the fighting of 2008’s Operationn Djiguitougou, which used Tuareg and Arab militias to drive Tuareg rebels under the command of the late Ibrahim ag Bahanga out of northern Mali. Colonels during the latest northern rebellion, both men were raised to the rank of Brigadier General in late 2013 in recognition of their vital contributions in restoring government authority in northern Mali. The men are, respectively, the highest-ranking Arab and Tuareg officers in the Malian Army.

Meydou was the target of an ambush directed at eliminating his leadership while travelling between Kidal and the northern garrison town of Aguel Hoc in 2012 but succeeded in escaping with his life. Ag Gamou escaped similar attempts by pretending to join the Islamist insurgents before passing into neighboring Niger with his roughly 400 man force intact. From there, he was able to return to the north in January 2013 alongside a column of Nigerien, Chadian and French forces.

During the operation to retake northern Mali from the Islamist coalition, Ould Meydou led a largely Bérabiche Arab Timbuktu-based militia that co-operated with Malian regular forces in Gao led by Colonel Didier Dacko. Now a Brigadier, Dacko is known as a capable and respected officer who opposes the reintegration of rebels into the regular army as part of any negotiated settlement. The strategy has failed several times, with some officers such as Colonel Hassan ag Fagaga (the current MNLA military chief) shuttling back and forth between the Army and rebel formations.