Mahamadou Issoufou, the newly elected president of Niger, laid out his vision of a more active and cooperative military response to the threat posed to regional security by al-Qaeda in the Islamic Maghreb (AQIM). His views were presented in an interview with Beret Vert, a Niger Army review (Ennahar [Algiers], April 8; AFP, April 8). 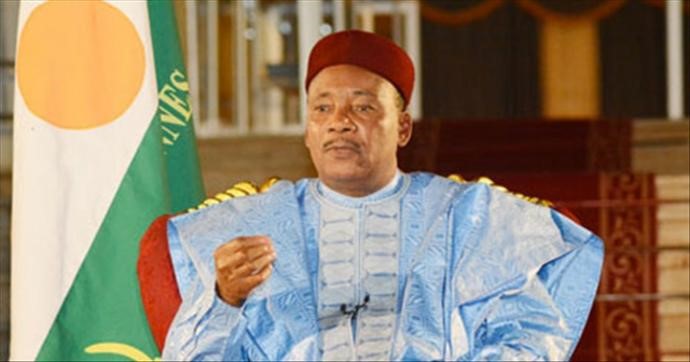 Issoufou was sworn in as the newly elected president of Niger on April 8, the culmination of a successful democratic transition following the February 2010 military coup that overthrew President Mamadou Tandja. The new president faces enormous problems in stabilizing Niger, where severe economic pressures make smuggling, banditry, insurrection or even employment by AQIM seem like rational opportunities for restless young men. Niger was ranked 167 out of 169 states measured in the 2010 UN Human Development Index. Despite the economic pressures, the new president has promised the military better arms, training and equipment (AFP, April 8).

Warning that AQIM has the potential to destabilize the “whole of the Sahara,” Issoufou said the “countries of the north” were “indispensable” for training and equipping Niger’s defense and security forces. Suggesting that Niger’s military was operating “blind” in the vast desert regions of northern Niger, the new president urged Western cooperation in intelligence matters. He also supported the further growth of the joint Sahel intelligence center in Tamanrasset (Centre de Renseignement sur le Sahel – CRS) established by the intelligence chiefs of Algeria, Niger, Mali and Mauritania on October 7, 2010 (see L’Expression [Abidjan], October 7).  Issoufou said he envisaged Niger’s military deployed in new barracks and forward posts throughout the country, including the deployment of Nigerien Special Forces in strategic frontier zones.

Niger’s own army, the roughly 8,000 man Forces Armées Nigeriennes (FAN), is dominated by members of the Djerma-Songhai, historical rivals of the Saharan Tuareg of northern Niger. Fees from uranium concessions form an important part of the military’s funding. The Tuareg have urged military recruitment in northern Niger, which would help end local perceptions of the army as an occupation force.

Only hours after his inauguration, Issoufou took an important step towards reconciliation with Niger’s Tuareg community by appointing Brigi Rafini, an Agadez Tuareg, as his new Prime Minister. Like Issoufou, Rafini was a former minister in the government of President Ibrahim Bare Mainassara, who was assassinated by members of his own bodyguard with a truck-mounted machine gun in 1999.

This article first appeared in the April 14, 2011 issue of the Jamestown Foundation’s Terrorism Monitor