Senior Hizb al-Islam commander Shaykh Ahmad Madobe has declared that Hizb al-Islam is preparing plans to expel rival Islamist militia al-Shabaab from territories in the Juba region of south Somalia (AllPuntland.com, March 1; Shabelle Media Network, March 1).  The lands were seized by al-Shabaab during an offensive against former ally Hizb al-Islam in the last few months. Led by Shaykh Hassan Dahir Aweys, Hizb al-Islam leaders have been regrouping across the Kenyan border and are no doubt planning to take advantage of the long-delayed government offensive against al-Shabaab. 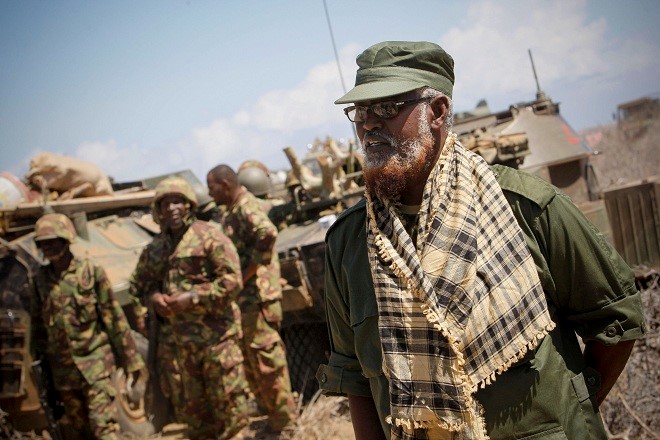 Shaykh Ahmad Madobe warned that stern measures would be taken against anyone found working with al-Shabaab. Besides the projected counter-attack in the Juba region, the Hizb al-Islam commander also said that his movement would begin hunting down al-Shabaab leaders in Mogadishu (Shabelle Media Network, March 1).

After nearly being driven out of Mogadishu last year by a combined Hizb al-Islam/al-Shabaab offensive, Somalia’s Transitional Federal Government (TFG) is enjoying the rift growing between its Islamist opponents as it plans its long-delayed counter-offensive (AllPuntland.com, February 23). According to TFG Minister of State for Defense Yusuf Muhammad Si’ad “Indha Adde”, “We are aware of the conflict that has emerged between Hizb al-Islam and al-Shabaab and we are very happy to hear about it. They subject the civilian population to a lot of suffering and the government will take advantage of this important opportunity” (All Puntland.com, February 23). Indha Adde was a leading member of Hizb al-Islam before he defected to the TFG in May 2009.

Rumors persist in Mogadishu that the TFG will enter into an alliance with Hizb al-Islam to destroy their mutual enemy, al-Shabaab. The scenario is far from impossible in Somalia’s highly fluid political atmosphere and would reunite the two former Islamic Courts Union (ICU) co-chairmen, President Shaykh Sharif Shaykh Ahmad and Hizb al-Islam leader Shaykh Hassan Dahir Aweys, in a common military effort against the ICU’s former militia, al-Shabaab.

Shaykh Hasan Dahir Aweys has lately been trying to distance his group’s Islamist ideology from al-Shabaab’s, while at the same time urging al-Shabaab to stop escalating disputes between Islamist movements in Somalia (Garowe Online, February 28).