Shaykh Yusuf al-Qaradawi, a Muslim Brotherhood ideologue and one of the most influential men in modern Sunni Islam, has long resisted the Salafist trend of condemning Sufi Muslims as heretics and even apostates. Though he has been offered the leadership of the Muslim Brotherhood several times, al-Qaradawi has always declined, saying he would prefer to be a guide for the nation in general, rather than be the leader of a specific group. The Shaykh has pursued this goal through a highly successful media strategy, involving a satellite television show and a popular website, IslamOnline. Nevertheless, he is held in suspicion by the West and is banned from travelling to the UK and the United States. The Shaykh recently offered his views on several issues, including the Sufi-Salafist split in Sunni Islam, in an interview carried by a pan-Arab daily (al-Sharq al-Awsat, December 23, 2010). 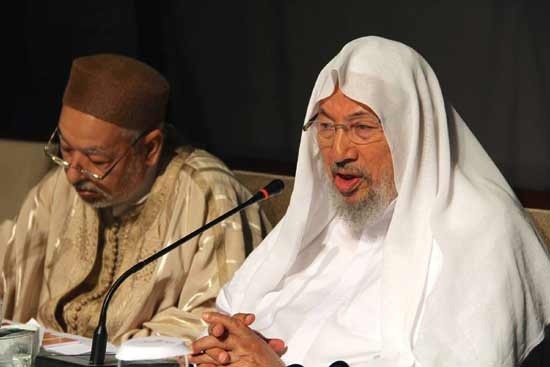 Al-Qaradawi naturally objects to Egypt’s official ban on political participation by the Brotherhood, asking if it is really possible that religious people are banned from practicing politics and participating in the development of the country: “There is no doubt that this is a crime, because religion is the essence of life, and the religious individual has the right to participate in building the country through his personal opinion, be it political, economic, educational, or health opinion… If the groups are banned from working publicly, they will start to work underground. The Islamist groups might be forced to work secretly. This is an unhealthy situation, because whoever works in the open can be held to account for his actions, and you can criticize him, but how can you hold to account whoever works in secret?”

Though the interview took place shortly before the uprising in Tunisia, al-Qaradawi noted that many of the governments in the Arab and Islamic world do not have any popular support and derive their authority solely from rigged elections disguised as democracy: “They are governments that are hated by their peoples, and they govern their countries by brute force and martial and emergency laws rather than governing through the consensus of the people.”

With regard to a growing perception in the Sunni world that Shi’a Islam is intent on expanding its numbers and territory in the Middle East, al-Qaradawi warned that Shiites are trained for preaching their creed and have access to large funds to promote Shi’ism as well as having the support of a major nation — Iran— behind them.

In his defense of Sufism, al-Qaradawi brought up the names of two medieval theologians who are regarded as providing many of the intellectual underpinnings of Salafist Islam: Shaykh Ibn Taymiyah (12633-1328) and his disciple, Imam Ibn al-Qayyim (1292-1350). According to al-Qaradawi, the two were “among the greatest Sufis,” but rejected what was inappropriate in Sufism: “Personally, I call for ‘making Sufi into Salafi’ and ‘making Salafi into Sufi.’ The Sufi takes from the discipline of Salafi in not following the fabricated Hadith, polytheist rites, and tomb-side rites, and we want the Salafi to take from the Sufi tenderness, spirituality, and piousness. From this mixture we get the required Muslim.” 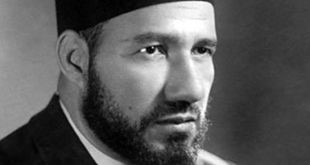 In his search for reconciliation between the two trends of Sunni Islam, al-Qaradawi also called upon the thought of Muslim Brotherhood founder Shaykh Hassan al-Banna (1906-1947), saying al-Banna conceived the Brotherhood as an inclusive grouping of Sunni Muslims: “It is a Salafi movement as it calls for returning to the Koran and Sunna, it is a Sufi tendency as it calls for purifying the hearts and returning to God, it is a Sunni way that is based on honoring the Prophet’s companions and on the work of the Sunni school of thinking.”

Al-Qaradawi suggested that, contrary to public perceptions, Salafism is in fact a constantly evolving trend in Islam that now encompasses several schools of thinking, including those that are close to “centrism” and the ideology of the Muslim Brothers. After long denouncing the Brothers for participation in politics, the Salafists have now taken to politics in a major way. Exposure of the modern Salafists to developments in the wider world through travel after years of isolation and access to theological literature previously unavailable has also led to changes in Salafist jurisprudence.

Al-Qaradawi said the violent Salafi-Jihadi groups do not share the same agenda as the Muslim Brothers, who have told them: “We have tried such things, but they have not been helpful, and we have not gained anything out of them other than detention, suffering and victimization.” He noted that many of these groups, especially those in Egypt, have now reconsidered their strategies, issuing books of “Revisions” outlining their mistakes. Nevertheless, “All Islamist movements are entitled to try for themselves, and start from zero until they reach the conclusions of the preceding groups.”

This article first appeared in the January 28, 2011 issue of the Jamestown Foundation’s Terrorism Monitor