While most eyes were turned to the Muslim Uyghurs of Xinjiang as the possible source of a terrorist strike against last month’s Beijing Olympics, there are reports that members of a little-known Chinese ethnic minority, the Yi, may have been planning their own attack (ICHRD – Information Centre for Human Rights and Democracy, [Hong Kong], August 21). 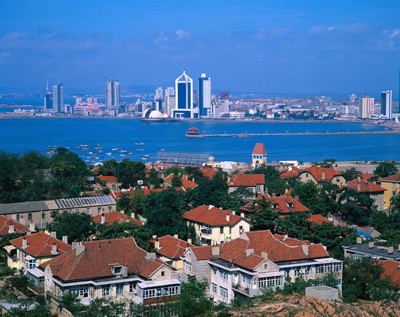 According to the Hong-Kong based ICHRD, on August 17 three men belonging to the Yi minority penetrated the security of the Cangkou military airport in Qingdao (Shandong Province), a Yellow Sea port and former German colony in northeast China once known as Tsingtao. The men, who were alleged to be carrying explosives, were discovered by a guard, and after a brief and unsuccessful struggle to seize the guard’s weapon the men fled, leaving behind explosives and personal documents that later led to their arrest. Cangkou airport played an important role as the source of flights monitoring algae formation off Qingdao, the site of the Olympic sailing events. The ICHRD speculated that “the suspects could have been trying to sneak into the airport and capture or hijack a plane, fly to the competition venues, and crash the plane into the Olympic village or among the competing teams.”

The three suspects were identified by security forces as Ehqi Lahe, Jiluo Lahou and Ehqi Lake, all of the Meigu County of Sichuan Province. Qingdao’s Public Security Bureau quickly denied the possibility of a terrorist plot, insisting that the men were part of a criminal gang that intended to steal from the airport (Zhongguo Xinwen She [Beijing], August 21; South China Morning Post, August 22). In a separate report, the ICHRD claimed that five boxes of explosives were stolen from a Meigu County ordnance factory on July 7 (ICHRD, August 21). 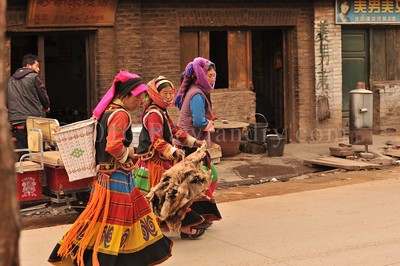 Though a 2000 census found more than 7 million Yi in southwest China, the minority is far from homogenous. There is little interaction between many Yi groups, who have developed distinct social systems, costumes, scripts, and languages, often in relative isolation. Some of the more remote sections of the Yi did not come under central Chinese control until after the Communists took over in 1949. Like the Uyghurs, certain Yi scholars maintain that their culture and civilization predates that of the dominant Han Chinese by thousands of years. The Yi are primarily found in the Sichuan, Yunnan, and Guizhou provinces, as well as the Guangxi Zhuang Autonomous Region.

The Yi of Sichuan Province are deeply impoverished and have lately been disturbed by tourist development of their sacred lands in the region. An April investigative report by the Guangdong Southern Metropolis newspaper claimed that thousands of Yi children from the Liangshan district of Sichuan were being sold into slavery “like cabbages” to fuel the need for industrial labor in southern China.

A report from the government-owned Xinhua News Agency stated that 225 pilots from China’s ethnic minorities, including the Yi, were “working hard to ensure normal and safe operation of flights during the ongoing Beijing Olympic Games” (Xinhua, August 21).

Though the ICHRD is basically a one-man operation conducted by twice-imprisoned dissident Frank Lu Siqing, it is regarded as an authoritative source for reports on human rights issues in mainland China by the U.S. government and major news agencies including the BBC, VOA, CNN, and numerous others. Lu Siqing was granted permanent residence status in Hong Kong in 2000 under the “one country, two systems” policy of the Beijing government (AP, August 19, 2000). According to the ICHRD website, Lu Siqing operates a network of 5,000 informers within mainland China. The informers escape police scrutiny by calling Lu Siqing’s pager from a public telephone, a local call. Lu Siqing then calls them back on the same line. Lu Siqing has also suggested providing his informers with tiny “spy-rate” cameras and video cameras to document human rights abuses within China.

This article first appeared in the September 2, 2008 issue of the Jamestown Foundation’s Terrorism Focus