A jihadi website recently hosted an opportunity for its readers to pose questions to Abu Muhammad al-Iraqi, the Amir of Iraq’s Abu Bakr al-Siddiq al-Salafi Army, a Salafist group active since 2003 (hanein.net, August 19). The movement is named for the first of the “righteously guided Caliphs,” Abu Bakr, who during his short rule (632-634) initiated the Muslim conquest of Iraq from the Sassanid Persians under his outstanding general, Khalid ibn al-Walid. 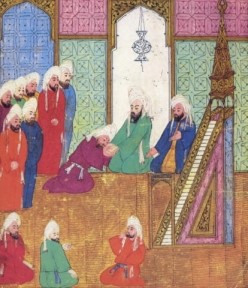 Abu Muhammad denies the participation of any Ba’athists in the Abu Bakr Army, asking how Salafis could possibly cooperate with secularists, though he acknowledges a small number of former Iraqi Army officers have joined the ranks of his movement – “they are few and with a righteous doctrine.” According to the Amir, there are no foreign Arab mujahidin in the Abu Bakr Army as a result of an early decision that such a move might prove divisive. Nonetheless, the movement “opened our homes for them and provided them with food, drinks, and assistance.”

The Abu Bakr Army has carried out a number of suicide operations. Abu Muhammad declares “the martyrdom-seeking operations are blessed because they denied the enemies sleep and terrified them.” In response to a question seeking the reason for an apparent decline in jihadi operations, Abu Muhammad suggested; “the decrease is general, and not limited to a specific faction, due to the recent situation,” possibly referring to the Coalition “surge.” The Amir also says that the Abu Bakr Army does not claim responsibility for military operations unless it has videotape of the action it can post on the internet; “If we cannot film any operation, regardless of its importance, we do not announce it. For years, this has been our approach and we have carried out innumerous operations of great importance that were tackled by media outlets, but we did not claim responsibility for them.”

Abu Muhammad describes the Baghdad government as followers of “the Jews and Christians,” and thus incapable of negotiating any settlement with the occupiers.

Our goal is the establishment of an Islamic state that is governed by the Koran and the Sunna, which are interpreted in the Salafi way. This will be the beginning of the declaration of the Islamic Caliphate that will include all Muslims from all different countries and ethnicities. The Caliphate cannot be based on nationalism and patriotism.” The Amir rejects the legitimacy of the Kurdish peshmerga militias and the Shi’a Mahdi Army (which he calls the Jaysh al-Dajjal, or Army of the Antichrist). He condemns the American-allied Awakening Councils, but suggests “many of the Awakening Councils were deceived and were given fatwas allowing them to enter the arena to protect the Sunni areas with the pledge not to attack the mujahideen.

Unification of the various resistance movements has proven difficult because of “the diversity of different methodologies, the lack of harmony among hearts, the trading of accusations, the hegemony attempts, the interference of external parties, wrong Shari’a policies, and blood shedding.” The leaders of the Abu Bakr Army have discussed the possibility of civil war between these groups, but Abu Muhammad does not expect such a development until the departure of the Americans.

This article first appeared in the September 2, 2008 issue of the Jamestown Foundation’s Terrorism Focus