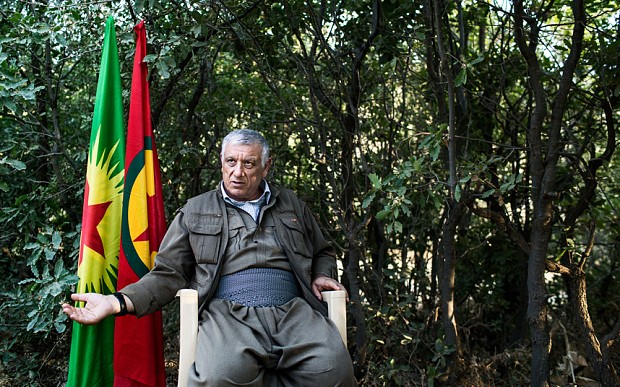 Together with alleged rival Murat Karayilan and military commander Fehman Hussein (a.k.a. Bahoz Erdal), Bayik is one of the PKK’s core leaders in the absence of the imprisoned Abdullah Ocalan. Under increasing pressure from the Turkish military in northern Iraq, Bayik was reported to have escaped across the border to Iran in May, where his small group was attacked by Iranian troops (Today’s Zaman, May 22; see also Terrorism Focus, May 20). Bayik’s military skills and leadership were criticized by Abdullah Ocalan during his 1999 trial, with Ocalan suggesting Bayik preferred to remain behind the frontlines. Little has been heard from Bayik since his flight to Iran, though it appears he may have now returned to northern Iraq.

Bayik points to the “toughened” policies of Turkey’s ruling Justice and Development Party (Adalet ve Kalkınma Partisi – AKP) towards the Kurdish people as proof the AKP is using the conflict to ingratiate itself with a civilian and military bureaucracy that was seeking to shut down the AKP. The PKK leader alleges a decision to pursue a military solution was made at a private meeting in June between General Ilker Basbug (who takes over as Chief of Staff this month) and Prime Minister Recep Tayyip Erdogan (Sabah, June 25). Nevertheless, “The PKK is powerful enough to dictate a solution to the Kurdish problem. A democratic solution could be possible if people and guerillas put up effective resistance.”

Regarding Ankara’s relations with Washington, Bayik charges Turkey with committing itself to U.S. policies in the region to earn American support against the PKK. The Turkish state “will resort to every possible method to create a dispute between us and the United States and political parties in Southern Kurdistan [northern Iraq] because experience it gained in the past decade showed it that it could not defeat Kurdish guerillas without external support.” Bayik seems to have regarded the United States as a potential ally in the past, alleging that U.S. authorities were in contact with the Iranian Kurdish wing of the PKK, the Party for Freedom in Life in Kurdistan (PJAK), which shares bases, equipment, and infrastructure with the PKK in the Qandil Mountains of northern Iraq (AFP, November 23, 2006). Reports of American weapons being delivered to PJAK camps in the Qandil Mountains threatened to sever U.S.-Turkish relations last year before a new pact was worked out on intelligence sharing and other co-operation against the PKK.

Bayik denies U.S. and EU charges that the PKK finances itself through drug trafficking in Europe, suggesting that it is the Turkish state that uses profits from the drug trade to finance its battle against the PKK. The U.S. turns a blind eye to this in order to increase its popularity in Turkey and use Ankara to further its regional policy (see Terrorism Monitor, June 12). Bayik also comments on Turkey’s “deep-state” Ergenekon conspiracy, suggesting that the arrests of retired generals and other suspects was only part of an attempt by the AKP to garner U.S. and EU approval.

The improving relations between Turkey and the Kurdish Regional Government (KRG) of northern Iraq are obviously worrisome for the PKK, whose bases are located in northern Iraq. Bayik cautions rather than condemns KRG leaders for recent remarks indicating an absence of support for the PKK’s struggle: “We cannot say that our relations with powers in South Kurdistan are not satisfactory… We are going through a period when more positive developments than negative ones could be witnessed from the standpoint of Kurdish people…We can say that the powers in South Kurdistan encourage Turkey by making wrongheaded statements.”

This article first appeared in the August 12, 2008 issue of the Jamestown Foundation’s Terrorism Focus