Although a final decision has not yet been made in the Turkish capital of Ankara, preparations by the Turkish armed forces continue for a series of strikes against the northern Iraqi bases that hold an estimated 3,800 guerrillas of the Kurdistan Workers’ Party (PKK), an internationally designated terrorist group. Anti-American public opinion is on the rise in Turkey at the same time that the country heads toward a presidential election in May and parliamentary elections in November. The intentions of Turkey’s military have become clearer in the past few days. The general staff is recommending direct airborne strikes on PKK bases, avoiding a politically problematic occupation of the region as well as depriving militant Iraqi Kurds of land-based military targets. The operation is scheduled to last three months, with Turkish troops being airlifted back to Turkish bases every evening. There would be no attempt to hold territory except for a buffer zone along the border designed to prevent Kurdish infiltration into Turkey (Tempo, April 13). Turkey’s National Security Council has also approved a set of military, economic and diplomatic sanctions against Iraq in an effort to persuade Baghdad to expel the PKK fighters (Middle East News Line, April 15). 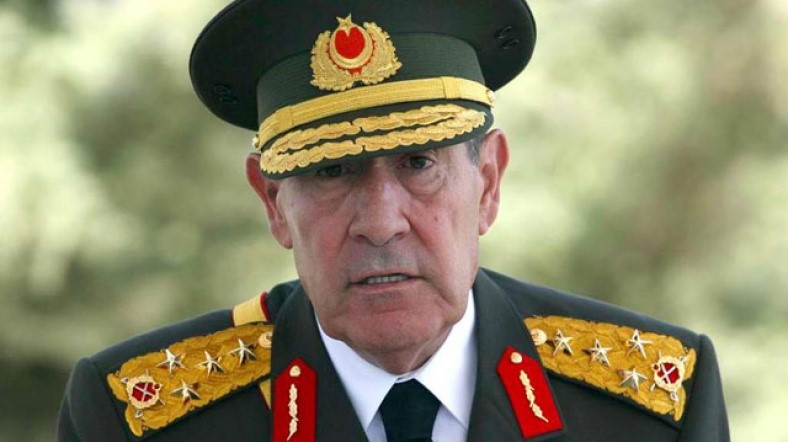 In a television interview earlier this month, Kurdistan Regional Government leader Massoud Barzani insisted that Iraqi Kurds would interfere in the Kurdish regions of Turkey if Ankara continued with plans to intervene in northern Iraq. In a furious response, Turkish Prime Minister Recep Tayyip Erdogan declared that Iraqi Kurds were making “a very serious mistake” and that Barzani would be “crushed with his own words” (Asia Times, April 14).

In an unusual development, the chief of the Turkish General Staff, Yasar Buyukanit, held a press conference on April 12 to suggest that the Turkish Armed Forces mount attacks on PKK bases in northern Iraq. With fighting already underway between the army and Kurds in southeast Turkey, the general accused the Iraqi Kurds of providing logistical support to terrorists, making military operations a necessity. General Buyukanit finished by noting that an offensive into Iraq ultimately remained a political decision. The surprise presentation was clearly intended to test the political will of Turkey’s ruling Justice and Development Party, as well as to put the United States on notice of the gravity of a situation that Turkey’s generals feel Washington is ignoring.

The general’s remarks had an immediate impact in Iraq. Iraqi parliamentary speaker Mahmoud al-Mashhadani offered his support for Massoud Barzani, adding that “the hand that will be extended to interfere in our internal affairs will be cut, if not today then tomorrow” (Today’s Zaman, April 14). The speaker of the regional Kurdish parliament termed the general’s comments “a dangerous escalation” (Daily Star [Beirut], April 14).

On April 13, Turkey asked the United States to cooperate in preventing the relocation to Kirkuk of 10,000 Kurdish refugees from northern Iraq’s Makhmour refugee camp. Turkish authorities insist that the camp is used as a PKK training camp and must be closed down. They are equally concerned about the growing number of Kurds moving into the oil-rich Kirkuk region in advance of a referendum to decide whether Kirkuk should belong to the semi-autonomous Kurdish province of Iraq. Ankara has made it clear that U.S. help in closing Makhmour should be regarded as the beginning, rather than the sum, of U.S. efforts to eliminate the PKK in northern Iraq (Today’s Zaman, April 13).

After Barzani’s outburst, Iraqi Prime Minister Nuri al-Maliki was forced to immediately reassure Prime Minister Erdogan that Iraq’s foreign policy was still in the hands of the Baghdad government. Turkey’s diplomats deal exclusively with the central government in Baghdad, carefully avoiding any recognition of Kurdish autonomy. Despite Barzani’s provocative remarks, many Iraqi Kurds are determined to resolve the dispute with Turkey through dialogue. The success of northern Iraq’s “Kurdish project” depends on a sustainable economic relationship with their Turkish neighbors. The prime minister of northern Iraq’s regional assembly, Nechirvan Barzani, made this clear: “Turkey is our gate to Europe…We’ve never gotten involved in Turkey’s internal affairs, and we have no intention of getting involved in the future” (Today’s Zaman, April 14). Turkey is still awaiting a response from the Iraqi parliament to a diplomatic note demanding that the Iraqi forces fulfill their international anti-terrorist obligations by arresting PKK members in Iraq and extraditing them for trial in Turkey (New Anatolian, April 13).

Adding another complication to the issue, there are reports that various members of Al-Qaeda in Iraq, Ansar al-Islam and other Sunni militant groups are moving north from their usual zone of operations to avoid the U.S. surge in central Iraq. Anywhere from 50 to 300 militants are reported to be employing Kurdish guides to enter northern Iraq with the intention of forming “the Kurdistan Brigade of al-Qaeda” (Awene [Sulaymaniyah], April 10; Terrorism Focus, April 3).

There are economic, as well as security considerations, at risk in the dispute between Washington and Ankara over the correct course of action in northern Iraq. Royal Dutch Shell is ready to reenter the Iraqi energy market in cooperation with Turkey’s state petroleum company, TPAO. The joint project would build a pipeline from the oil fields of Kirkuk to Turkey’s Mediterranean port of Ceyhan, but it awaits ratification in Baghdad (The Times, April 13). Continued Turkish support is also vital for U.S. and coalition forces in Iraq. Approximately 74% of coalition air cargo passes through Turkey’s Incirlik airbase, while nearly a quarter of coalition fuel supplies come from Turkey. Much of the fuel and electricity used in northern Iraq also comes across the Turkish border.

Ankara has already been warned by its friends in Europe that any offensive into northern Iraq will have an immediate negative impact on Turkish efforts to join the European Union. General Buyukanit’s address has raised eyebrows in Brussels, where European Union rules demand civilian control of the military in member states. European Union accession talks, however, are basically going nowhere at the moment, fueling a growing nationalist movement in Turkey that is no longer willing to submit the country to the “humiliation” of an ever-shifting set of EU accession criteria. Disappointment with the level of U.S. activity against the “PKK terrorists” may soon lead to Turkey taking independent action to secure its borders in a region of increasing economic importance.

This article first appeared in the April 17, 2007 issue of the Jamestown Foundation’s Terrorism Focus