Following an appeal from an al-Qaeda front organization calling on Iraqi Sunnis to take up arms against the nation’s Shiite majority, a series of devastating car bombings and roadside explosions targeted the Shiite neighborhoods of Baghdad on February 17, killing 26 people and wounding 119 others. Four more car-bombs were discovered and defused by Baghdadi police the next day (al-Bayan [Baghdad], February 18; al-Sabah, February 18). 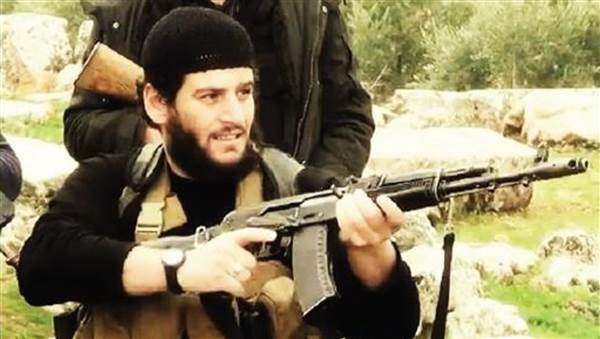 The blasts came a day after the February 16 assassination of a senior army intelligence officer, Brigadier General Awuni Ali, and two of his aides by a suicide bomber in Mosul, one of ten such attacks so far this year (al-Sabah al-Jadid [Baghdad], February 17). Daily political violence is clearly on the increase again in Iraq; on the same day General Awuni Ali was killed, a police colonel was murdered at a checkpoint in Mosul, a police officer killed and three wounded by a roadside bomb in al-Anbar province and a judge killed by a“sticky bomb” in Kirkuk (AFP, February 16; al-Sabah al-Jadid [Baghdad], February 18). 246 people were killed in Iraq in January alone as the violence proliferates (AFP, February 1).

Since last December, thousands of Sunnis have participated in daily demonstrations in heavily Sunni western Iraq (particularly in al-Anbar province), complaining of sectarian-based discrimination and calling for the resignation of Prime Minister Nuri al-Maliki (al-Jazeera, February 2). The initial demonstrations were sparked by the December 20 arrest of at least nine guards of Finance Minister Rafa al-Issawi, a top Sunni leader.

Similar marches have been carried out by the Sunnis of Baghdad, Mosul and Samarra. Massive anti-government protests in Fallujah were further inflamed by death in late January of seven young protesters in clashes with security forces (al-Jazeera, February 2). The deaths presented an immediate obstacle to attempts by the Maliki government to appease the growing hostility of the Sunni community. In recent weeks, the government claims to have released 900 prisoners, raised the salaries of Sunni militiamen fighting al-Qaeda and apologized for holding detainees without charge for long periods (AFP, February 1). Many of the Sunni detainees were arrested on the basis of information received from secret informers, a practice the prime minister has promised to stop. Massive unemployment, government corruption and a failure to provide basic services are all additional factors aggravating Sunni alienation from the post-Ba’athist state.

A statement of responsibility for the attacks was issued by the Islamic State of Iraq (ISI), an al-Qaeda-led coalition of Sunni jihadists. The statement assured Iraqis that the attacks were carried out by muwahidin (monotheists), as opposed to the Shiite “polytheists,” as they are known to Sunni extremists. The statement tries to tie the ISI to the broader and generally peaceful Sunni anti-government demonstrations by claiming the bombings were carried out in response to Shiite efforts “stop the spread of the protests, terrorize those participating in them and prevent [the protests] from reaching Baghdad and its Sunni belt.” [1]

The ISI’s appeal to Iraq’s Sunnis was issued under the name of Shaykh Abu Muhammad al-Adnani, the official spokesman of the Islamic State in Iraq. [2] Al-Adnani’s message was primarily dedicated to convincing former al-Qaeda fighters who had joined the anti-terrorist Sahwa (Awakening) militias to return to al-Qaeda without fear of retribution. To do this, al-Adnani presented “Seven Facts” regarding the sectarian and political situation in Iraq today:

1/ Rebellion against the “Safavid” (Shiite) government is “the beginning of the end of your crises” and the means of retrieving dignity, rights and sovereignty. [3]

2/ Sunni politicians are unable to achieve any of the Sunnis’ legitimate demands or protect their rights. They are incapable of even protecting themselves “if the Safavids turn against them.”

3/ Sunni politicians have never been bothered by the desecration of Sunni holy places, the violation of Sunni women or the imprisonment of “hundreds of thousands of prisoners and detainees.” They are concerned only with preserving Iranian sovereignty over Iraq.

4/ Iraq’s “Rafavid” (lit. “defecters [from Islam]”, i.e. Shi’a) leaders have nothing but hatred for the Sunni community. Al-Adnani singles out leading Shi’a politician Baqir Jabr al-Zubaydi as a particularly egregious example of these attitudes (al-Zubaydi has in the past described the Arab Spring as a Zionist-inspired movement and accused Qatar and Saudi Arabia of financing terrorism in Iraq – see al-Bayyinah al-Jadidah [Baghdad], October 22, 2012). Even though “the idiot dog of Iran” (i.e. Prime Minister Malik al-Nuri) has “shown his teeth,” other Shiite politicians retain the image of sheep to trick Sunni politicians into forming alliances with them. Sunnis must especially beware “the lunatic Muqtada” (i.e. leading Shiite cleric and political leader Muqtada al-Sadr), “who prayed with you and gave you sweet talk while his militias are now killing Sunnis in al-Sham (Syria).”

5/ The Safavid government won’t hesitate to shed Sunni blood and has already begun to do so. Nuri al-Maliki has borrowed his belittling rhetoric from the Nusayriyah (Alawites, i.e. the Syrian regime of Bashar al-Assad). The Safavids don’t have a chance to rule Iraq, so they will “fight to the death” to maintain their temporary political superiority.  In these circumstances, what has already been endured by Sunnis in Iraq and Syria will not be “one-tenth what they will receive from the Rafida of Iraq when they show their full reality.” At that point, Iraqi Sunnis will be faced with a choice; bow to the Rafida and be humiliated, or take up arms and seize the upper hand.

6/ There is “no use” to having peace with the Rafavids, as the people of al-Shams (Syria) can testify.

7/ Gaining dignity and freedom has never been accomplished without “a barrage of bullets and spilling blood.” Iraq’s Sunnis must choose between elections and Safavid-imposed humiliation or “arms, jihad and the tribute of pride and dignity.”

As al-Qaeda bombs continue to target Iraq’s Shiite majority, there is the danger that Shiite “self-defense” militias will return to the streets, reviving the bitter and bloody sectarian warfare that prevailed in Iraq in the mid-2000s. The recent announcement of the creation of a new Shiite militia called the Mukhtar Army “to help security forces” in the battle against extremism brought a government reminder that only state security forces are allowed to carry arms in the streets (Xinhua, February 10).

1. Ministry of Information / Islamic State of Iraq, “Statement about the attack of the Muwahidin in Baghdad in response to the recent crimes of the Safavid government,”  ansar1.info, February 17, 2013.

3. “Safavid” is used here in a pejorative sense to refer to Iraqi Shiites while implying their subservience to Iran. The Persian Safavid Dynasty (1501-1736) controlled much of modern-day Iran, Iraq, Afghanistan and the Caucasus region.

This article was originally published in the Jamestown Foundation Terrorism Monitor, February 22, 2013.