The issue of who should control weapons belonging to the Lebanese Shiite movement Hezbollah continues to dominate meetings of Lebanon’s high-level National Dialogue Commission (founded in 2006). While Hezbollah insists on retaining its arms as part of Lebanon’s front-line defense against Israel, other national leaders demand the movement turn its arms over to the state for incorporation into the Lebanese Army as part of a National Defense Strategy. Most vocal of the proponents for this latter course is Samir Ja’ja (or Gea’gea), the leader of the Lebanese Forces (LF), a once formidable Maronite Christian militia that has now entered the political process. 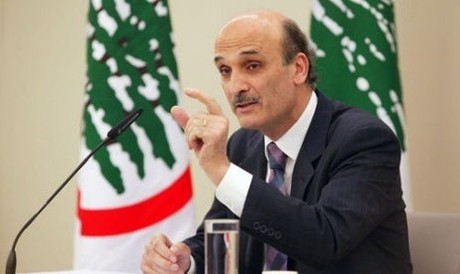 Currently an ally of Sunni leader Sa’ad Hariri, Ja’ja was a prominent anti-Syrian military leader during Lebanon’s civil war in the 1970s and 80s. After Syria took effective control of Lebanon, the Maronite militia leader was imprisoned for 11 years in solitary confinement in a sub-basement of the Ministry of Defense building in Beirut. The charges and conviction remained controversial, with Ja’ja finally being released by an act of Parliament after the 2005 Cedar Revolution. Ja’ja maintains that a unified state cannot be created in Lebanon so long as arms remain outside state control, and rejects Hezbollah’s claim that Lebanon cannot defend itself unless the Shi’a movement remains armed:

It is not true that the Lebanese Army is incapable of protecting Lebanon, and Hezbollah alone is capable of this. In the army there are more and better trained special units than those possessed by Hezbollah. Why do we not allow the army to draw up the necessary plans to defend Lebanon and its south? … We consider that Hezbollah’s weapons expose Lebanon to danger more than they defend it (al-Sharq al-Awsat, April 16; Now Lebanon, April 14).

This danger emanates from the threat to Lebanese sovereignty posed by Hezbollah’s independent military. Ja’ja maintains Hezbollah is part of a regional network that “starts from Tehran and does not end in Damascus” (al-Sharq al-Awsat, April 16). Decisions regarding confrontation with the Israeli enemy are made not by the elected officials in Beirut, but by Hezbollah in coordination with Tehran and Damascus. Hezbollah insists its weapons are “not a subject for discussion” in the National Dialogue (Daily Star [Beirut], March 8).

Ja’ja says Hezbollah is not serious about its participation in the National Dialogue as it has failed to present its own plan for a national defense strategy. The LF leader says his party would like to see the Lebanese Army develop special units similar to Hezbollah’s highly mobile guerrilla forces (Now Lebanon, April 11).

Negotiations on the arms issue have been complicated by unconfirmed Israeli and U.S. claims that Syria is supplying Hezbollah with Scud missiles, a weapon whose relative immobility, sluggish deployment and need for a large support team of technicians and vehicles makes it nearly useless in Hezbollah’s tactical planning, which relies on smaller, highly mobile missiles that can be deployed and fired in the few minutes available before an Israeli counter-strike by fighter-jets. Though Hezbollah and Syria have termed the reports a “fabrication,” Israeli jets have responded by performing aerial maneuvers over Beirut and southern Lebanon (Daily Star, April 19; Reuters, April 16). The primitive Scud missiles were used against Israel by Iraq in the 1990-91 Gulf War, but caused little damage and no direct deaths.

Druze chieftain and leader of the Democratic Gathering, veteran warlord and politician Walid Jumblatt, has called for the issue of Hezbollah’s weapons to be dropped from the national dialog after reconciling with his long-time enemies in Damascus (al-Sharq al-Awsat, April 16). Ja’ja’s Maronite rival, General Michel Aoun, who has also reconciled with Damascus, threatened to quit the dialogue if details were leaked to the press. The threat led Ja’ja to suggest, “This is an invitation to talk more and more about the issue of arms” (Ya Libnan, April 15). The new positions adopted by Jumblatt and Aoun forced President Michel Sulayman to adjourn the national dialogue until June 3.

A related topic being discussed in the national dialogue is the issue of arms held by Palestinians in Lebanese refugee camps. After a number of recent clashes within the camps, Syria has offered to assist in the resolution of this matter (al-Liwaa, April 9). As Ja’ja pointed out in a recent interview, Syrian intelligence agencies are highly influential within the camps (Now Lebanon, April 9).