In a July 5 interview on Turkey’s Star TV, Chief of the Turkish General Staff Ilker Basbug made a number of controversial remarks regarding Turkey’s counter-terrorism strategy that have led to calls for his resignation, public criticism from the Turkish president and even a criminal complaint.

During the interview, General Basbug pointed out that the PKK has suffered enormous losses over the years from Turkish military counter-measures. Despite this, the movement still has about 4,000 active fighters. Basbug explains this by suggesting the PKK has benefitted from international political developments that have saved the movement each time it was on the verge of collapse. More important, however, is Turkey’s failure to properly assess the PKK’s resilience; “When incidents of terrorism subside or vanish in Turkey – we do not perceive this correctly. [We assume that] the terrorist organization is finished or that it has disbanded. In reality, the mountain cadres of the terrorist organization remained intact” (Anatolia, July 7; Milliyet, July 12).

The General outlined three essentials necessary for the continued operations of the PKK:

•    Human Resources – Recruits must be prevented from joining the terrorists, otherwise the constant attrition of PKK numbers will have little real effect.

•    Financial Resources – Basbug identified three main sources of PKK funding: the narcotics trade, human trafficking and extortion. All three sources are based on activities in Europe, leading Basbug to ask, “Is it not our right to ask these countries to take serious steps to control and to cut off the financing sources of the organization and to produce results?”

•    Safe Havens – The PKK continues to find secure spaces within Turkey as well as in neighboring countries like Iraq. Basbug complained that “powerful entities” in northern Iraq [i.e. the Kurdistan Regional Government] are not playing a part in eliminating the terrorists. He also pointed out that the PKK continues to receive logistical support in this region, making his boldest comments of the interview, “We are at a point where the time for talking is over. Turkey lost so many martyrs in the last two months. This causes heartaches to all of us. It is time – and getting late – for individuals, institutions, states, and entities in northern Iraq to fulfill the responsibilities incumbent upon them.”

Basbug also warned of deeper implications for international relations, even with its American NATO ally. He stated, “The PKK presence in northern Iraq may have a negative influence on Turkish-Iraqi relations in the coming period. To some extent, it may also have a negative effect on Turkish-US relations.” There is speculation within Turkey that the United States has cut back on its sharing of actionable intelligence with the Turkish military after Turkey voted against new sanctions on Iran in the UN Security Council. Allegedly, this has contributed to the success of several recent large-scale PKK attacks, but a spokesperson for the American embassy in Ankara denied any cutbacks in intelligence sharing (Hurriyet, June 20).

Also in the General’s sights were parliamentary deputies of the pro-Kurdish Peace and Democracy Party (Baris ve Demokrasi Partisi – BDP). According to Basbug, “They took an oath on the Constitution as deputies in Parliament, but then attended the funerals of terrorists… Either abandon your position as a deputy and go to the mountains [to join the PKK] or fulfill the responsibilities that stem from your oath in Parliament.”  BDP co-chair Selahattin Demirtas responded, “The Chief of General Staff is not in the position to give us orders. He committed a crime and should be deposed from office… Starting from now, Gen. Basbug is responsible for any possible undesirable incidents that may happen to BDP deputies” (Bianet, July 8; Today’s Zaman, July 7). One independent Turkish daily criticized the General’s remarks, saying, “While others are struggling to make the people come down from the mountains, the Chief of the General Staff takes efforts to direct the parliamentarians towards the mountains” (Taraf, July 8). 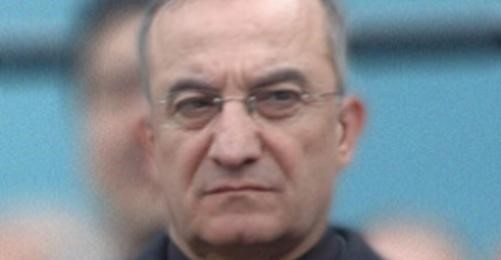 Turkish jurists took offense at the General’s defense of Ergenekon suspects, including Gendarmerie Colonel Cemal Temizoz, who has been accused of leading a secret Gendarmerie formation in southeastern Turkey specializing in the torture and extrajudicial killing of Kurdish nationalists. According to Basbug, “Unjust accusations against officers, generals and non-commissioned officers disturbed me greatly. They are accused of membership in a terrorist organization. Colonel Temizoz is such an example” (Today’s Zaman, July 7). The remarks were interpreted as an attempt to put pressure on the judiciary in an ongoing investigation. Colonel Temizoz faces nine life sentences without the possibility of parole.  The Turkish Human Rights Association (Insan Haklari Dernegi – IHD) said the General’s comments should be interpreted as support for crime and criminals. In cooperation with a number of lawyers from southeastern Anatolia, the IHD filed a criminal complaint accusing Basbug of spreading hatred (Today’s Zaman, July 11).

President Abdullah Gul joined in the condemnations of Basbug’s statements, particularly his decision to reveal details of Turkey’s counter-terrorism strategy previously discussed at classified meetings of the National Security Council (Milli Guvenlik Kurulu – MGK). Gul stated, “There is already an ongoing counterterrorism program. Talking about this does not bring any benefit” (Today’s Zaman, July 9).

General Basbug has also come under fire for publishing a speech on terrorism in the official Israeli Defense Forces (IDF) magazine Maarachot. The article underwent final editing after the IDF’s disastrous May 31 raid on a Turkish humanitarian aid ship in international waters that left nine Turks dead (Haaretz, July 5). Basbug is scheduled to complete his term as chief-of-staff on August 30.

This article first appeared in the July 16, 2010 issue of the Jamestown Foundation’s Terrorism Monitor