In an Arabic-language interview carried on January 29 by al-Jazeera, Afghanistan president Hamid Karzai acknowledged that covert talks with Mullah Omar’s Taliban began nearly 15 months ago in Saudi Arabia and suggested NATO had made “major errors” in the defense of his regime.

With regard to trying American, British or NATO soldiers for killing Afghan civilians, Karzai confirmed his desire to have suspects delivered over to his government for justice. “We want this and we demand it.” At the same time, the president said it was his intention to follow through with his campaign pledge to “free every Afghan prisoner” held in American prisons in Afghanistan. “I hope that the U.S. side will understand this as an indispensable need in order to win the trust of the Afghan people so that they might continue their journey with us. In order that the United States might succeed in Afghanistan this thing must happen.” 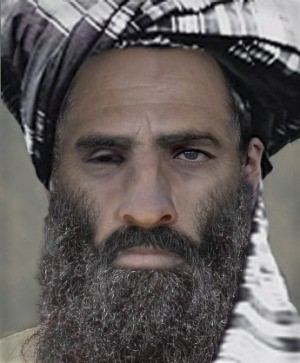 While acknowledging the Afghan National Army was not yet capable of ensuring national security, Karzai laid the bulk of the blame for Afghanistan’s deteriorating security conditions at the feet of NATO. “Both sides are responsible… The Afghan forces were not strong enough and they made mistakes. The NATO forces made major errors.” Karzai suggests that the bulk of the Taliban forces are composed of young men without hope or shelter and distinguishes between these young men and “the terrorists” that must be defeated in Afghanistan. “That is what I want the NATO forces to understand; namely, that the war against terrorism should not be waged in Afghanistan’s villages; it does not mean pursuing every man with a beard and a turban, or anyone who dons the Afghan traditional outfit.”

The president confirmed recent rumors that members of his government had met with a Taliban delegation approved by Afghan Taliban leader Mullah Muhammad Omar in Saudi Arabia in September 2008. “Yes, this happened sometime ago. They are Afghans and we also are Afghans and we have known each other since the days of jihad against the Soviets. There was cooperation between me and Taliban when this movement appeared. I know them very well.” The talks in Mecca were reportedly initiated after a senior Saudi official traveled to Pakistan’s North Waziristan Tribal Agency in an attempt to meet with top Taliban leaders and al-Qaeda’s deputy leader, Dr. Ayman al-Zawahiri. Though the Saudi official failed to meet anyone other than third-tier Taliban commanders, the effort led to the organization of secret talks in Mecca sponsored by the Saudis and attended by American officials. Though nothing came of these talks due to the Taliban’s insistence on an American withdrawal before negotiations could begin, parleys facilitated by Pakistan’s Inter-Service Intelligence (ISI) and Saudi Arabia’s General Intelligence Directorate (GID) are reported to be ongoing (The News [Islamabad], February 6).  Karzai announced on January 28 that he had made a formal request to Saudi Arabia’s King Abdullah bin Abdul Aziz Al Saud for help in facilitating talks with the Taliban (The News, January 28).

Karzai denied the existence of direct talks between himself and Mullah Omar. “Unfortunately I cannot find him and talk to him directly. If I can find his telephone number or his address I will certain contact him.” In another interview several days later, Karzai expressed his hope for reconciliation with Mullah Omar and the Taliban leader’s return to Afghanistan – under one condition: “Mullah Omar is first and foremost an Afghan, and we want all Afghans to return. Afghanistan is a democratic country, but it is also an Islamic country, and the Taliban know that… The rejection of al-Qaeda and terrorist networks is an absolute prerequisite [for reconciliation]” (Der Spiegel, January 31).

This article first appeared in the February 12, 2010 issue of the Jamestown Foundation’s Terrorism Monitor