To the surprise of many, the independent government of Chechnya made an orderly transition of power after the killing of former President Abdul-Khalim Sadulayev earlier this month. Succeeding the charismatic Islamic scholar as president is a no-nonsense veteran of two wars against Russia, Dokku Umarov. Under Sadulayev, the resistance dreamed of liberating the entire North Caucasus under his leadership as the grand Imam and successor to the mantle of 19th century warrior Imam Shamyl. Dokku Umarov’s first statement as president marks a return to reality, as the new leader declared the dirty business of combating “national traitors” and collaborationists as his first priority. 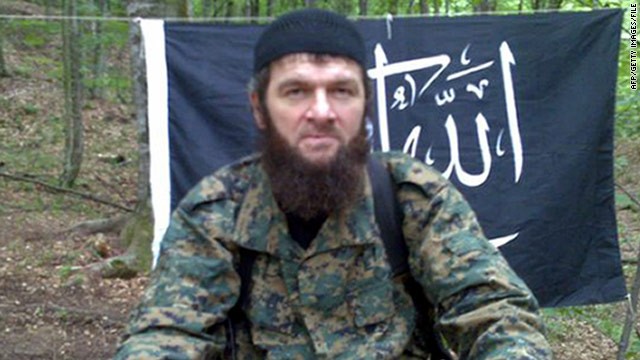 The demands of the presidency will place taxing demands on Umarov’s traditional penchant for caution and his gift for concealment. In mid-May, Russian security forces discovered Umarov’s battle headquarters in a bunker in the centre of the village of Assinovskaya, only meters from the local police headquarters. (Kommersant, May 15). As president, Umarov will now have to regularly travel from his home turf in the Southwestern Front. Ironically, his greatest danger will be from fellow Chechens who may be willing to betray his presence to the security forces. Umarov recognizes that this danger is inevitable and is prepared to eliminate “collaborationists” who threaten the resistance movement, including those he describes as working “under cover of a civilian status, carrying out explosions and secret service operations against us” (Chechenpress, June 23).

In his first statement as president, Umarov declared his readiness to open “new fronts” in the struggle within the Russian Republic. While Umarov has stated that he will continue to follow Maskhadov/Sadulayev strategy of expanding the conflict through the North Caucasus, he is emphatic that his best fighters will give priority to the elimination of Chechens “in the service of the occupiers,” whether in a military or civil capacity. Even in the days before Sadulayev’s death, Chechen mujahideen repeatedly attacked the newly raised “South Battalion” of Chechen Interior Ministry troops (Nezavisimaya Gazeta, June 14). Targeting collaborators (munafiq-s, or “hypocrites” as they are known to Chechnya’s rebels) has always been a policy of the resistance, but one that has often made resistance leaders uneasy, as it violates the ancient proscription of “Chechen killing Chechen.” In the last few years, however, this tradition has been reduced to little more than a quaint fiction, with Umarov ready to elevate the elimination of fellow-Chechens to a core policy of his government. In a reference to the collaborationists and traitors of another war, Umarov reminded Chechens, “All nations had their ‘polizei’ and their ‘quislings.’ They always ended badly, their names voiced by the descendants with curses and contempt” (Chechenpress, June 23).

The work of Umarov’s new “special subdivision” will be to target “national traitors” from the pro-Russian Chechen militias and “war criminals” from the Russian occupation force after they have been identified and sentenced by the Sharia courts; “From now on, there will be no mercy and leniency for the executioners of the Chechen and other peoples of the North Caucasus, wherever they might be.” With their intimate knowledge of the landscape and the people, the security forces run by the Interior Ministry and the GRU (Russian military intelligence) represent a constant threat to resistance operations. These units far outnumber the forces Umarov can field, but they are often of questionable loyalty. Some recruits have joined simply as a means of making money in the absence of any other employment, and some units have had to be disbanded after allegations of cooperation with rebel forces. Prime Minister Ramzan Kadyrov (son of the late president, Akhmad Kadyrov, and present strongman of the Russian-supported regime) does not have the absolute loyalty of all his security forces, elements of which often have a greater allegiance to their local commanders, such as Sulim Yamadayev (leader of the East Battalion) and Said Magomed Kakiev (commander of the West Battalion). 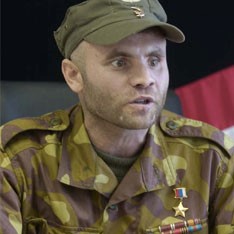 Initially excluded from succeeding his father as president on account of his youth and immaturity, Ramzan Kadyrov moved to take control of the armed elements of the government and has taken measures to refine his public image while he waits to turn 30 this year, old enough to assume the presidency. Kadyrov’s efforts at self-reform are unlikely to prevent retaliation from the resistance or from the relatives of those Chechens who were abducted, tortured or murdered by his security forces.

Kadyrov now seeks to present himself as a religious leader like his father (who was once Mufti of Chechnya, before being deposed from that role by a council of elders). No doubt, Kadyrov’s sudden interest in Islam and posturing as a patron and revivalist of traditional Sufi forms of Islamic worship was largely a response to the resistance leadership of Abdul-Khalim Sadulayev, a known Islamic scholar. Under pressure from Kadyrov’s religious initiatives, the current Russian-backed president of Chechnya, Alu Alkhanov, jumped on the Islamic bandwagon at talks with the Council of Europe in Paris, where he declared his preference for Sharia law in Chechnya. (AP, June 1)

After Russian commentators finished declaring an imminent post-Sadulayev division between Umarov and Basayev, the new President surprised many by elevating Basayev to the vice-presidency only a week into his administration (Chechenpress, June 27). In doing so, Umarov consolidated the leadership of the resistance while positioning himself as Russia’s last hope for a peaceful settlement. Should Umarov meet the fate of his predecessors, Basayev will take control of the resistance without any of the moderating influences that have held him in check since the Beslan attack. Even Sadulayev hinted shortly before his death that he continued to have disagreements with Basayev over the conduct of the war. Umarov’s war aims are less ambitious than those of his new vice-president, who is prone to speak of the ultimate triumph of Chechnya and/or Islam over Russia. According to Umarov; “My vision of the end of the Russian-Chechen war consists of Russia leaving us in peace and recognizing our vested right to self-determination” (Chechenpress, June 23).

Basayev and Ramzan Kadyrov appear headed for a death-struggle after Basayev claimed responsibility for the assassination by bombing of the elder Kadyrov. Ramzan has declared that it is “his sacred duty as a Muslim and a citizen of the Russian Federation” to eliminate Basayev, while Basayev in turn has offered a reward of $25,000 for the death of Ramzan Kadyrov (RBC, June 16). The amount is only half of what was offered for his father’s death as, according to Basayev, “he isn’t worth more than that” (Kavkaz Center, June 15).

For now, the question of creating a caliphate in the North Caucasus has been set aside. There is little chance of Umarov being proclaimed Imam (a role Sadulayev was expected to fill). Umarov is a soldier and, to a lesser extent, a politician. The new president speaks of dismantling Russia’s “colonial empire,” rather than building a pan-Caucasian Islamic state. Umarov’s nationalist agenda is clear in his references to the “principles and standards of international law” and the independent legal status of Chechnya as a result of the 1997 treaty between the presidents of Russia and Chechnya.

Umarov will continue to implement his predecessor’s policy of avoiding civilian targets wherever possible (with the noted exception of collaborators). In the past, Umarov has abstained from the terrorist tactics of some of his colleagues, preferring to limit his attacks to military and police targets. Despite the efforts of radicals like Basayev to justify terrorist strikes as “tit-for-tat” reactions against Russian “state terrorism,” these tactics have proved to be strategic disasters for the international legitimacy of the resistance government. Perhaps in acceptance of Sadulayev’s religious authority, Basayev appeared to acknowledge the wisdom of refraining from terrorism during Sadulayev’s presidency. Remarks made shortly before his death, however, suggest that Sadulayev was losing his grip on the mercurial Basayev, who is too often driven by impatience and a desire for revenge (Politika, Bulgaria, June 9-15).

Basayev is likely to continue organizing rebellious elements in the Islamic North Caucasus while Umarov directs operations within Chechnya. Umarov’s intention of creating new fronts within Russia is a task that will no doubt be handed to Basayev. Both men are established veterans of guerrilla warfare, and an effective partnership between them may present new military challenges to the Russian Federation and its adherents in Chechnya.