Since the forcible annexation of the Baloch Khanate of Kalat by Pakistan in 1947, the Balochistan region has seen a succession of revolts against political centralization and resource exploitation. Balochistan is Pakistan’s largest province, but is sparsely populated with only six million people. A low-level insurgency in the last two years has seen a mixture of indiscriminate bombings and targeted attacks on the region’s energy and transportation infrastructure. The nationalist militants are divided into several factions, the largest of which is the Balochistan Liberation Army (BLA).

The region is a strategically important territory with considerable mineral, gas and petroleum wealth. Little of the wealth now produced in Balochistan has found its way back into the province, which remains badly underdeveloped and faces a major financial crisis even as new natural gas discoveries continue. As a result, pipelines and other energy installations have been primary targets of Baloch nationalists. President Pervez Musharraf’s government has recently committed large sums for development projects, but some distrustful Baloch nationalists view these as further efforts at “colonization.”

Although Islamabad’s accusations of foreign assistance to the Baloch insurgents typically omit naming suspect countries, Pakistani security services apparently fear the intervention of agents from their traditional Indian rival, as well as others from certain Gulf states said to be unhappy about the opening of a new port in the Baloch coastal town of Gwadar. Balochistan’s society is remarkably insular, however, and is unlikely to fall under the thrall of what Balochis call “outsiders.”

The Dera Bugti and Kohlu regions are the centers of the insurgency and government counter-terrorism operations. The latest outrage was a June 12 terrorist bombing in the city of Quetta that killed five and wounded 17. Nearly all of the casualties were Balochis. The provincial governor suggested the involvement of “foreign hands” and vowed that he would not compromise with opponents of Pakistan’s “national integrity” (APP, June 12). In response to the attacks, helicopter gunships are again being deployed in the region, painful reminders of the havoc caused by these weapons on the civilian population during the bitterly fought 1973-1977 insurgency. Many of the region’s politicians are calling for their withdrawal.

On June 15, 12 members of the BLA were arrested on charges of terrorism. They are alleged to have carried out a series of bombing and rocket attacks under the direction of Nawab Akbar Khan Bugti, an important chieftain (Daily Times, June 16). Jets and helicopter gunships followed up with attacks on armed tribesmen in the Kohlu region. Gunbattles between insurgents and security forces were also reported in the Dera Bugti region (Dawn, Karachi, June 15). Nawab Bugti claimed that the government attacks killed 17 civilians but no militants (Pajhwok Afghan News, June 14). 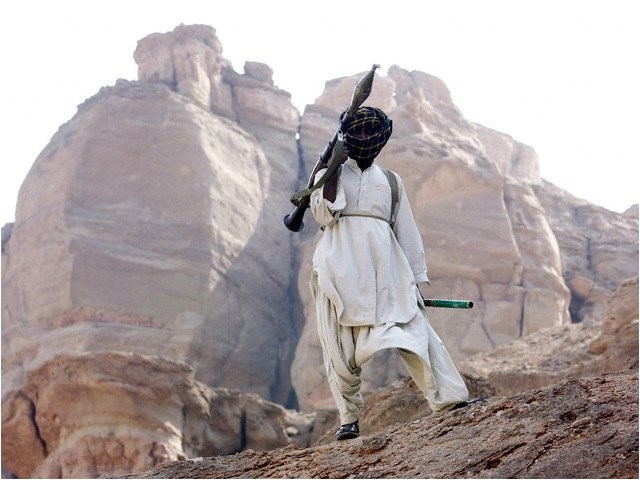 Government plans to build military bases in Balochistan to secure valuable energy resources are seen as the imposition of a foreign occupation force (Balochis are a rare element in Pakistan’s armed forces). The former commander of Pakistan’s armed forces, General Jehangir Karamat, has warned that a prolonged military presence in Balochistan would be “counter-productive” (Dawn, June 4). The leader of the Pashtun minority political party, Mehmood Khan Achakzai, claims that the presence of the army and Pakistan’s ISI has turned Balochistan into “a prison cell.”

The Karachi regime has hit back on the political front. An arrest warrant has been issued for the leader of the Balochistan National Party, Sardar Akhtar Khan Mengal, who is accused of kidnapping government intelligence agents. The BLA was declared a terrorist organization (under the 1997 Anti-Terrorism Act) on April 10. General Musharraf has denounced all talk of Baloch “rights” or “sovereignty” as “provocations” (PakTribune, May 23).

There are also government fears that Balochistan is being used as a transit point for foreign militants on their way to join al-Qaeda or Taliban forces active in Pakistan’s northwest frontier. Four Turks and one Afghan were arrested on June 22, attempting to cross from Balochistan into the neighboring province of Waziristan, home of a fierce tribal/Islamist insurgency against Pakistani security forces. The five detainees are accused of ties to the Taliban and/or al-Qaeda terrorists (Pajhwok Afghan News, June 23). After their interrogation, another 11 Afghan nationals were arrested for “possible links” to “al-Qaeda sleeper cells” (Daily Times, June 24).

The Baloch nationalist movement still suffers from tribal and personal enmities and has failed to present a united front. Although accusations have been made that al-Qaeda suspects are harbored in Balochistan, the region has never been known for religious extremism, unlike neighboring areas to the north. The Baloch “liberation movement” still retains a nationalist focus. The Musharraf government appears willing to discuss economic and development issues, but is unwilling to tolerate any discussion of separatist aspirations. Despite this, many local politicians are still eager to open a dialogue with the leading militant nationalists, rather than risk another debilitating civil conflict.

This article first appeared in the June 27, 2006 issue of the Jamestown Foundation’s Terrorism Focus