After being driven from the Somali capital of Mogadishu to the port city of Kismayo by Ethiopian troops in late December, Islamist leader Sheikh Sharif Sheikh Ahmed urged “Islamic Courts fighters, supporters and every true Muslim to start an insurgency against the Ethiopian troops in Somalia” (Shabelle Media Network, December 30, 2006). In mid-January, the Islamic Courts Union (ICU) reorganized into an insurgent group with the name Popular Resistance Movement in the Land of the Two Migrations, or PRMLTM (Qaadisiya.com, January 19). The insurgents are dedicated to removing the Ethiopian-imposed, but internationally recognized, Somali Transitional Federal Government (TFG) as well as expelling all foreign troops from Somalia. According to TFG President Abdullahi Yusuf, “Those who throw grenades at night are definitely the remnants of the Islamic Courts and we can defeat them” (Shabelle Media Network, January 14). The government estimates that 3,000 Islamist fighters are still active in Mogadishu. In light of these threats, it is important to assess the tactics that insurgents will use in their operations against TFG, Ethiopian and other foreign troops deployed to Somalia. 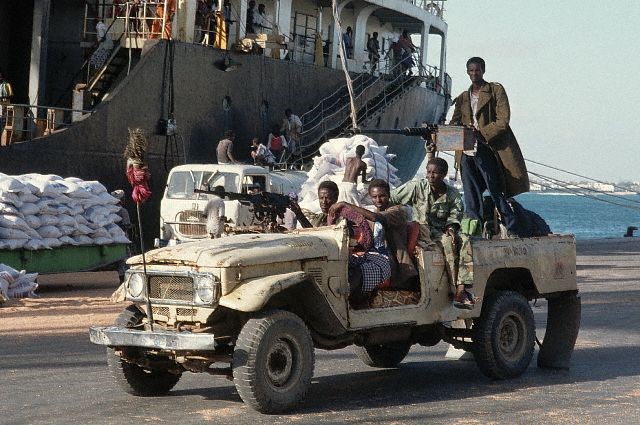 Modern Somali combat tactics are typically based on the use of the “technical,” an armor-plated pick-up truck equipped with an anti-aircraft gun, used for firepower and battlefield mobility. Insurgents have largely abandoned the use of the technical in urban Mogadishu, where civilian vehicles attract less attention from Ethiopian patrols. ICU technicals in Mogadishu were returned by the Islamists to the clan militias that had originally donated them. Nearly 100 technicals in Kismayo were driven out of the city when the Islamists abandoned it on January 7. The technicals are, in any case, no match for Ethiopian armor. Insurgents are active mostly at night when the police, TFG troops and Ethiopians retreat to their compounds, but daytime attacks are not uncommon. 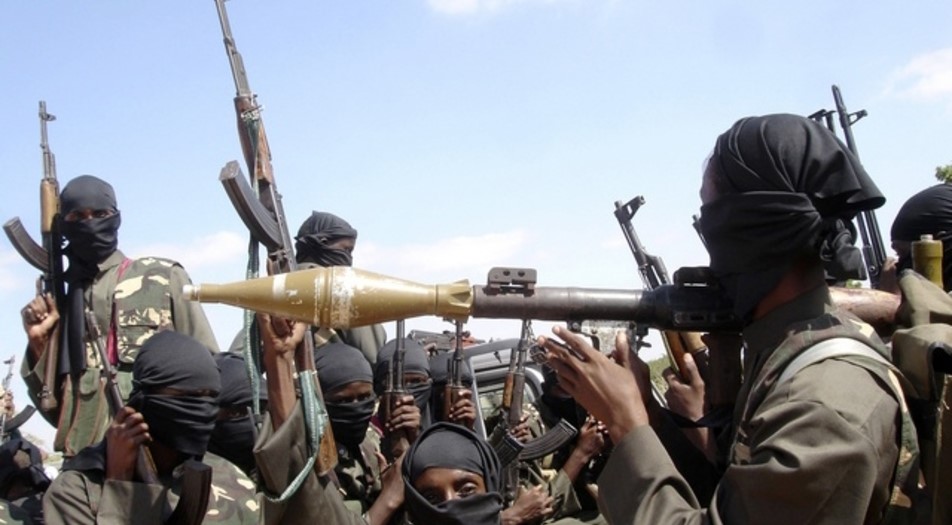 The insurgents’ targets include police stations, the presidential compound, the Defense Ministry, hotels housing TFG, Ethiopian or AU officials (such as the Banadir Hotel, Hotel Kaah and the Ambassador Hotel), TFG/Ethiopian army compounds (including the Difger Hospital, commandeered for military use), the seaport (where Ethiopian troops are quartered) and the airport (the PRMLTM threatened to shoot down aircraft using the airport, but so far only mortar attacks have been carried out). Insurgent losses during operations in Mogadishu appear to be remarkably small. Those killed or wounded are apparently recovered before pulling out. No insurgent has been taken prisoner in the course of an operation in Mogadishu. Nearly all insurgent attacks occur in the Mogadishu region, with a small number of attacks in the port city of Kismayo. This does not, however, indicate a state of peace in the rest of the country, where clan fighting and battles between tribal militias and government forces claim as many lives as the insurgency.

A spokesman for the PRMLTM recently threatened the use of suicide attacks against AU peacekeepers: “We promise we shall welcome them with bullets from heavy guns, exploding cars and young men eager to carry out martyrdom operations against these colonial forces” (Banadir.com, February 25). So far, suicide attacks have been rare in a population little inclined to such methods. Iraq-style bombings directed at masses of civilians have also failed to appear in the Somali insurgency.

As the Ethiopians entered Somalia last December, Sheikh Yusuf Mohamed Siad “Indha-Adde,” the ICU defense chief, made an appeal for foreign assistance: “The country is open to all Muslim jihadists worldwide. We call them to come to Somalia and continue their holy war in Somalia. We welcome anyone, who can remove the Ethiopian enemy, to enter our country” (Shabelle Media Network, December 23, 2006). At the time, TFG Prime Minister Ali Muhammad Gedi claimed that 4,000 foreign fighters had joined the ICU. While several scores of foreigners have been arrested at the Kenyan border, the prime minister’s tally seems to have been greatly exaggerated. There is no evidence yet that foreign fighters are involved in the current clashes in Mogadishu, although TFG military commander Saed Dhere accused unnamed foreign countries of financing the attacks (SomaliNet, February 24).

Despite disarmament efforts, arms can be found everywhere in Mogadishu. When the Islamists withdrew from the capital, they abandoned large stocks of arms that were then plundered by looters (Shabelle Media Network, December 28, 2006). Incredibly, the Bakara and Argentina arms markets in Mogadishu remain open, selling hand grenades, RPGs, machine guns, anti-aircraft guns and the ubiquitous AK-47 assault rifle. Several warlords who turned in their arms during the government’s disarmament campaign (including Mohamed Dheere, Muhammad Qanyare Afrah and Abdi Nur Siyad) have been observed stocking up on new RPGs, heavy machine-guns and other weapons (Terrorism Focus, February 27). The AK-47 remains the insurgents’ most common weapon, many of these having been seized from the police.

Deputy Defense Minister Salad Ali Jelle claims that the insurgents always target the civilian population in Mogadishu in order to create a perception of instability for foreign consumption (Shabelle Media Network, February 7). The insurgents actually do not target civilian areas so much as display ineptitude in finding the proper range with their mortars, leading to widespread destruction of civilian areas and large losses of life compared to the relatively few casualties they inflict on the government compounds. Further casualties are created when allied forces lash out blindly with artillery and rocket fire when they come under attack from residential neighborhoods. The wounded have difficulty reaching already overwhelmed hospitals due to continuous weapons fire or roadblocks erected by allied forces. Nearly half of the wounded perish after they finally reach medical care.

Religious and community leaders in Mogadishu have begged both sides to stop the devastation created by these endless rounds of attacks and counter-attacks. Sheikh Ali Haji Yusuf urged the formation of local security forces until the government can establish security in Mogadishu. The sheikh’s call was apparently heeded; in the evening of February 21, vigilante forces discovered and beat a team of gunmen attempting to deploy a mortar from their car to fire at government positions in Mogadishu. Some gunmen have found new careers as vigilantes for hire in different neighborhoods.

Mogadishu police retired to their compounds several weeks ago after a series of assassinations and have rarely emerged since, leaving control of the streets to gunmen, vigilantes, criminals and the well-armed security forces of Mogadishu’s business community. The TFG claims to have developed new teams of counter-terrorism specialists, but these appear to have had little effect so far.

Although Mogadishu’s Islamist insurgents may be willing to start a large-scale insurgency, their lack of training on most weapons more powerful than an AK-47 restricts the effectiveness of their attacks on allied positions. Just before the Ethiopian invasion, large numbers of students were handed arms from Islamist stockpiles. Predictably, Ethiopian regulars and warplanes quickly routed these inexperienced would-be jihadis on open ground. Mogadishu is another story. Here, TFG and Ethiopian troops have shown distaste for urban operations. TFG forces rely on Ethiopian firepower, while the Ethiopians are already in the process of withdrawal.

The first of 8,000 AU peacekeepers are scheduled to arrive on March 2. Uganda asserts that its contingent will include counter-insurgency veterans and is well trained in countering suicide attacks (Banadir.com, February 25). AU peacekeepers will have to be more aggressive than the Ethiopians to contain the Mogadishu insurgency, although such tactics might reinforce popular perception of the peacekeepers as an occupation army. TFG soldiers and police will also be certain to stand aside while AU troops do the heavy work. With time, the effectiveness of the insurgents will improve, leading to the possibility of intense fighting as long as the TFG refuses to include the Islamist leadership in the national reconciliation process, as urged by Ethiopia, the United States and the European Union.

This article first appeared in the March 5, 2007 issue of the Jamestown Foundation’s Terrorism Monitor