Bombings, shootings and mortar attacks continue in Somalia’s capital of Mogadishu and the southern port city of Kismayo, as Somali Islamists engage Ethiopian occupation forces. Many Islamist leaders took refuge in Yemen’s capital of Sanaa, where they were joined by Islamic Courts Union (ICU) second-in-command Shaykh Sharif Shaykh Ahmad after his transfer from detention in Kenya (26September.net, February 10). A Yemeni newspaper quoted the shaykh as saying that his release from Kenya was obtained after the conclusion of negotiations with the United States over the return of 15 U.S. Marines (including four wounded), who were allegedly captured by the Islamists in the jungles of south Somalia during a U.S. mission in December. 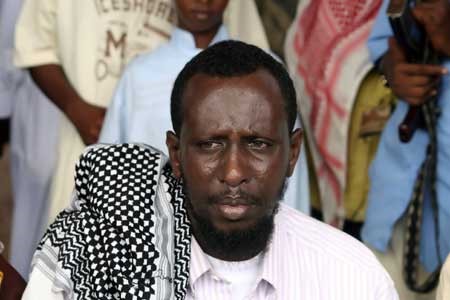 The Marines were allegedly held in the Ras Kamboni region near the Kenyan border and on the coast of the Indian Ocean. A Qatari newspaper claimed to have confirmation of the incident from unnamed Arab and Western diplomats (al-Sharqa, January 26). Shaykh Sharif claimed his release and transfer to Yemen were part of the conditions for turning the prisoners over to U.S. authorities, with Yemen promising to return the Islamist leader to U.S. forces in Nairobi if the release of the Marines did not occur (al-Nedaa, February 8; Shabelle Media Network, February 8). While in the custody of Kenya’s National Security Intelligence Service, Shaykh Sharif met several times with Washington’s point man for Somalia, U.S. Ambassador to Kenya Michael Ranneberger, reportedly to negotiate the release of the captives (al-Khaleej, February 1).

The Pentagon issued strong denials that any U.S. troops had been captured in southern Somalia (AllAfrica.com, January 26). No independent verification or evidence was offered by the Islamists to substantiate the reports of captured Marines, and though reports of the alleged capture were carried widely in African and Arab news media, Western news sources ignored the entire story.

In the last few weeks, many Islamist fugitives have been captured in the difficult terrain of Somalia’s frontier with Kenya, where local security forces are aided by detachments from Britain’s SAS. ICU sources claim that the number of detainees is being underreported, and that many of the prisoners being transferred to Ethiopian hands are slated for secret executions (Qaadisiya.com, February 7). Ethiopia reports that as many as 4,000 Islamists were killed during last December’s invasion. According to Ethiopian Premier Meles Zenawi, ICU leader Shaykh Hassan Dahir Aweys (accused by the United States of ties to al-Qaeda) is still active in the Somali/Kenyan border region, together with leading Ogaden separatist Hassan Abdullah al-Turki. Bloody papers belonging to ICU extremist Adan Hashi Ayro (a veteran of the anti-Soviet jihad in Afghanistan) were discovered after a U.S. gunship attack, but the notorious militia leader appears to have survived (Shabelle Media Network, February 5). Jendayi Frazer, the U.S. assistant secretary of state for African affairs, stated that it was Washington’s belief that fugitive Islamist leaders might reorganize in Saudi Arabia, Yemen and Eritrea, describing the latter as “a source of regional instability” (Financial Times, January 31).

Although the United States, the European Union, Ethiopia and many other countries are urging the Somali Transitional Federal Government (TFG) to undertake national reconciliation talks that would include Islamists like Shaykh Sharif Shaykh Ahmad, TFG Prime Minister Ali Muhammad Gedi has stated the government’s firm opposition to talks with any Islamist leaders, whether moderate or radical (Shabelle Media Network, February 13). TFG President Abdullahi Yusuf also opposes talks, describing Shaykh Sharif as a leading member of “the axis of evil.” According to the president, it was the Islamists and not the warlords who were “responsible for the instability and destruction of the country” (Shabelle Media Network, February 5). A reconciliation conference is planned to go ahead in Mogadishu, although without an Islamist presence it is difficult to see with just whom the TFG intends to reconcile.

This article was first published in the February 21, 2007 issue of the Jamestown Foundation’s Terrorism Focus