Since NATO air operations over Libya began on March 19, there have been increasing expectations on the part of rebel forces that NATO warplanes will act as a proxy air force for the rebel campaign to overthrow Libyan leader Mu’ammar Qaddafi. These expectations have been fuelled by rhetoric coming out of Western capitals calling for the destruction of the Libyan military and even the assassination of Qaddafi himself, though these activities would seem to exceed the aims and limitations of the UN Security Council’s authorization of a no-fly zone. 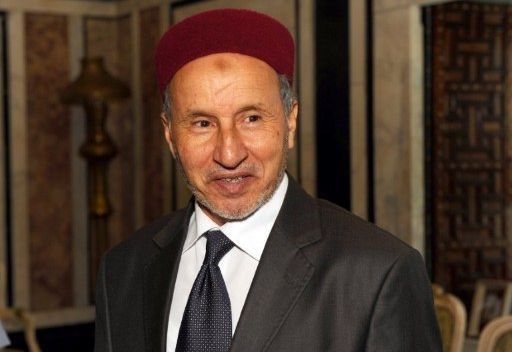 The rebel viewpoint was expressed in a pan-Arab daily’s recent interview with Mustafa Abd al-Jalil, the chairman of the rebel National Transitional Council (NTC) and the former justice minister in the Qaddafi government (al-Hayat, April 22).

Without reference to the terms of the no-fly zone, which authorizes air attacks for the purpose of defending civilians, Abd al-Jalil berates NATO for not striking targets identified by rebel observers, an action he claims “could have ended the war within a month.” Al-Jalil says he does not understand the reasons for NATO’s failure to strike these targets: “God knows the conditions under which the coalition operates. Perhaps there is competition among these countries, or perhaps there is inability. I do not understand military issues, and I do not know the reason.” The rebel leader does describe “prevarication” in decision-making after NATO took command of air operations on March 25: “Perhaps the reason is the difference in the attacking capabilities of the aircraft of the friends in France, Italy and Britain, and the extent of the advance of the U.S. aircraft used in the first strikes.”

Abd al-Jalil rejects suggestions that members of al-Qaeda are active in the armed opposition: “You know very well that the issue of al-Qaeda is a scarecrow used by the enemies and opponents who support Mu’ammar Qaddafi in dealing with the international community, especially with the Europeans and the United States.” Ignoring the March 12 message to Libyans from top al-Qaeda leader and Libyan native Abu Yahya al-Libi, al-Jalil claims: “Some Libyan individuals were members of al-Qaeda, but their number does not exceed ten, and they have abandoned their organization, and the organization abandoned them long ago.”

While insisting that “Libyans are capable of managing the battle by themselves,” al-Jalil admits that he is asking France, Italy and Qatar to urge NATO and its coalition partners to apply greater force against the Libyan regime. He alleges that Qaddafi is also receiving foreign support from Algeria, Niger, Chad and the Sudan Liberation Movement/Army (SLM/A) of Abd al-Wahid al-Nur. The latter is a Darfur rebel movement consisting mostly of Fur tribesmen, unlike the largely Zaghawa Justice and Equality Movement (JEM), which has more commonly been accused of supporting Qaddafi, though no evidence of this has yet been presented. [1] According to al-Jalil, the NTC has asked France to do something about the fuel, weapons and other supplies they claim are flowing to Qaddafi’s forces from the former French colonies and is now “waiting for the results.”

Al-Jalil also suggests that the Syrian-based Popular Front for the Liberation of Palestine – General Command (PFLP-GC) of Ahmad Jibril has sent 1,000 Palestinians to Tripoli to defend the regime. The PFLP-GC was also recently blamed by Syrian authorities for the sniper killings of anti-Assad protestors in the Syrian port city of Latakia, though many observers believe the killings were the work of Syrian security forces.

There are reports of divisions within the NTC over the introduction of Western ground forces in Libya, though there is some consensus that NATO air operations are insufficient to guarantee a rebel victory. If the UN Security Council and the Arab League fail to authorize such an intervention, the rebels may seek out their own “military experts and advisers to boost the capabilities of the Free Libya Army” (al-Sharq al-Awsat, April 21). The NTC chairman confirms that the rebel camp has been successful in obtaining new weapons, either through purchase or donation, and that some of these weapons have been shipped to the rebels in Misurata.

This article first appeared in the April 28, 2011 issue of the Jamestown Foundation’s Terrorism Monitor