Turkish security services claim to have learned of an al-Qaeda plot to use rockets to attack U.S. military aircraft at the Incirlik Air Base in southeastern Turkey. According to intelligence collected by the National Intelligence Organization (Milli Istihbarat Teskilati – MIT) and the General Directorate of Security (Emniyet Genel Mudurlugu), the plot was to be carried out by two Syrian members of al-Qaeda identified as Abu Muhammad al-Kurdi and Salih Battal (Today’s Zaman, April 6). 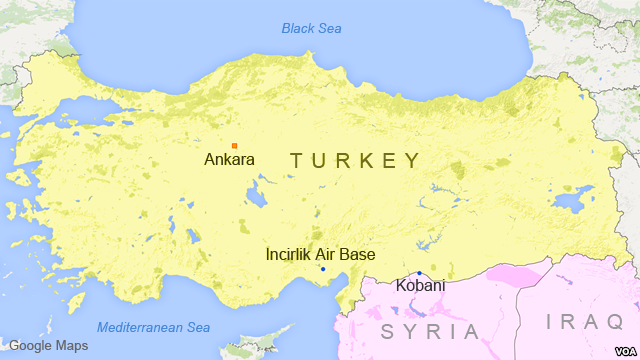 The Incirlik Air Base is located just outside the city of Adana and is used jointly by the U.S. Air Force and the Turkish Air Force (Turk Hava Kuwetleri). It is the permanent home of the U.S.A.F.’s 39th Air Base Wing, which acts as the host unit for American air operations using the base. Incirlik has played an important role in U.S. military and intelligence operations from the Cold War through to the war in Afghanistan and the 2003 invasion of Iraq. A U.S. diplomatic cable released by Wikileaks dated June 8, 2006 said that Turkey had allowed Incirlik to be used as a refueling stop for U.S. aircraft involved in the CIA’s rendition program (Guardian, January 17). Incirlik is also thought to be a forward storage site for U.S. nuclear weapons.

The revelations were followed on April 12 by a series of raids in Istanbul and the eastern province of Van on the homes of suspected members of al-Qaeda and Turkish Hezbollah, a largely Kurdish Islamist militant group involved in the torture and murder of hundreds of members of the Kurdish socialist Partiya Karkeren Kurdistan (PKK) rebel movement in the 1990s.

Forty-two suspects were detained by police in Istanbul and a further ten in Van. Turkish authorities said that one of the detainees was the alleged head of the Turkish chapter of al-Qaeda, Halis Bayancuk, a graduate of Cairo’s al-Azhar University and a former member of Turkish Hezbollah. He was charged with leading a terrorist organization in 2008, but released less than a year later (Today’s Zaman, April 14; Turkiye Radyo Televizyon [TRT], April 12).

In a recent move that outraged Turkish public opinion, a Turkish court ordered the release in January of at least 25 members of Turkish Hezbollah alleged to have been involved in the brutal murders of PKK members and rival Islamists. The release was ordered under a new law that states detainees cannot remain imprisoned for more than ten years without a trial. The case against the suspects was complicated by numerous allegations that Hezbollah operated as a covert arm of the state’s efforts to crush Kurdish separatism and Islamist challenges to the officially secular Turkish state (Hurriyet, January 7; BBC, January 23, 2000). Turkish authorities did not state whether any of those arrested were involved in the January release (Reuters, April 12).

The obvious importance of Incirlik Air Base to the furtherance of U.S. foreign policy interests in the region has inspired a number of Islamist militant cells to plan attacks on U.S. facilities at Incirlik. In 2002 four Arab-Americans were arrested in Detroit on charges of operating a terrorist cell. Sketches of the Incirlik air base were found in their apartment (Los Angeles Times, August 31, 2002; Washington Post, September 15, 2002). There are reports that Osama bin Laden suggested that a Turkish militant cell attack U.S. facilities at Incirlik, but the would-be attackers were dissuaded by the tight security at the base. They then turned their attentions to softer targets, bombing two Istanbul synagogues in November 2003 (Independent, December 18, 2003. There were further warnings of an imminent attack by suicide bombers or hijacked planes in February 2006.

This article first appeared in the April 22, 2011 issue of the Jamestown Foundation’s Terrorism Monitor