Syria has implicated a leading Lebanese politician in the creation of a Damascus-based terrorist cell intent on discrediting the Syrian government by killing demonstrators and making it look like the work of the Syrian regime. The allegations were based on the confessions of three individuals carried on Syrian television. An array of weapons said to have been seized from the alleged terrorists at the time of their April 10 arrest were also displayed. 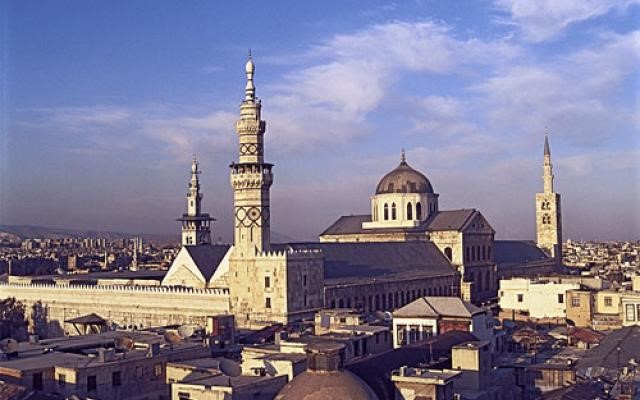 The leader of the cell, Anas Knaj, a 29-year-old billboard worker, claimed to have recruited two of his friends, Muhammad Badr al-Qalam and Muhammad Ahmad al-Sukhneh, to form a terrorist cell under the name “The Syrian Revolution,” which he said aimed to “move the country from a bad situation to a better one” (Syrian Arab News Agency [SANA], April 13; al-Ba’ath [Damascus], April 13).

The formation and arming of the cell was facilitated by a mysterious individual, Ahmad Audeh, who claimed to be a member of the Muslim Brotherhood. Audeh told the men that he was acting on behalf of Lebanese member of parliament Jamal al-Jarrah, a member of Sa’ad al-Hariri’s Mustaqbal (Future) movement, part of the anti-Syrian March 14 coalition. Audeh suggested that al-Jarrah was part of the Muslim Brotherhood and would provide generous rewards to the members of the cell for their work. In the event of their death, their families would receive large cash payments.

Kanj reported that the cell initially received orders to instigate demonstrations near the Umayyad Mosque in Damascus by recruiting a handful of young people to begin chanting “freedom slogans” near the mosque. As hundreds of other Syrians joined the apparently spontaneous demonstration, the provocateurs slipped away before police arrived.

The Umayyad Mosque has been a focal point for protests in Damascus since the demonstrations began on March 15. The mosque is one of the world’s oldest continually used holy places, with the site successively hosting a Bronze Age temple, a Roman Temple of Jupiter, a Byzantine basilica devoted to John the Baptist and the present mosque, founded by an Ummayad caliph in 706.

Though the men had little experience with weapons, Audeh was said to have provided them with sniper rifles and training in their use. Audeh claimed to have used bribery to ship the weapons from Lebanon across the border to Syria and said Kanj’s cell was only one of many he had equipped within Syria. According to Kanj, Audeh ordered the cell members to fire on the demonstrators with their sniper rifles. Photos of the carnage were to be taken and posted to the dissident al-Thawra (Revolution) Facebook site “to make the people believe that the Syrian security members are the ones who were killing the citizens.” Their efforts were regarded as a success within the cell when the al-Arabiya and al-Jazeera news networks reported Syrian security forces were shooting unarmed demonstrators in Damascus.

Just before the men were arrested they claimed to have received orders to attack the poorly-defended Sbeineh police station outside Damascus while disguised as members of the Syrian security forces. One individual was assigned to take photos of the attack and post them to the al-Thawra Facebook site.

The exiled leader of the Syrian chapter of the Muslim Brothers, Muhammad Ri’ad Shaqfa, denied that his movement had any role in promoting unrest in Syria, though it backed demands for greater liberty: “All tyrants play the same game. They accuse their own people of serving an outside conspiracy while using violence and cunning to survive” (Reuters, April 11). The movement was banned in 1963 and membership is punishable by death since 1980.

Iranian sources claim Syria is under attack by an alliance consisting of the pro-Israeli camp in Washington, anti-Iranian elements in Saudi Arabia and the Mustaqbal movement of Sa’ad Hariri in Beirut (Press TV [Tehran], April 15). Supporters of the Syrian regime have pointed to leaked U.S. diplomatic cables released by Wikileaks that suggest Sa’ad al-Hariri had proposed replacing Syrian ruler Bashar al-Assad with a coalition that would include the Muslim Brotherhood, former Syrian vice-president Abdul Halim Khaddam and former Syrian Army chief-of-staff Hekmat al-Shahabi (al-Akhbar [Beirut], April 16; Ahram Online, April 16; al-Watan [Damascus], April 18). Khaddam has lived in exile in Paris since 2005 after accusing Assad of directing the assassination of former Lebanese Prime Minister Rafik Hariri, father of current Mustaqbal leader Sa’ad Hariri. Al-Shehabi resigned after 24 years as Army chief-of-staff in 1998 and moved to California.

While confirming a personal relationship with Abdul Halim Khaddam, Lebanese MP Jamal al-Jarrah has denied any involvement in the alleged terrorist cell: “If [the Syrians] have any evidence, we call on them to present it to the Lebanese judiciary and let it rule” (iloubnan.info, April 13; al-Jadeed TV, April 13). Al-Jarrah later suggested the mysterious al-Audeh could have been an Israeli agent (Naharnet, April 16).

Syrian officials have accused the Muslim Brothers of pursuing a sectarian conflict by attacking Alawites and Christians in Syria. The Brotherhood, however, is apparently keeping a low profile in the unrest, unwilling to give Assad’s regime an excuse for a general massacre of suspected members.

This article first appeared in the April 21, 2011 issue of the Jamestown Foundation’s Terrorism Monitor