Shaykh Nur ul-Haqq Mujahid bin Mohamed, the Taliban military commander in the Maydan Shahr district of Wardak province, stated in a recent interview that Taliban forces are trying to block a major supply corridor south of Kabul and “close it permanently.” One of Afghanistan’s most important highways passes through Maydan Shahr, connecting Kabul with the Taliban stronghold of Kandahar. The interview appeared in the 44th issue of al-Somood, the monthly magazine of the Islamic Emirate of Afghanistan (posted to jihadi websites on July 22). 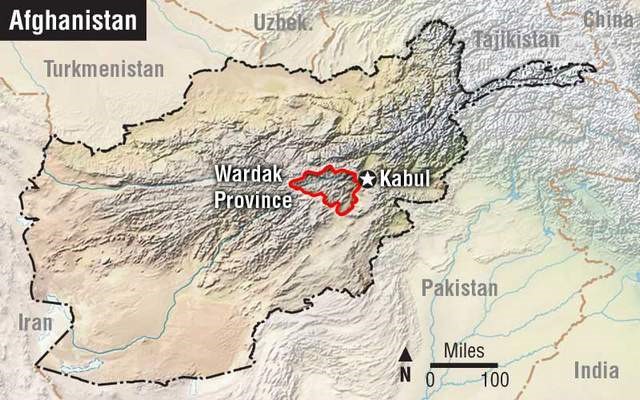 In the prologue to the interview, Shaykh Nur ul-Haqq is described as a high-standing graduate of a Peshawar theological school who joined the Taliban movement in its early stages in the mid-1990s, eventually becoming head of military security in Nangarhar province. He has been in charge of military operations in Maydan Shahr since 2002.

According to the Taliban commander, the “Crusader” forces in Maydan Wardak have military positions in the provincial capital of Maydan Shahr as well as at various points along the Kabul-Kandahar highway. “Battles between the mujahideen and the Crusaders occur to control the corridor and the two sides will swap control of it during the day, but at night the mujahideen will take complete control of it and all the roads leading to the district,” stated the shaykh.

Shaykh Nur ul-Haqq insists the growing number of U.S. troops in Afghanistan is not as important as their morale, which he claims is in a state of decline, saying, “This ailment cannot be evaded by increasing the number of troops.”

Fighting in Maydan Wardak can be difficult, the Taliban commander admits. The “huge capabilities of the enemy” are posed against the limited resources of local fighters, and the district’s close proximity to Kabul makes it easy for the Coalition to move troops quickly to Maydan Wardak in response to any Taliban attack. Despite this, the shaykh affirms that successful attacks on military and supply convoys continue in the district.

Shaykh Nur ul-Haqq also described the various Taliban strategies and tactics used throughout Afghanistan, noting that what works in one province will not necessarily work in another:

For example, in Kunar and Nuristan provinces, the most suitable military method is a military clash because those two provinces possess a geographic situation suitable for this military strategy. Meanwhile, in Helmand and the southwest of Afghanistan the preferred method is to plant mines and use explosives because the terrain of those areas is desert terrain, which does not afford the mujahideen secure places to hide. As for Kabul, martyrdom operations and surprise attacks are best because the open concentration of large numbers of invaders there gives the mujahideen an opportunity to launch those kinds of campaigns against their bases and barracks.

For now, however, Shaykh Nur ul-Haqq’s focus on closing the highway through Maydan Wardak may be disrupted by an outbreak of fighting between the Taliban and their former ally, the Hizb-i-Islam militia of Gulbuddin Hekmatyar (Weesa [Kabul], July 26). Mullah Zabiullah, a Maydan Wardak Taliban commander, was reportedly killed in separate fighting with Afghan security and intelligence forces on July 31 (Bakhtar News Agency, July 31).

This article first appeared in the August 5, 2010 issue of the Jamestown Foundation’s Terrorism Monitor