Taliban spokesman Zabihullah Mujahid gave an interview to the media service of the “Islamic Emirate of Afghanistan” on February 23 concerning the “current political and military situation” in Afghanistan. The interview was carried by a number of jihadi websites (Ansar1.info, February 24). 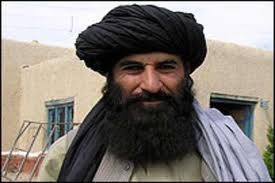 Zabihullah begins by addressing the efforts in Kabul to launch a session of the new parliament five months after a vote that was marked by fraud and court challenges. Following an extended dispute, parliamentarians have finally agreed on Uzbek warlord Abdul Rahoof Ibrahimi as the new Speaker of Parliament, the last step in enabling the new parliament to begin work (Reuters, February 27). Zabihullah, however, views the parliament as “part of the invaders’ military strategy,” fulfilling a “strategic military need” for U.S. forces in Afghanistan. The Taliban spokesman explained the rationale of foreign support for the “fake parliament” – efforts of the invaders to “enforce their ‘prescription’ of democracy” have resulted in a “popular elected government and parliament; hence no one has the right to continue their struggle against the elected government.” By “purchasing” puppet MPs, the foreign invaders will succeed in obtaining a long-term strategic alliance with Afghanistan that will allow a continued foreign military presence. Zabihullah challenges the legitimacy of the new government, suggesting the parliamentarians “are accountable for crimes and corruption” and their work will be limited to “pocketing salaries.”

Claims by General David Petraeus that the Coalition is making progress in securing Afghanistan are also challenged by the Taliban spokesman, who responds that such statements are made under “great political pressure” given the enormous cost of the occupation in lives and public funds: It is a known fact that the invaders have been defeated in Afghanistan, but they continue their propaganda through which they want to compel the world to believe in their so-called progress in Afghanistan.” Zabihullah cites a report by an unnamed European security firm that claimed there was a 64% increase in Taliban attacks in 2010.

Responding to claims by Kabul’s National Directorate for Security that 1,500 Taliban militants have switched sides in northern Afghanistan, Zabihullah says the mujahideen are actually gaining momentum in the north and that Kabul is attempting to introduce various warlords as Taliban before claiming their defection to the government (Central Asia Online, February 11).

The Taliban see a direct connection between the invasion and occupation of Afghanistan and the economic crisis in the West: “Fortunately, [the occupiers] were faced with distressing resistance and for ten long years they have been trapped in a ruinous war. As a result, the Coalition countries, particularly America, are suffering a terrible economic depression.”

However, Zabihullah believes public opposition to the war is growing in the West as politicians begin to waver in their support for the ongoing and unusually lengthy conflict. The Taliban spokesman concludes by raising the specter of the Vietnam War, where Americans “had dreadful experiences and even up until today every American has a particular sense of fear and terror about it; hence, in such a situation the invasion and overrunning of a war-torn, small Afghanistan, which seemed very easy and almost costless to them, turned out to be very difficult and enormously expensive.”