A series of terrorist attacks in Mogadishu on April 14 may represent a last-ditch attempt by the leadership of the Salafi-Jihadist al-Shabaab movement to prove it is still capable of taking the Islamist insurgency to the new federal government in the face of growing internal dissent and expulsion by African Union troops from its lucrative holdings in Mogadishu and the southern port city of Kismayo. The specific targeting of Turkish nationals in one of these attacks also demonstrates al-Shabaab’s rejection of Turkey’s growing influence in the rebuilding state. 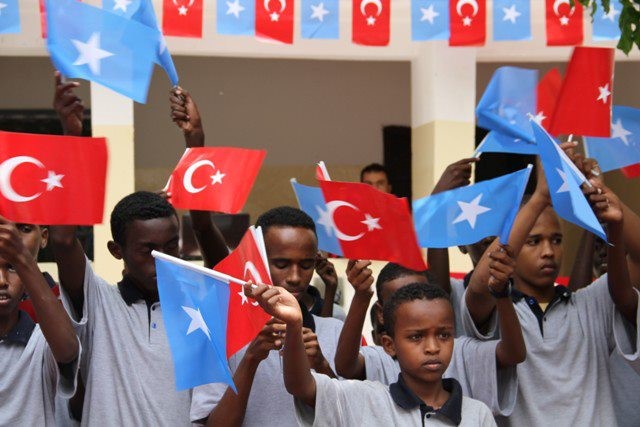 The Taliban-style attack on a busy courthouse in downtown Mogadishu on April 14 began with a car bomb exploding at the building’s gate, followed by as many as nine men in Somali army uniforms firing automatic weapons as they rushed in. At least three of the gunmen blew themselves up with suicide vests while the remainder were killed in a three-hour firefight with Somali security forces and Ugandan AMISOM troops (Reuters, April 14). Twenty-two others were killed at the scene, most of them soldiers.

At roughly the same time, a vehicle packed with explosives targeted Turkish vehicles in an AU/Turkish Red Crescent convoy on the airport road, killing a Somali driver and injuring three Turkish aid workers (Andalou Agency [Ankara], April 15; Mareeg Online, April 14). A Shabaab spokesman contacted a pro-Islamist website to confirm the attacks in Mogadishu were carried out by al-Shabaab’s “Special Forces” (Somali Memo, April 14). Al-Shabaab spokesman Shaykh Ali Mahmud Raage also told a French news agency that the attack on the courthouse was “a holy action which targeted non-believers who were meeting within the court complex. We will continue until Somalia is liberated from invaders” (AFP, April 14).

There are reports that Somali investigators believe the deceased leader of the courthouse attackers was a Canadian citizen who left Canada for east Africa four years ago (Toronto Star, April 14; National Post [Toronto], April 15). This news follows reports that as many as four young Canadian citizens were involved in the deadly attack by al-Qaeda in the Islamic Maghreb (AQIM) on foreign workers at the In Aménas gas plant in January.

The attacks in Mogadishu continued the next day, with a roadside bomb failing to kill the district commissioner of Mogadishu’s Heliwaa District as he drove to work (Shabelle Media Network, April 15). Security sweeps on April 15 detained hundreds of young men in the capital on suspicion of being al-Shabaab operatives (Dhacdo.com, April 15; AFP, April 15). Somali president Hassan Shaykh Mohamud described the attacks as “nothing but a sign of desperation by the terrorists, who’ve lost all their strongholds and are in complete decline right across Somalia” (Mareeg Online, April 14).

Divisions within al-Shabaab became public on April 6, when an open letter to al-Qaeda leader Ayman al-Zawahiri from a leading Shabaab member was published on jihadi websites. Penned by Shaykh Ibrahim Haji Jama “al-Afghani” (a.k.a. Abu Bakr al-Zayla’i), the letter reaffirmed the movement’s allegiance to al-Qaeda, but outlined growing differences between Somali members of al-Shabaab and foreign fighters who are accused of failing to abide by the Shari’a code  (Africa Review [Nairobi], April 18).

A veteran of fighting in Kashmir and Afghanistan, al-Afghani also cited the failed leadership of Shaykh Ahmad Abdi Godane “Abu Zubayr,” who has replaced many capable military and religious leaders with members of his own Isaaq clan from northern Somalia. Al-Afghani (himself an Isaaq) asks for al-Zawahiri’s guidance as the movement stands to lose everything if the losses endured under Godane cannot be reversed: “We have witnessed an obvious drawback in the achievements of the mujahideen. Ten states were under the rule of the movement four years ago, which came with the possession of huge human resources and the sympathy of our Muslim people. Now, the jihadi spirit has receded and the motives for creation and production have been destroyed” (al-Shorfa.com, April 15). Al-Afghani goes on to complain that the movement’s internal divisions are now being exposed on social media such as Twitter.

With al-Shabaab having turned to terrorist methods since being driven from the capital by Somali and AMISOM forces in August 2011, Somali president Hasan Shaykh Mohamud warned that after al-Shabaab was defeated, “they changed their war tactics and we want all Somalis to prepare themselves for a new war against al-Shabaab. I know it will be costly, but we need to exercise our patience until we crush them” (Hiraan Online, April 15).

The attack on the Turkish aid workers appears to imply a rejection of Turkey’s growing engagement with Somalia. The attack also confirms al-Shabaab’s takfiri ideology and dispels speculation that Somalia’s Islamist militants might take a more open view to development assistance from a country with a Muslim majority.

The ground-breaking August, 2011 visit to Mogadishu by Turkish Prime Minister Recep Tayyip Erdogan was widely seen as a sign of Somalia’s return to the international community and his pledges of Turkish reconstruction assistance represented a show of support from fellow Muslims. Somalis used to ineffectual UN relief and reconstruction efforts run from offices in Nairobi have marveled at what Turkish aid and development workers have accomplished in less than two years on the ground in Mogadishu. Temporary hospitals with Turkish doctors serve the community, schools have been built (which incidentally offer Turkish language courses), the airport reconstructed, streets cleared of debris and students sent to Turkey on scholarships (Reuters, June 3, 2012). Somali police officers are already graduating Turkish police academies and an agreement on military training is in place (Today’s Zaman, November 9, 2012). Turkey’s interests are not related solely to aid, however; strong efforts have been made to revitalize and legitimize Somalia’s business community, much of which has operated without permits, regulation or taxation through years of political chaos. A series of reforms will be required before commerce and financial transactions with Turkey’s well-organized business community can begin. 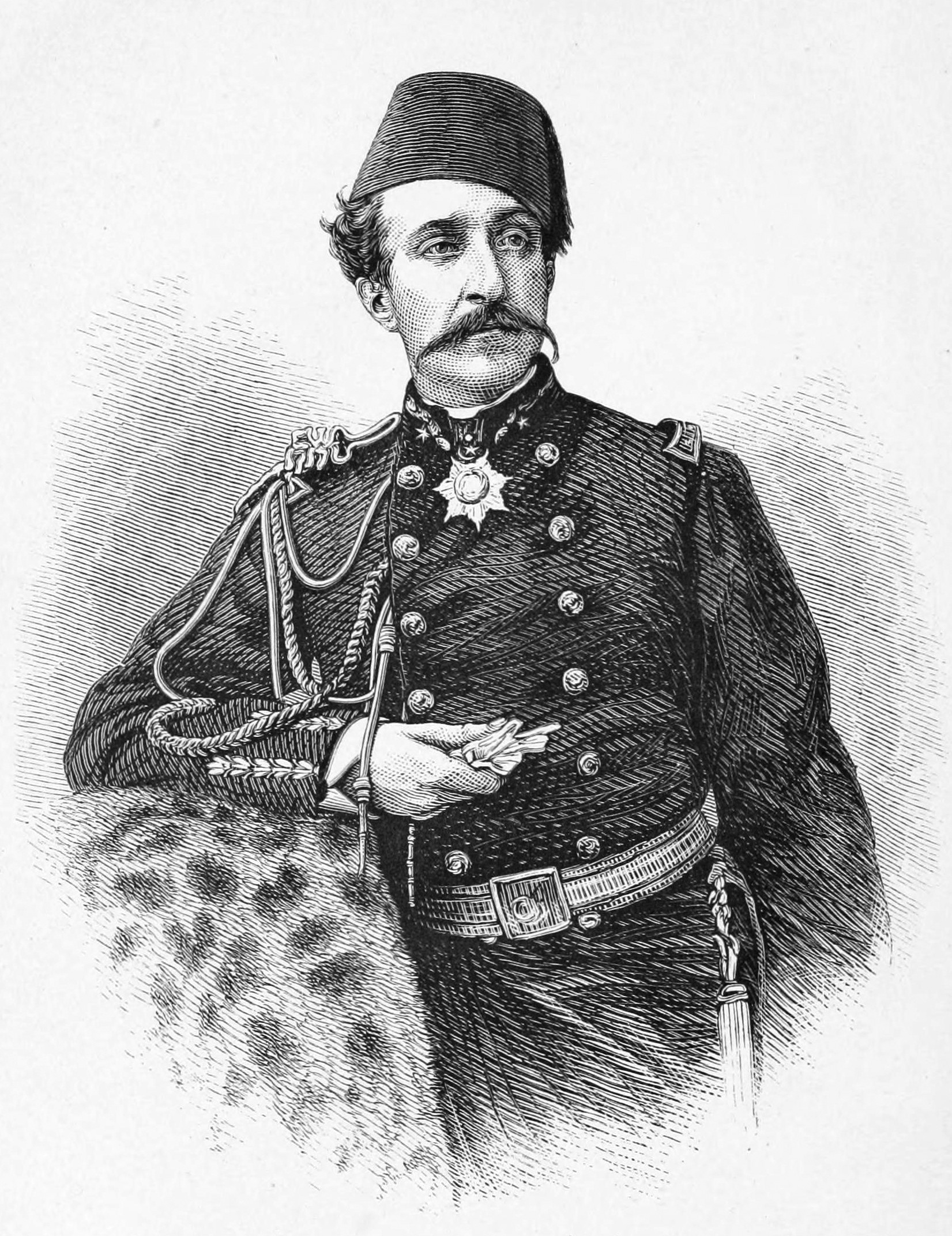 Ottoman contacts with Somalia go back to the mediaeval period and intensified in the 19th century when the Egyptian Khedive sought to expand his empire (under Ottoman suzerainty) into the Horn of Africa, establishing short-lived bases at Kismayo and Barawe (Brava) and going so far as to send an exploratory mission up the Juba River under the command of a British naval officer, McKillop Pasha, and two American Civil War veterans, Colonel Charles Chaillé-Long and Lieutenant Colonel William H. Ward.

Ankara has also pledged increased levels of aid to autonomous Somaliland and is hosting and facilitating a new round of reconciliation talks in Ankara between the unrecognized breakaway state and the rest of Somalia. Turkish investors have initiated a number of economic projects in Somaliland and Turkish oil exploration company Genel Energy PLC is planning to begin operations in the region (Today’s Zaman, April 14; Anadolu Agency, April 15).

While engagement with Somalia promises access to resources and new markets for Anatolian industries, Turkey’s growing involvement in places such as Libya and the Horn of Africa is part of a larger Turkish geo-political offensive in the African continent that is part of Ankara’s vision of Turkey as an advanced non-Western state ready to embrace its Ottoman heritage (with conditions) and resume its place as a vital and important international player. However, the targeting of Turkish nationals displays al-Shabaab’s determination to impose its own version of a Salafist theocracy on Somalia regardless of economic realities and the desperate conditions endured by many Somalis.