Al-Qaeda and related Islamist militant groups have long relied on the works of a 14th century Syrian-born Islamic scholar for the ideological underpinnings of their radical approach to religion and politics. Shaykh Taqi al-Din ibn Taymiya (1263-1328) was the author of the seminal “Mardin Fatwa,” frequently cited by militants as justification for political violence. A conference of Islamic scholars was held on March 27-28 at Turkey’s Mardin Artuklu University to re-examine Ibn Taymiya’s controversial ruling. The conference was guided by a panel of 15 scholars from across the Islamic world and aired live (in part) by al-Jazeera TV. Mardin is an historical crossroads of trade and empires; though part of Turkey, most of its citizens are Arabs, Kurds, Syriac Christians and Yezidis. 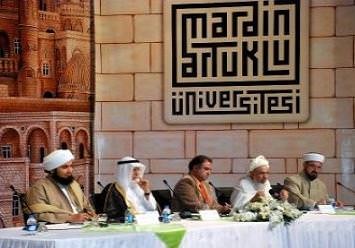 Ibn Taymiya was born into turbulent times, with his native Mamluk state of Syria and Egypt under constant threat of attack or invasion by nominally Muslim Mongol armies. The shaykh solved the tricky problem of Muslims fighting Muslims (forbidden by the Koran) by ruling that the Mongols occupying Mardin were not fully-practicing Muslims, thus legitimizing the mobilization of the state’s full resources in a jihad against the invaders. Though intended for very specific circumstances, the Mardin fatwa has survived as a means of legitimizing jihad against rulers who are judged to be insufficiently Islamic in governance and beliefs.

The Mardin fatwa and related works of Ibn Taymiya and his disciples became pillars in the works of 20th century radical Islamists such as Sayyid Qutb, Abdullah Azzam and Muhammad Abd al-Salam Faraj, who relied on Ibn Taymiya for justification of their opposition to secular “apostate” regimes and leaders in the Muslim world. The authority of the 14th century shaykh has been cited repeatedly in the statements and manifestos of numerous Salafist militants, most notably Osama bin Laden.

Some of the participating scholars argued that the traditional Islamic division of the world into Dar al-Islam (the Abode of Islam) and Dar al-Harb (the Abode of War) was outdated and did not anticipate the development of international law and human rights. The new Mardin declaration stated clearly, “Anyone who seeks support from [the Mardin] fatwa for killing Muslims or non-Muslims has erred in his interpretation and has misapplied the revealed texts” (Today’s Zaman, April 2; mardin-fatwa.com).

Dr. Ahmet Ozel of the Islamic Studies Center of Istanbul noted, “In the medieval age, all states were constantly at war with each other, and there was no system of international law. That is why medieval Islamic jurists saw non-Muslim countries as the Abode of War… Today, Muslims are not only secure and free in European countries; they can even be elected to parliaments” (Hurriyet, March 28; March 30).

The scholars also examined the problem of “textualism” (a rigid adherence to texts regardless of changing contexts). Bosnian Grand Mufti Mustafa Ceric observed, “Most ulema [Islamic scholars] have a problem. They know the classical texts very well, but they don’t know the contemporary world that much” (Hurriyet, March 28).

Among the conference’s important decisions:

•    Muslim individuals or groups do not have the right to decide on their own to declare or conduct jihad.

•    The emergence of civil states that guard religious, ethnic and national rights means the rigid divisions between “Abode of Islam” and “Abode of War” are no longer valid.

•    The Mardin fatwa and similar texts had been misused not only as a result of changing contexts, but they had been interpreted incorrectly.

Organizers of the conference emphasized that the closing declaration was not itself a fatwa, though much of the Islamic press continued to refer to it as such.

The conference was sponsored by two Muslim NGOs: the Global Center for Renewal and Guidance (GCRG) and Canopus Consulting. The GCRG describes itself as an “independent educational charity.” Its president is Shaykh Abdullah bin Bayyah, a well-known Mauritanian scholar of Islam who teaches at King Abdul Aziz University in Saudi Arabia. The GCRG vice-president is Shaykh Hamza Yusuf (a.k.a. Mark Hanson), an American convert to Islam who runs the Zaytuna Institute for Islamic studies in California. An internet search did not reveal any prior activities of an NGO using the name Canopus Consulting, though the name is used by an apparently unrelated software firm. The conference received financial support from the Turkish and British governments, though Turkey’s own Religious Affairs Directorate refused to participate (Hurriyet, March 28).

Opposition to the conference came from several directions. The top religious authority in Turkey, Directorate of Religious Affairs President Ali Bardakoglu, rejected the entire exercise, saying, “It’s incredibly meaningless for a group of people to gather after centuries have passed to try and invalidate a religious view given centuries ago” (Today’s Zaman, April 2). Reaction also came from an Iraqi militant group, Jaysh al-Fatihin (Conquering Army), which denied that circumstances had changed since the Mardin fatwa. “All of us know that the incidents most similar to our [present] situation were those that happened in the time of Imam Ibn Taymiya…” (Media Commission of Jaysh al-Fatihin, April 1).

Elements of Turkey’s Islamic press derided the conference as an example of U.S. efforts to undermine the Islamic world and create a new form of Islam compatible with U.S. interests (Vakit, March 30; April 1). A well-known Turkish scholar, Hayrettin Karaman, insisted that opposition to an existing fatwa could only be expressed by a new fatwa on the same subject, allowing Muslims to decide which scholar’s opinion they trust more (Yeni Safak, April 1). Many Turkish scholars declined to attend out of fear that the conference was organized by the British government. “They’re worried that the conclusion of the conference will be that jihad is no longer valid in our day and age and that this will rule out resistance even under situations of oppression such as that in Palestine today” (Sunday Zaman, April 4). In India, however, the results of the conference were welcomed by a number of prominent Muslim leaders (Times of India, April 2).

This article first appeared in the April 9, 2010 issue of the Jamestown Foundation’s Terrorism Monitor