A June 18 suicide bombing at the entrance of a hotel in the Somali town of Beled Weyne (the provincial capital of Hiraan province) killed Somalia’s Minister of Security, Colonel Umar Hashi Adan, the former Somali ambassador to Ethiopia, Abdikarim Farah Laqanyo, and at least 18 others (al-Jazeera [Doha], June 19; al-Arabiya [Dubai], June 18). Responsibility for the blast was claimed by al-Shabaab spokesman Shaykh Ali Mahmud Raage (a.k.a. Shaykh Ali Dheere); “One of our Mujahedeen went with his car laden with explosives to a building where the apostate and other members from his group had been meeting… The apostates have been eliminated; they all died in the suicide attack” (AFP, June 18). 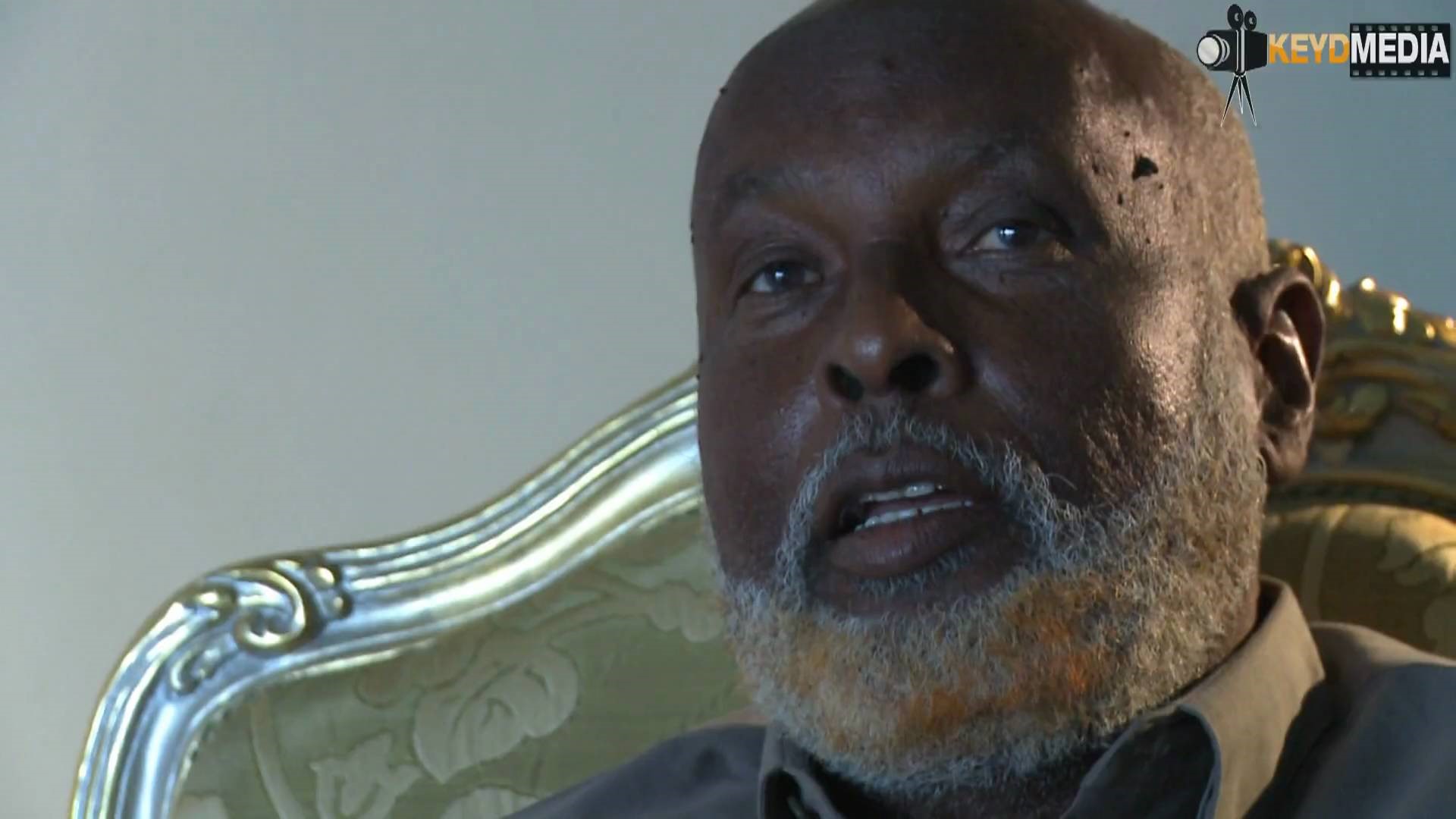 Another Shabaab spokesman, Ali Muhammad, told al-Jazeera: “I bring Muslims the joyful news of the destruction of one of the pillars supporting God’s enemies. God guided the mujahideen to a successful attack on an enemy stronghold, in which some of the leaders of apostasy were killed, including Ethiopia’s primary agent – the [Somali] security minister – and Ethiopian Army officers. It was a martyrdom operation that was executed by a mujahid hero affiliated with the Mujahideen Youth Movement [the full name of al-Shabaab] (al-Jazeera, June 18). Ali Muhammad warned of a wave of suicide bombings against traitors and foreign forces in Somalia.

The attack in Beled Weyne occurred at the end of a meeting between Somali government officials and Ethiopian military officers intended to discuss means of reversing the progress of the Islamist opposition coalition and preserving the diminishing government of President Shaykh Sharif Shaykh Ahmad. Al-Shabaab is the only Somali faction known to use suicide attacks. The timing of the attack and its target was a clear warning to the Transitional Federal Government (TFG) that al-Shabaab will strike at anyone thought to be negotiating a return of the Ethiopian military to Somalia.

Carried out by three men in a Toyota, the attack on the Madina Hotel was carefully timed, occurring just as Colonel Umar Hashi was leaving the hotel with the Ethiopian army officers with whom he had been meeting. They were on their way to their vehicles in the hotel parking lot when the suicide bomber drove up to the entrance of the hotel before detonating the explosives. The 20 killed included a number of senior Ethiopian and Somali military officers (including Colonel Umar Hashi’s brother), government officials, local Beled Weyne security men and several civilians (Somaaljecel.com, June 18). The Security Minister was a native of Beled Weyne and there is speculation his death and the death of a number of other local authorities in the suicide bombing may galvanize the resistance of local clans to al-Shabaab in the Hiraan region (al-Jazeera, June 18).

A major battle was fought in the Hodan district of Mogadishu the day before the attack, killing 26 people, including Mogadishu’s police commander. Thirteen people were killed when a mortar shell struck a mosque (AFP, June 17). The fighting was Hizb al-Islam’s response to TFG attacks on Hizb al-Islam military bases in Hiraan region the day before (Shabelle Media Networks, June 17). The Hizb al-Islam – al-Shabaab coalition has penetrated parts of the capital and is mounting a fierce campaign to dislodge the TFG and those Islamists supporting President Shaykh Sharif Shaykh Ahmad. Hizb al-Islam is itself a coalition of Islamist groups that grew out of the earlier Alliance for the Reliberation of Somalia-Asmara (ARS-Asmara). It is led by Shaykh Hassan Dahir Aweys, the former chairman of ARS-Asmara and a long-time rival of President Shaykh Sharif Shaykh Ahmad (the former leader of ARS-Djibouti). 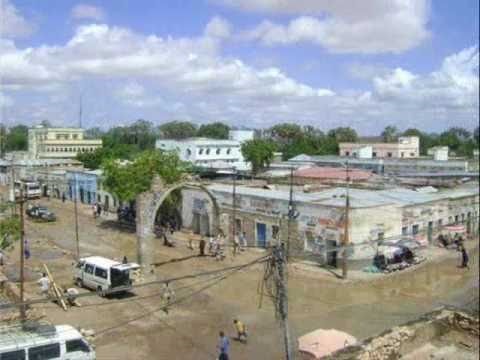 Arms are being distributed to members of the President’s Hawiye clan, many of them streaming into Mogadishu from areas outside of the capital. Hizb al-Islam and al-Shabaab have also been reinforced in Mogadishu by new fighters arriving from the provinces, including a column from the Shabaab-held port city of Kismayo (AllPuntland.com, June 17).

TFG MP Asha Ahmad Abdalla accused the president of hypocrisy for inviting the return of Ethiopian troops against whom he led a jihad only a short time ago, as well as for bringing warlords back into the government. “Sharif has led Somalia into carnage that is worse than the one committed by Ethiopian troops when they were in the country. He has revived warlords whom we know had caused suffering in the country” (Gobolada.com, June 18). The MP was undoubtedly referring to the appointment of former warlord Shaykh Yusuf Muhammad Siad “Indha Adde” as the new Somali State Minister of Defense. Following the appointment, the government is reported to have handed most of its arms over to Indha Adde (Waaga Cusub, June 18). As a member of the Islamic Courts Union (ICU) in December 2006, Indha Adde invited jihadis from all over the Muslim world to “continue their holy war in Somalia” (Shabelle Media Networks, December 23, 2006).

The TFG parliamentary speaker, Shaykh Adan Muhammad Nur, issued a request for foreign intervention on June 20; “We ask neighboring countries – including Kenya, Djibouti, Ethiopia and Yemen – to send troops to Somalia within 24 hours” (al-Jazeera, June 22). Ethiopian soldiers in central Somalia have told local residents they are looking for “foreign troops” threatening Somalia (Mareeg.com, June 22). Addis Ababa denies sending troops back into Ethiopia, saying it would need an international mandate to do so, but admitted earlier to carrying out “reconnaissance missions” inside Somalia (Reuters, June 12). There are reports that the 4,300 African Union (A.U.) peacekeepers from Uganda and Burundi have become involved in the fighting as part of their mandate to protect strategic sites in Mogadishu (al-Jazeera, June 22).

The President blamed foreign terrorists for the Beled Weyne attack, an accusation that was backed up by Prime Minister Omar Abdirashid Sharmarke. “Somalis have no expertise to carry out this [kind of] attack; this was the work of foreigners” (AFP, June 18). Shaykh Sharif Shaykh Ahmad said al-Qaeda was behind the bombing and suggested Somalia was under attack from mercenaries and al-Qaeda terrorists from Iraq and Afghanistan (Shabelle Media Network, June 18; AllPuntland.com, June 18). Al-Shabaab maintains that the suicide bomber was a Somali man named Muhammad Deerow Shaykh Adam. TFG parliamentary speaker Shaykh Adan Muhammad Nur claims the Islamist opposition forces in Mogadishu are being led by a Pakistan al-Qaeda operative based in the capital’s Sanna neighborhood, but has provided no evidence to support this claim (al-Jazeera, June 22).

With the TFG on the verge of collapse, the President and his ministers are identifying foreign elements as the main threat to their regime in the hopes of rallying international support, but the real threat is coming from the President’s former comrades in Somalia’s Islamic Courts Union, such as Hizb al-Islam leader Shaykh Hassan Dahir Aweys.