Assassins believed to be with al-Qaeda in the Islamic Maghreb (AQIM) burst into the Timbuktu residence of a Malian intelligence officer on the evening of June 10, blowing half his head away with point-blank gunfire before making their escape. The veteran Arab officer had just made a number of high-profile arrests of AQIM members as part of an ongoing campaign against al-Qaeda elements in northern Mali (Le Challenger [Bamako], June 11; Nouvelle Libération, [Bamako], June 16). 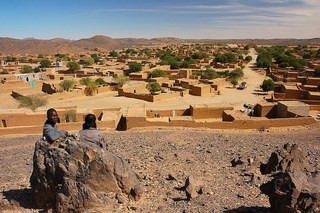 Troops pursued the assassins of the well-known officer into the Tadoudeni area of Northern Mali (an important region for salt mines), with the Salafists laying landmines behind them as they withdrew to the north (Info-Matin [Bamako], June 17).

Lieutenant Colonel Lamana Ould Bou was with Mali’s military intelligence and led operations against AQIM in northern Mali. He was a former member of the Front Islamique Arabe de l’Azawad (Arab Islamic Front of Azawad – FIAA), a rebel movement based around northern Mali’s Arab minority. He became a member of the Malian security forces after a peace accord was signed in 1991. His valuable contribution to anti-terrorist operations was described by a fellow officer: “As a native of Timbuktu Region, he had very profound knowledge of the area and knew where to find the enemy. So, of late, he had been of great assistance in tracking and arresting a score of Islamists and terrorists” (L’Independent [Bamako], June 16).

After a funeral attended by thousands, the army took revenge in a June 16 attack on an AQIM base in the Tessalit Oasis, killing anywhere from 16 to 26 fighters, though some sources suggest these numbers may be inflated {Le Républicain, June 18; al-Hayat, June 18). According to Malian military sources, the Salafist camp was under the command of Abd al-Hamid Abu Za’id. Three Bérabich Arab militiamen and two Malian regulars were killed when their military vehicle struck an AQIM landmine during the pursuit (Nouvelle Libération [Bamako], June 17). Arab and Tuareg militias have been increasingly employed by the Malian government for desert operations in remote northern Mali. Algerian security sources said the raid was part of an attempt to encircle AQIM forces near the Algerian border and liberate a Swiss hostage (al-Hayat, June 18).

According to reports from the Malian capital of Bamako, President Amadou Toumani Touré has been reluctant to enter into a full-scale campaign in the vast lands and harsh conditions of northern Mali, preferring a path of negotiations. Since security operations were scaled back after the defeat of Ibrahim Ag Bahanga’s Tuareg rebels in February, trafficking in arms and other contraband has increased in the north as the tribes begin to rearm for what they regard as an inevitable resumption of hostilities in the region (Le Matin [Bamako], June 17; Info-Matin, June 17; for Ag Bahanga, see Terrorism Focus, February 26). The government in Bamako is dominated by the southern Bambara tribe, part of the larger West African Mande group.

Algeria has been providing the Malian military with arms, fuel and ammunition to combat the Salafist militants in northern Mali (Le Républicain [Bamako], June 18). There are approximately 300 U.S. Special Forces trainers and advisers in Bamako, Gao and Timbuktu, as well as a smaller number of British troops. There are reports of American and British officials following closely behind the Malian offensive, questioning local tribes about the location and strength of AQIM forces in the region (al-Hayat, June 18). AQIM executed British hostage Edwin Dyer in Malian territory on May 31 after its demand for the release of al-Qaeda ideologist Abu Qatada was refused by the U.K. government.