After the surprising detention of their leader in Chad, a Central African Republic (CAR) rebel group has mounted new attacks on government forces to press for his release, according to CAR government spokesmen. The rebels belong to the Convention des Patriotes pour la Justice et la Paix (Convention of Patriots for Peace and Justice – CPJP), led by the recently detained Charles Massi, a former minister of mines and agriculture in the government of the CAR. Massi was ousted from his post when the government of President Ange-Félix Patassé was overthrown by General François Bozizé, the current ruler of the CAR. In recent years the violence in the CAR has become closely tied to political violence in neighboring Chad and Darfur. 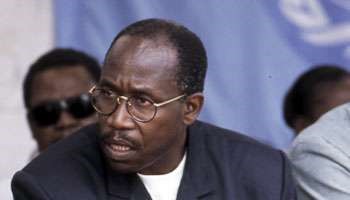 Massi’s arrest came unexpectedly after Massi left Paris for N’Djamena, where he had meetings with leading Chadian officials and sought President Idriss Déby’s mediation in his dispute with the CAR government (Le Confident [Bangui], June 8; June 11). His arrest was reported to have come in mid-May as he headed towards the CAR border (Radio France Internationale, June 5).  CAR President Bozizé has close ties with the Déby regime and came to power with Chadian military assistance. Many members of the Presidential Guard, the best-equipped element of the ramshackle armed forces, are from Chad.

Massi has been charged with “attempted destabilisation of a neighbouring country.” The CPJP has written Idriss Déby, asking for Massi’s release on the grounds he “in no way represents a danger either to internal or external security nor to the national and territorial security of Chad” (AFP, June 17).

It is difficult to say what direction the leaderless CPJP will now take, considering that the movement exists solely as a manifestation of Massi’s political ambitions. Junior Defense Minister Jean-Francis Bozizé (son of President Bozizé) says the CPJP is seeking to use any means “to maintain a climate of insecurity in the country” (AFP, June 17). The CPJP has established a stronghold in the Ndele region and has so far refused to participate in the CAR peace process, aimed at reconciling a host of rebel movements with the Bozizé government.

The other main rebel group still outside the peace process is led by General Abdoulaye Miskine (a.k.a. Martin Koumta-Madji), a Chadian mercenary who inserted himself into CAR politics after acting as a military adviser to President Patassé. With most of the CAR army based in Bangui, the rest of the country is open ground for rebel movements, cattle raiders and coupeurs de routes (highwaymen). Forming an armed group has become the standard way of expressing political viewpoints or resolving political disputes in the CAR. A Bangui daily reported the formation on May 23 of yet another rebel movement, the National Movement for the Fatherland’s Salvation, whose central dispute is with the leadership of an existing rebel movement, the Movement of Central African Liberators for Justice (L’Hirondelle, June 11).