Even as Somalia’s militant al-Shabaab movement closes in on the capital of Mogadishu in league with its allies in the Hizb al-Islam coalition, there are signs that a major shakeup in the Shabaab leadership is under way. 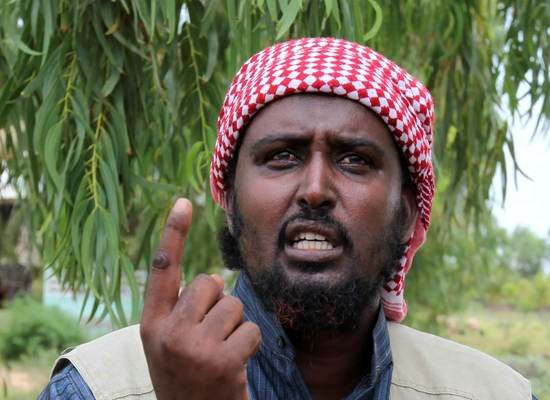 On May 21, Shaykh Ali Mahmud Raage, who is also known as Shaykh Ali Dheere, replaced al-Shabaab spokesman Shaykh Mukhtar Robow “Abu Mansur” (Radio Simba, May 21; Shabelle Media Network, May 22). Abu Mansur has long been the public face of al-Shabaab as well as its most prominent field commander. His successor was previously the al-Shabaab chairman in Hiran region. Abu Mansur said at a press conference that he welcomed the move, though his new role in the movement was not outlined and little has been heard from him since the change was made. The transition appeared amicable, but no explanation was offered for the surprising move.

There have been unconfirmed reports of differences within al-Shabaab’s leadership, particularly over the movement’s continuing Salafist-inspired destruction of Somalia’s Sufi Muslim heritage, which has inspired a new Sufi-based movement, Ahlu Sunna Wa’l-Jama’a, to take up arms against al-Shabaab. However, a new round of destruction of Sufi shrines and tombs in the Bardhere district of Gedo region indicates that no change has occurred to this controversial policy.

Shaykh Fu’ad Abdullahi, the local al-Shabaab leader explained the demolition of tombs by al-Shabaab forces outside the port city of Kismayo in early May: “The destroyed gravesites were places where people worshipped and this is forbidden by Islam” (Garowe Online, May 6). The government’s implementation of Shari’a (Islamic law) in Somalia, a principal aim of al-Shabaab, may also have created divisions within the movement.

The replacement of Abu Mansur occurred just days after al-Shabaab’s official leader was seriously injured. The more reclusive Amir (Commander) of al-Shabaab, Shaykh Ahmad Abdi Godane “Abu Zubayr” (a.k.a. Ahmad Abdi Aw Muhammad, a.k.a Shaykh Mukhtar “Abu Zubayr”), appears to have been killed or incapacitated by an accidental bomb-making explosion at a safe house outside Mogadishu on May 17.

Shaykh Abdi Godane was seriously wounded in what was variously described as a training exercise with explosives, a car bomb that detonated prematurely, or an incident involving a Pakistani suicide bomber who accidentally crossed the wrong wires while being fitted with his suicide vest (Garowe Online, May 18, May 20; Waagacusub.com, May 18). As many as 17 Shabaab members may have been killed in the blast, including a number of leaders present for a meeting with Abdi Godane and at least three Pakistani volunteers.

Only days before, the normally reticent Abdi Godane issued an 11-minute audiotape condemning the new government of Shaykh Sharif Shaykh Ahmad, in which he states, “The so-called government cannot be described as an Islamic government, because it was created to destroy Islamists in Somalia” (Garowe Online, May 13). The Shaykh made clear al-Shabaab’s commitment to a global jihad, saying “We will fight and the wars will not end until Islamic Shari’a is implemented in all continents in the world and until Muslims liberate Jerusalem… The fighting in Mogadishu is between the forces of Allah and elements whose intention is to introduce democracy and Jewish theories, so we ask the population in the capital to choose the right path.” (AFP, May 13). Shaykh Ahmad Abdi Godane is believed to have organized several suicide bombings in Somalia and Somaliland.

This article first appeared in the June 4, 2009 issue of the Jamestown Foundation’s Terrorism Monitor