After years of relative neglect, Bangladesh is initiating a major overhaul of its maritime security apparatus, designed not only to improve its coastal defenses against terrorists and organized crime, but also to create a navy capable of serving in international peacekeeping operations, an important source of foreign currency for the largely impoverished nation. 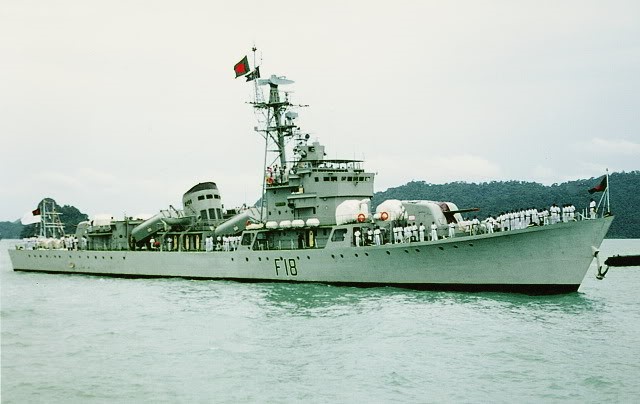 Following a request from the Dhaka government, the United States has supplied 15 Defender Class patrol boats to the Bangladeshi Navy and Coast Guard to help secure the nation’s extensive maritime borders. The 16 boats will come under the command of the Navy Special Operations Force, with a further six designated for use by the Bangladesh Coast Guard (Daily Star [Dhaka], April 13; Bangladesh News 24 Hours, April 13). According to the U.S. embassy, “This donation is the largest delivery of U.S. Coast Guard boats to any nation” (New Nation [Dhaka], April 14). U.S. forces will provide training in use of the new ships as part of the joint “Tiger Shark” exercise in late May. U.S. military units will concentrate on training elements of the Army, Navy and Coast Guard in counterterrorism operations, anti-piracy operations and general maritime security.

Manufactured by Safe Boats International in Washington State, the 25 foot (8 meter) boats are typically used in the United States for search and rescue, port security and law enforcement activities. Defender class boats can be armed with heavy machine guns and are capable of a speed of 46 knots.

Since its formation in 1971, the Bangladesh navy has focused on local waters, but took a major step towards international operations earlier this month by sending two warships, BNS Osman and BNS Madhumati, to join the maritime taskforce of the United Nations Interim Force in Lebanon (UNIFIL) (Daily Star, April 12). BNS Osman (the former PLAN Xiangtan) is a Chinese-built Jianghu class guided missile frigate that was involved in a 1988 naval skirmish with Vietnamese naval forces in the Spratley Islands. The smaller Madhumati is a Korean-built offshore patrol vessel, built by Hyundai and launched in 1997.

Unlike the navy, the Bangladesh army is well traveled, being one of the most prolific contributors to U.N. peacekeeping forces. Since 1988, the army has participated in 30 peacekeeping operations in 25 different countries. These operations are a major source of foreign currency for the government in Dhaka.

Only a day before the departure of the Osman and the Madhumati, Prime Minister Sheikh Hasina announced the government’s plan to transform the Bangladesh navy into a “three-dimensional force” through the addition of submarines, maritime patrol aircraft, helicopters and two new Chinese-built frigates. The Korean-built Ulsan class frigate BNS Bangabandhu (formerly known as BNS Khalid Bin Walid), currently decommissioned despite being the navy’s most advanced warship, will also be brought out of reserve (Daily Star, April 11).

The Bangladesh military is eager to erase some of the indignities suffered through a large-scale mutiny in the Bangladeshi Rifles (BDR) in February, 2009, in which 74 people were killed in a remarkably brutal fashion, including 57 officers and BDR chief Major General Shakil Ahmed (Times of India, April 7).