Nigeria has experienced years of sectarian violence between Christians and Muslims and endured massacres and bombings by religiously-inspired groups like Boko Haram. Now, however, with the slaughter of as many as 90 members of Nigeria’s security forces, practitioners of one of Nigeria’s many forms of traditional religion have challenged the state’s authority in central Nigeria’s Nasarawa State, lying roughly on the dividing line between the Muslim majority north and the Christian majority south. 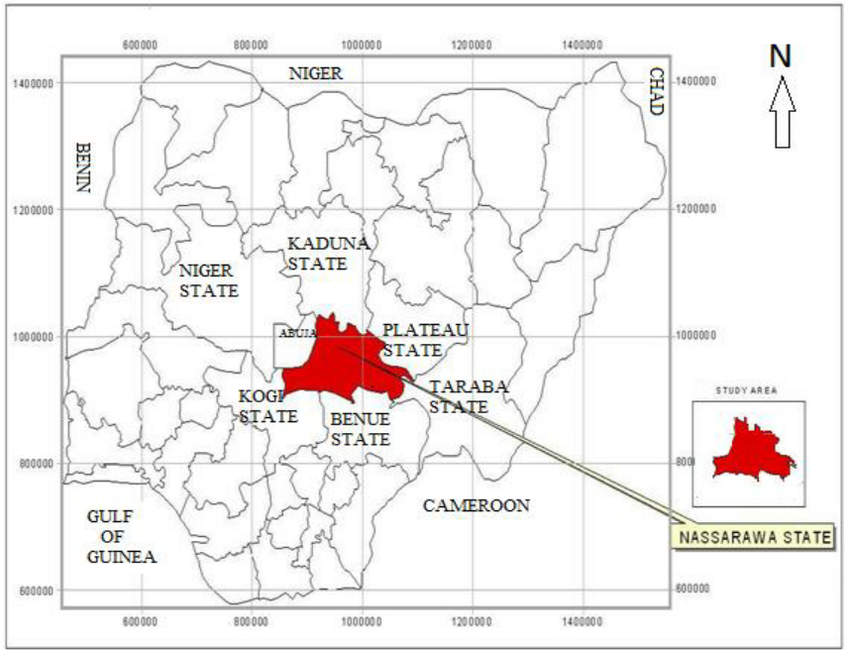 The Ombatse cult is based on traditional forms of worship practiced by the Eggon ethnic group. The Eggon people of Nasarawa State are roughly divided in their religious allegiance to Christianity and Islam, but many see no contradiction in also following more traditional belief systems. The Eggon speak their own Benue-Congo language (Eggon), though traditional oral histories of the group trace their origin to Yemen. Today, they are concentrated in the Lafia, Akwanga and Nasarawa-Eggon districts of Nasarawa State.

Though Ombatse (meaning “Time has Come”) has kept a relatively low profile for some years despite occasional clashes with non-Eggon neighbors and police, the traditional religious movement has embarked on a violent campaign of moral and spiritual reform implemented through forced conversions, though the campaign also draws on currents of political frustration and perennial disputes with semi-nomadic herders like the Fulani, who use the same land as sedentary agriculturalists like the Eggon.

Ombatse was allegedly formed as the result of a revelation received in a dream that called for male Eggons to purify society and rid it of social evils such as promiscuity, adultery, crime, alcohol consumption and smoking (Daily Trust (Lagos), November 25, 2012). One Ombatse member described the group’s focus: “The sect is highly purified and its members are not into alcoholism, sexual intercourse and stealing. Our members are highly moral and dedicated to their cause only” (BBC Hausa, May 10). The group’s founders have been identified as movement chairman Haruna Musa Zico Kigbu, movement secretary Zabura Musa Akwanshiki, Sgt. Alaku Ehe, Shuaibu Alkali, Iliyasu Hassan Gyabo and Abdullahi Usman.

According to the Ombatse chairman: “The religion had existed since time immemorial with a shrine ‘Azhili’ interceding for the people. Consequently, people linked with the ‘Ombatse Group’ usually ask the shrine for rain, good harvest and many other fortunes. Therefore, Ombatse Group is not a [form of] witchcraft; neither does it have anything to do with fighting wars” (National Mirror [Lagos], December 2, 2012).

Ombatse spokesman, Zachary Zamani Allumaga, explained the purpose of the movement and its origins in a December, 2012 interview with a Nigerian daily:

The invasion of the Europeans, Christianity and the Islamic jihad, all these influx changed the status quo. Our forefathers had their own way of worship which is the traditional way of worship before the influx. The coming of these foreigners infiltrated the place and consequently affected their style of worship. My father who is still alive practiced both the traditional religion and Christianity and he is still alive. I also have an uncle who is a Muslim and at the same time practices the traditional religion. These have all tested the two divides. I am a confirmed communicant Catholic and at the same time too, a traditional worshipper. Now, what led to us bringing back this traditional worship to our people is because of the complaints we receive every now and then from our people about the evil and vices that have pervaded our society and our state. These things were not there according to what our fathers told us. The society used to be serene and orderly till the advent of the foreigners. Some of those societal ills include murder, theft, rumor mongering, secret society and witchcraft (Vanguard [Lagos], December 22, 2012).

Ombatse members typically wear black clothing and bundles of charms to provide magical protection from gunfire. There is little place for women in Ombatse and they are barred from entering Ombatse shrines. Both Ombatse leaders and their opponents point out that not all Eggon are members of the traditional cult. Ombatse and all other ethnic militias in Nasarawa State were officially banned in late 2012.

Spiraling Violence in the Eggon Community

A pattern of worsening communal and religiously-inspired violence has emerged over the last year in Nasarawa State:

If Ombatse had escaped national attention so far by being classed as yet another ethnic militia clashing with its neighbors in a relatively obscure part of the country, the movement seized national and even international headlines with a massive and deadly ambush of state security forces on their way to raid the Ombatse shrine in Alakyo (six miles outside the state capital of Lafia). The May 9 raid was launched to arrest the movement’s leader after local people had complained the religious movement was carrying out forced conversions and oath-taking in regional churches and mosques. 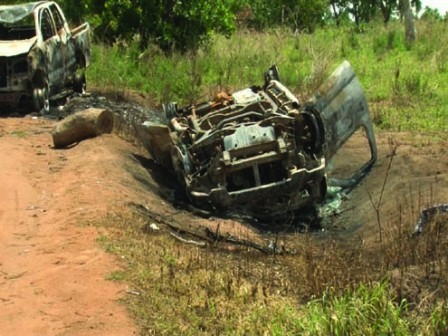 Ombatse members claimed a total of 95 policemen and state security agents were killed, while police have admitted to 30, with seven still missing (Nigerian Tribune, May 9; AFP, May 9). Most media reports suggested a figure in the range of 55 to 65 dead, but a nurse reported a local hospital had received 90 corpses and was awaiting the arrival of another 17 (Daily Trust [Lagos], May 11). Police later revealed that four policemen were still being held hostage by the Ombatse. According to one report, the failed raid was carried out without proper clearance from Abuja and a local military unit declined to join the police and state security men in the raid on these grounds (Premium Times [Abuja], May 12).

After the slaughter, the bodies of the security men were burned beyond recognition in large fires. One veteran police respondent described it as “the most cold-blooded act I have witnessed against the law enforcement community in my three decades in the force” (Premium Times [Abuja], May 10). Large scale protests by the wives and families of the deceased have paralyzed the state capital as the charred bodies are gradually brought into Lafia.

An Ombatse member described how cult members had heard rumors for days that security forces were preparing to arrest the cult leader. Remaining vigilant, they intercepted 12 trucks full of heavily armed policemen who claimed they were not going to the cult shrine: “We said we did not agree. Suddenly, they threw tear gas at us and it did not affect us. Next, they opened fire and killed nine of our members, and we retaliated by using axes to hack them to death” (BBC Hausa, May 10). Another Ombatse member told a Nigerian news agency: “In self-defense we killed 95 of them, we have no guns. It was machetes that we used in defending ourselves and eventually [we] killed them” (Sahara Reporters [Lagos], May 9).

One officer speaking on behalf of nine other police survivors said it was plain the militia was aware of their coming and had set up an ambush at a particularly narrow part of the road. Perhaps reflecting a common spiritual base with the attackers, the officer recounted that the heavy fire of the security forces was “futile, as bullets were not penetrating them” (Leadership [Abuja], May 10). While the ten survivors, many of them wounded, succeeded in escaping in the last truck in the convoy, other officers who tried to flee into the bush were pursued and cut down with machetes. The attackers seized a considerable quantity of arms that will make them an even more potent force on their home ground.

Most alarming was the fact that great lengths had been taken to keep the timing and destination of the security convoy a secret, even to the extent that most of the men did not know where they were going. As one police officer remarked: “That the cultists would anticipate and wreck this kind of attack on security people speaks volumes of either infiltration or mission betrayal” (Premium Times [Abuja], May 10). Two police corporals of Eggon origin were eventually arrested on charges of leaking information regarding the raid to Ombatse. At the time of their arrest they were in possession of three AK-47 rifles and a large quantity of charms (Daily Trust [Lagos], May 11).

Some Eggon claim to have engineered the election of Nasarawa State governor Umaru Tanko al-Makura (a non-Eggon Muslim) by invoking the intervention of the Ombatse shrine. However, al-Makura has since fallen out of favor with the Eggon.  Allumaga and other Ombatse leaders now accuse successive Muslim governors of Nasarawa State of attempting to carry out an “ethnic cleansing” of Eggon from parts of the state (Nigerian Tribune, May 12). Many Eggon are now supporting the candidacy of a fellow Eggon, current state minister of information Labaran Maku, in the 2015 election for governor.

Ethnic militias have frequently been formed and deployed for intimidation purposes in Nigerian electoral contests and there are some in the state capital of Lafia who believe Ombatse has a political purpose related to the inability of the Eggon to produce a governor from their own group despite their numbers in the state. The militia may in this sense be part of an effort to rally the frequently disunited Eggon behind a single purpose through oath-taking and appeals to traditional norms (Premium Times [Abuja], May 10).

The Nasarawa Commissioner for Information, Hamza Elayo, has suggested that some Eggon politicians may have recruited Ombatse to further their cause: “It is obvious they are being sponsored by some ambitious politicians… The security agencies have been closing in on such politicians but I don’t want to mention names” (AFP, May 9). An official statement by Governor al-Makura confirmed the administration’s view that the Ombatse violence was political rather than religious in nature: “The crisis has no religious [dimension] as speculated by some sections of the media; some people are just bent on destroying the state because they feel they are not in power” (Premium Times [Abuja], May 12). 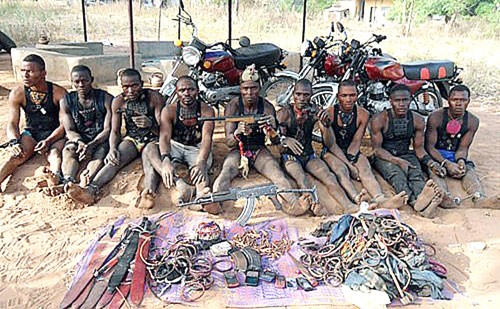 Even Ombatse spokesman Zachary Zamani Allumaga has acknowledged the movement has a political purpose. Referring to their self-declared responsibility for the election of the present governor, Allumaga noted:

There is serious animosity against the Ombatse group simply because they are aware that we went to Azhili [a traditional deity] and prayed for the political landscape of Nasarawa State to change for good, and indeed it changed…  As 2015 is approaching, we are aware that some people are planning to ensure the Eggon nation is dislodged from the political landscape of the state, so they call us all kinds of names so that they can hang us. But I can assure you, we are prepared to pray to Azhili with all legitimacy (Vanguard [Lagos], December 22, 2012).

Before the Alakyo massacre, Ombatse spokesmen were united in denying any involvement in the violence in Nasarawa State, often by blaming it on “rogue elements,” but some Ombatse members are now admitting their responsibility for attacks on Nigerian security forces, if not neighboring communities. The Alakyo incident has left Ombatse in control of a large quantity of arms and ammunition, making the cult a significant threat to non-Eggon communities in Nasarawa as well as to state security forces, who will inevitably seek revenge for the horrific slaughter on the road to Alakyo. Whether formed initially by a desire for moral reform, a perceived need for self-defense against aggressive pastoralists or even as an armed adjunct to local electoral politics, Ombatse has entered a new phase of insurgency against the state, giving Abuja yet another security headache in central Nigeria even as it struggles to contain insurgents and terrorists in the northern and southern regions of the country.