As Niger struggles to expand its uranium industry and exploit potentially rich oil reserves in its northern regions, it has been forced to address the security consequences of being a neighbor to northern Mali, southern Libya and northern Nigeria, all regions experiencing large levels of political and religious violence that have little respect for national borders. 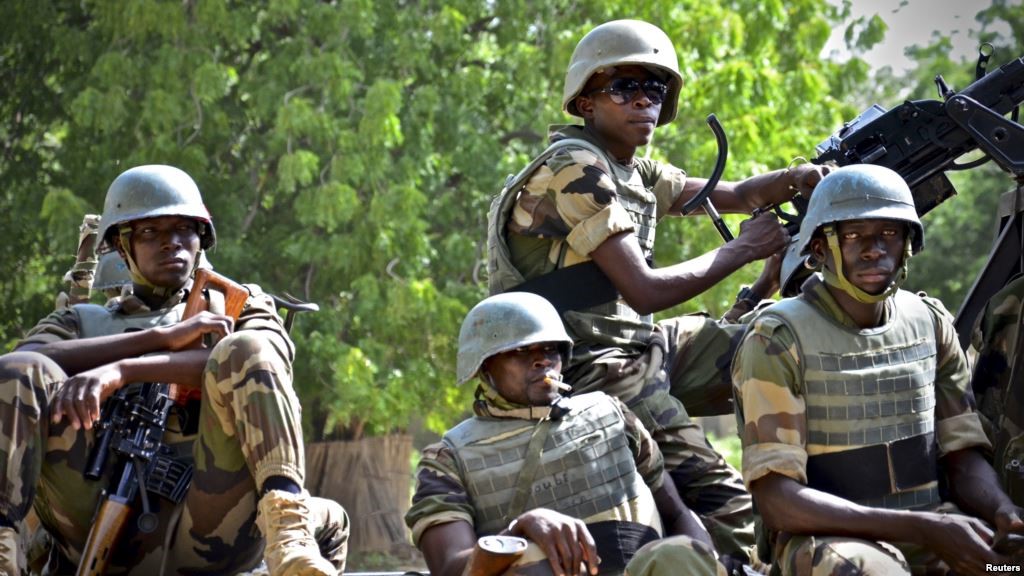 Niger’s army played an important role in Operation Serval, the French-led military intervention in northern Mali. Rather than operating with the rest of the African units that gathered in Bamako but played no important role in the fighting, Nigérien troops entered northern Mali alongside Chadian forces from Mali’s southern border with Niger. Niger now deploys over 650 soldiers in northern Mali at Gao, Ansongo and Menaka (RFI, May12). The Nigérien base at Menaka was the target of a May 10 suicide attack. A car full of explosives managed to burst through the gates of the camp, but was destroyed by Nigérien troops without any casualties other than the suicide attacker (AFP, May 10).

Niger President Mahamadou Issoufou, who has met three times in the last year with French president François Hollande, is urging a strong mandate for the UN peacekeeping force that is expected to replace the current ECOWAS operation:  “It should not be a classical-type mission like was the case in Bosnia-Herzegovina in the Balkans or in the Congo. Considering the nature of the enemy, this mission should be offensive” (RFI Online, May 14).

Niger’s foreign minister, Muhammad Bazoum, recently warned it had obtained information confirming that armed Islamists driven out of northern Mali by Operation Serval had shifted operations to Libya’s lightly-governed southwest, presumably by passing through northern Niger. According to Bazoum, “Mali has been settled, but Libya is far from being resolved, and today we think Libya is one of the biggest international terrorism bases… These bases, because they are terrorists,’ they will be a threat for Libya’s immediate neighbors” (Reuters, May 2). Veteran Nigérien Tubu militant Barka Wardougou also appears to have shifted his base of operations across the border into southern Libya, which has a substantial Tubu population.

Though Niger is usually graded as the poorest nation in the world, it has been forced to increase its defense budget in reaction to external threats and the presence of al-Qaeda operatives in the northern desert. While the minister of defense boasts of increased salaries, expanded recruitment and purchases of military equipment such as tanks, the minister of the interior points out that “this is money that we take from the education and health budgets” (Jeune Afrique, April 29). There are also plans to expand Niger’s internal intelligence agency, which consists at the moment of only roughly 100 men.

Niger’s army, the roughly 8,000 man Forces Armées Nigeriennes (FAN), is dominated by members of the Djerma-Songhai, historical rivals of the Saharan Tuareg of northern Niger, who, like their cousins in northern Mali, have engaged in several rebellions against the southern-dominated government. Though the Tuareg rebels of northern Mali and northern Niger have cooperated in the past, there have been no overt signs of unrest amongst the Tuareg of Niger since the Tuareg/Islamist rebellion began in Mali last year. The army continues to have close ties to France, the former colonial power, but has received increasing levels of U.S. training and assistance in recent years. A new U.S. training mission for African peacekeepers operating in Mali will begin on June 24 and will involve up to 30 U.S. instructors (Reuters, May 16).  There are already roughly 100 American military personnel in Niger, most of them involved with the operation and protection of U.S. drones based in Niamey.

French and American drones began flying surveillance missions out of Niamey’s Hamani-Diori Airport in February and there is speculation that Washington may consider creating a permanent base for drone operations in Niger.  Despite Niger’s ever-precarious economic situation, the presence of these unmanned aircraft has created a degree of “drone envy” in the Niamey government and military, which is “seriously considering” the purchase of its own drones. According to President Issoufou: “Without them we are blind and deaf people” (Jeune Afrique, April 22).

Nigeria’s Boko Haram and bandits posing as Boko Haram members continue to pose a threat to security in the areas along Niger’s southern border with Nigeria. To counter these activities, Niger contributes troops to the decade-old Multinational Joint Task Force (MJTF), composed of troops from Nigeria, Chad and Niger. The MJTF runs operations against Boko Haram groups active in the border region, though Niamey recently denied Nigerian claims that Nigérien troops were involved in an April 19 firefight near Lake Chad in which 185 civilians were killed in the crossfire between security forces and Boko Haram suspects. Niger defense minister Mahamadou Karidjo maintained that “No element of Niger’s army took part in these clashes… Boko Haram is not a direct threat for Niger; we are leaving Nigerians to deal with their own problem (AFP, April 26). In recent days more than 1500 Nigérien national who had been living on the Nigerian side of the border have fled the recurrent Boko Haram-related violence around Lake Chad back into an area of Niger that is already experiencing a food crisis (RFI Online, May 14).

Niger also faces the task of dealing with Nigérien jihadists returning home after being dispersed by Operation Serval. Many are reported to be Fulanis who were offered considerable recruitment bonuses but had little ideological commitment to the Islamist cause (Jeune Afrique, April 29). The best known returnee is Hisham Bilal, a former commander in the Islamist Movement for Unity and Justice in West Africa (MUJWA) who returned to Niger with his men last November after complaining that MUJWA’s Arab leaders used Black African jihadists as “cannon fodder” (AFP, November 9, 2012).