The Government of South Sudan (GoSS) continues to struggle with renegades who have broken away from GoSS security forces after losing in local elections in April to official candidates of the Sudan Peoples Liberation Movement (SPLM). 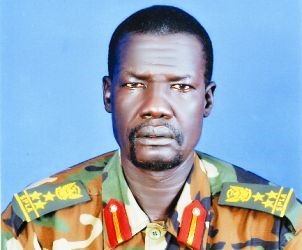 The latest commander to take up arms against the Sudan People’s Liberation Army (SPLA – the armed wing of the SPLM) is police Colonel Gatluak Gai (a.k.a. Galwak Gai), who called a Khartoum daily to announce his men had taken 27 machine guns with the intention of joining the forces of another renegade, Lieutenant General George Athor Deng (Al-Ra’y al-Amm [Khartoum], May 29). SPLA spokesman General Kuol Diem Kuol claims that Colonel Gai is working to further the interests of the ruling National Congress Party (NCP) in Khartoum and to “disturb security” in Unity State (Sudan Tribune, May 29).  On June 2, Colonel Gai’s loyalists engaged in a firefight with SPLA troops, with a combined loss of nine lives. One of the captured Gai loyalists was reported by the SPLA to be a member of the Sudanese Armed Forces (SAF) (AFP, June 2).

Colonel Gai’s followers were later defeated in a clash with the SPLA in Unity State’s Mayom County on June 7, in which 21 of his men were killed and 32 others captured. The SPLA reported Colonel Gai and an estimated 50 men had fled by night into a region of thick bush controlled by the Joint Integrated Units (JIU), forces composed of fighters drawn from both the SPLA and the SAF (Sudan Tribune, June 8). Colonel Gai and his fighters were last seen headed for the important Heglig oil field, a territory still disputed by Khartoum and the GoSS (Reuters, June 9).

General George Athor Deng, another defeated candidate who is leading a rebellion in similarly oil-rich Jonglei State, announced on June 2 that he was coordinating operations with Colonel Gai and another failed electoral candidate, David Yauyau, also of Jonglei State (Reuters, June 1; June 9).  Yauyau is a SPLA veteran who ran as the candidate of the United Democratic Front (UDF), a pro-independence Southern political party.

Containing some of the largest oil reserves in Sudan, Unity (Wahda) State was part of the South’s Upper Nile Province until boundaries were reorganized in 1994. The state has been repeatedly ravaged by government troops, militias and tribal clashes since 1997, resulting in a massive displacement of the local population (Business Daily Africa, June 16). Exact boundaries between North and South in the area have yet to be determined with the Southern referendum on independence now just a year away. Unity State is a potential flashpoint that could reignite the civil war between North and South Sudan.