On June 14, Somalia’s National Reconciliation Conference (NRC) was postponed for the second time. It is now possible that the conference will never be held. The NRC has been long viewed by the United States, the European Union and others as Somalia’s last chance for peace and security, but the postponement will compel the United States to re-examine its long-term policy in Somalia. For external consumption, Somalia’s new Transitional Federal Government (TFG) describes the Somali conflict as a struggle against international terrorism; in reality, much of the fighting is due to historic animosity between some of Somalia’s largest clans. In Mogadishu, the Darod-dominated TFG is engaged in a running battle against the Hawiye clan, which were the largest backers of the Islamic Courts Union (ICU), the Islamist government expelled from power by last December’s Ethiopian invasion. 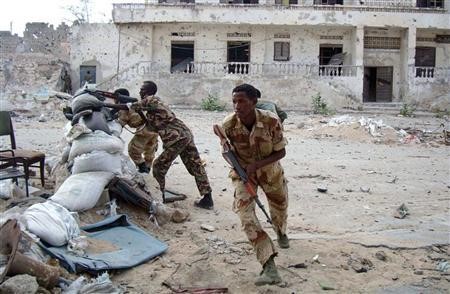 The United States has released funding for the reconciliation conference while urging the TFG to reach out to the banned Islamists to encourage their participation. The TFG offered the Islamists a chance to register as elected clan representatives, but with no assurances of security. Islamist leaders, who claim the true aim of the conference is to “legalize the Ethiopian occupation of Somalia,” responded with demands for a neutral venue and the full withdrawal of Ethiopian troops (Goobjoog, May 24). In the meantime, roadside bombs explode daily and an intensive campaign of assassinations is taking a heavy toll on Somali leaders. Former ICU leaders are attempting to unite various opposition factions in a national movement for the liberation of Somalia from “foreign occupation” (The East African [Nairobi], June 18). The insurgency is also placing great pressure on formerly peaceful Somali territories like Puntland and Somaliland.

The TFG has given U.S. forces the “green light” to carry out counter-terrorist operations inside Somalia, such as the recent attack on Islamists in Puntland (a semi-autonomous region in northeastern Somalia). Set up in 1998 as a self-governing refuge from the chaos prevailing in the rest of Somalia, Puntland’s single-party government has become increasingly authoritarian in recent years as it tries to prevent political Islam from taking hold. Public unrest is growing as the national treasury grows mysteriously dry, services are curtailed and soldiers and civil servants go unpaid. The administration recently signed several natural resource exploration deals with Western and Arab companies without public consultation.

In the last days of May, the Puntland regional administration announced that two speedboats carrying 30 to 35 al-Qaeda “terrorists” had arrived in Baargaal district. Puntland officials claimed the foreign extremists came from the Ras Kamboni region of south Somalia, close to the Kenyan border. One of the men was said to be a suspect in the 1998 U.S. Embassy attacks, while insurgents from the United States, Sweden, Yemen, Morocco and Pakistan were allegedly part of the group. Six insurgents were reported killed by local troops, while the rest fled to the mountains near the Baargaal district where they were bombed on June 1 by U.S. warplanes and shelled by the five-inch gun of the U.S. destroyer Chafee (a now rare example of a ship-to-shore bombardment). There were reports of civilian casualties in a group of nomads, but no evidence that the militants sustained any damage from the bombardment (Puntland Post, June 2).

Religious elders from Baargaal gathered later to announce that no foreigners were part of a group of local fighters attacked by the United States and Puntland regional government forces, describing any assertion to the contrary as a “fabrication” (Somaaljecel, June 5). The assault on Baargaal came five months after similarly unsuccessful attacks near the Kenyan border by U.S. AC-130 gunships. Somali sources continue to report U.S. troop movements along the Somali side of the Kenyan border (Shabelle Media Network, May 22).

Al-Qaeda: Here, There and Nowhere

U.S. Assistant Secretary of State for African Affairs Jendayi Frazer claims that U.S. intelligence has confirmation of 30 al-Qaeda members active in Somalia and neighboring areas (ANGOP [Luanda], June 5). The U.S. special envoy for Somalia, John Yates, also sees an al-Qaeda hand behind the violence: “Because of the kind of fighting going on in Somalia, we suspect that there are still al-Qaeda related individuals in Somalia” (Shabelle Media Network, June 1). Perhaps appealing for continued U.S. support, TFG Prime Minister Ali Muhammad Gedi described a threatening future for Somalia in which al-Qaeda will pursue its “satanic plan of turning the country into a breeding ground for terrorists from all over the world and a safe haven for all outlaws and violators of international legitimacy” (al-Sharq al-Awsat, June 5).

In early June, a car bomb set off by a suicide attacker nearly killed Gedi at his home in Mogadishu. It was the fourth attempt in recent months to kill the prime minister. Gedi described the attack (which killed seven guards) as the work of al-Qaeda: “The suicide bombing is a new and alien culture in Somalia…They collaborated with terrorist groups abroad and used technologies that the Somalis do not know” (al-Sharq al-Awsat, June 5). Likewise, U.S. special envoy John Yates observed that the tactics used in the May roadside bombing that killed four Ugandan soldiers “were very much like the tactics that al-Qaeda and other terrorist movements have used in the past.” A Ugandan government investigation, however, later concluded that al-Qaeda played no part in the attack (Shabelle Media Network, May 18; Shabelle Media Network, May 21).

Not all TFG officials agree on the al-Qaeda threat. On June 6, Mogadishu’s mayor, former warlord Mohamed Dheere, declared that “the Hawiye are now to blame for the bomb explosions in Mogadishu” (Shabelle Media Network, June 6). On the same day, TFG troops arrested the chairman of the Hawiye Committee, Haji ‘Abdi Iman Umar, during a series of raids and arrests. Haji ‘Abdi has denied any involvement of the Hawiye elders in the attacks (Radio HornAfrik, June 7). Bombings and assassinations of regional administration heads in Banadir district were attributed to Hawiye activity in a meeting of the regional council on June 3. In the Gedo region in southwest Somalia, local officials recently held talks with Ethiopian officials to refute allegations that al-Qaeda operatives were concentrating there for attacks on Ethiopia (HornAfrik, June 6).

The regime of Ethiopian Prime Minister Meles Zenawi has realized that talk of an impending Ethiopian withdrawal only emboldened the insurgents while doing nothing to hasten the arrival of the balance of the African Union peacekeeping mission, known as AMISOM. According to Zenawi, “Our defense forces will remain until they accomplish their mission…However, this does not mean that we want or can stay in Mogadishu or in Somalia indefinitely” (Ethiopian TV, June 10). A day later, Zenawi appealed to the Security Council to fund the cash-short AU mission, referring to the “financial burden Ethiopia is shouldering” (Shabelle Media Network, June 11). The Ethiopian army is preparing new operations against ethnic Somali rebels and their Oromo allies in the Ogaden region, where oil exploration efforts are already underway. Zenawi describes these groups as tools of the Eritreans in their efforts to destabilize the Ethiopian regime. In response to retaliatory strikes on ethnic Somalis in the Ogaden, the Ogaden National Liberation Front (ONLF) has promised to “become more vicious” in its attacks. There is always the possibility that Ethiopia may decide the best way to keep a lid on the resistance is to continue occupying Somalia until the Ogaden and its natural resources are secured, but Ethiopian troops targeted daily by roadside bombs and grenade attacks will have little appetite to stay put.

Lately, Zenawi seems to be suggesting that the eradication of terrorism in Somalia is not the objective of the Ethiopian occupation force. “It can be asked whether there exists a city where there are no terrorists,” he explained. “There can be terrorists hiding in other cities, let alone Mogadishu. So it is impossible to confidently say Mogadishu will be 100% free of terrorists. You cannot also be sure about Addis Ababa or New York, let alone Mogadishu…Even now the situation in the city is not that bad” (Ethiopian TV, June 10).

The assassinations and grenade attacks on Ethiopian troops have spread from the capital to Hawiye-dominated Beledweyn in central Somalia. In Somalia, there are many motivations for violence: the southern port of Kismayo is being fought over by TFG troops divided along clan lines; clan fighting in Mudug region erupted over a pool of rainwater during drought conditions; in Baidoa there have been horrific and unclaimed grenade attacks on a bank and a crowded cinema.

On June 15, NATO offered to provide airlift services to AMISOM member nations to speed up deployment (Shabelle Media Network, June 15). Thus far, however, only a Ugandan Battle Group of 1,500 men has arrived from a projected AU force of 8,000. Burundi announced that it will send 1,820 troops to Somalia by French airlift in July, but Ghana appears to be waiting for a cease-fire in Somalia before it deploys, although it has also cited a lack of equipment and logistical support from the AU. The mission comes just as the AU mission in Darfur is on the verge of collapse, with Rwanda and Senegal threatening to withdraw their troops. UN Undersecretary General for Political Affairs Lynn Pascoe recently stated that the UN was considering taking over Somalia’s political direction and reconciliation efforts while seeking to reinvigorate the AU’s peacekeeping mission (Radio Simba, June 9). The Security Council also agreed there was an urgent need to prepare plans for a possible UN peacekeeping force. The TFG is now stating its preference for a UN force (Shabelle Media Network, June 15).

The U.S. hunt for largely inactive al-Qaeda suspects in Somalia is proceeding at great risk to its reputation in the area. Its open alliance with Ethiopia and support for the Ethiopian occupation force have created an atmosphere of mistrust in fiercely independent Somalia. Despite enormous material and political costs, not one of the three foreign al-Qaeda suspects alleged to be taking refuge in Somalia (and wanted by Washington for their roles in the 1998 embassy bombings in Kenya and Tanzania) has been killed or captured.

In a May 23 webchat, Michael Ranneberger, the U.S. ambassador to Kenya, seemed to be backing off from the “ICU equals al-Qaeda” equation that has dominated recent U.S. policy in the region and is impeding reconciliation efforts. “I recognize that the Islamic Courts did manage to establish a degree of order in Mogadishu,” he said. “However, the Islamic Courts never had broad support among the Somali people and, importantly, the Islamic Courts were moving in a very radical direction, which would not have been to the benefit of the Somali people” (USINFO, May 23).

If Ethiopia withdraws, there is no guarantee that Islamist forces may not return to power, especially if there is a return to political chaos and street violence. The AU peacekeeping intervention is largely a failure (despite the efforts of the Ugandans) with only a small chance of revival. The Islamists will be quick to remind Mogadishu’s beleaguered civilians of the security that prevailed under the administration of the Islamic Courts. The Islamist leadership is nearly intact and has found safe harbors in Eritrea, Yemen and some Gulf states. There are a number of options available to the United States in its relations with Somalia that may be followed singularly or in combination:

Inclusive national reconciliation, support for AMISOM, increased development assistance and training for local security forces are the new cornerstones of a shifting U.S. policy in Somalia. The United States hopes for a transition to a democratically-elected government by 2009. In the meantime, the international community is waiting to see the results of the reconciliation conference before forming solid assistance plans. Anxious Somalis also wait to see if their country is destined for peace or to serve as the latest battleground in the war on terrorism.

This article first appeared in the June 21, 2007 issue of the Jamestown Foundation’s Terrorism Focus