In an effort to control “banditry” and rebel activity in the North Caucasus region, Russia’s Interior Ministry is returning its sole armored train to service on the often dangerous rail lines of southern Russia. The main mission of the armored train Kozma Minin, which has spent some years sitting in a rail-yard, will be to counter the insurgents’ mine attacks on Russian rail lines. The Kozma Minin is expected to join several other Ministry of Defense armored trains returned to service in the North Caucasus in 2010 (see EDM, February 23, 2010). 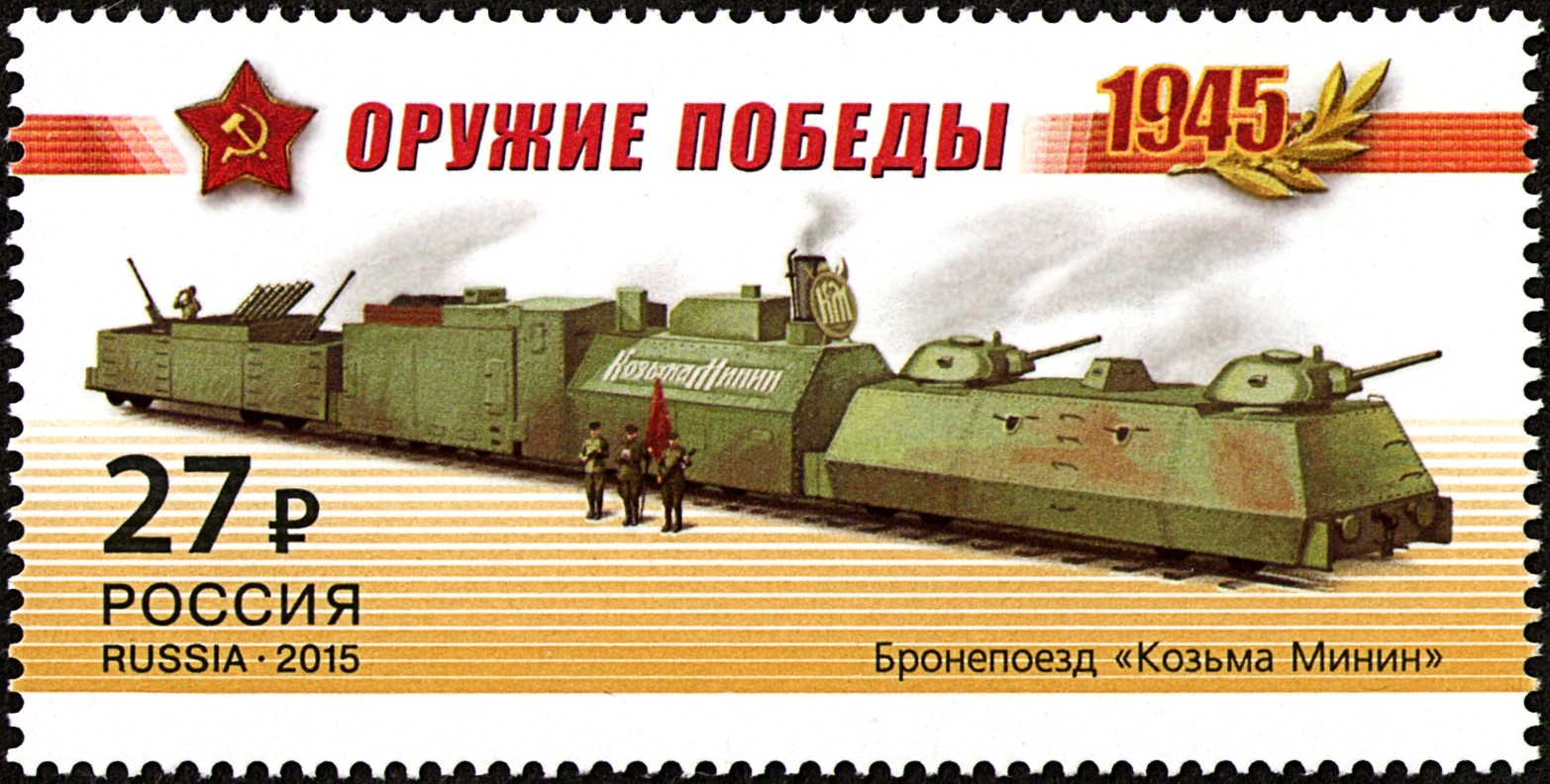 Unlike its namesake, which might be described as a battleship on rails, the modern Kozma Minin is the battle cruiser of military trains – lightly shielded but highly mobile. While Russia’s other armored trains have been used to provide fire support for military operations in the Caucasus as well as rail security operations,  the armament of the Kozma Minin is intended for a defensive role that will allow the train to conduct mine-clearing operations, line maintenance and other defensive roles.

The Interior Ministry’s version of the Kozma Minin was built by a Volga-Vyatka OMON unit in 1994 from old railway platforms, railway ties, scrap metal and whatever other suitable materials might be found. The covered wagon of the train was painted in a brown and green camouflage pattern and most of the train was covered in well-worn camouflage netting, giving the entire train the appearance of a relic from a much earlier war. Despite its improvised and ramshackle construction, the Kozma Minin soon became the pride of Interior Ministry troops based in the North Caucasus, continuing its important work in the North Caucasus until it was retired to a rail-yard in 2002. Several cars of the train were marked with the acronym “OMOH,” the Cyrillic version of OMON (Otryad Mobilniy Osobogo Naznacheniya or Special Purpose Mobile Unit), the common term used for Interior Ministry units.

Before undertaking its new tasks, the Kozma Minin is being fitted with modern anti-mine technology, including the Kamysh (Cane) M4K system, made public in 2009. The mine-disabling system uses white noise to interfere with radio-controlled explosive devices, operating effectively at a distance of up to 20 meters.

Providing the new system works, it will be a vast improvement over the train’s old mine-prevention procedures, which involved the train moving at a walking pace in suspect areas behind combat engineers with mine-sniffing canines.  Measures are also being taken in the reconstruction to improve the safety of train personnel, which was usually provided for in the old train not so much by “armor,” but by an improvised mixture of sand-bags and timbers.

For armament, the Kozma Minin relies on two quad-barrel ZPU-4 air defense machine guns and ten hard-mounted AGS-17 automatic grenade launchers and machine guns.The ZPU-4 is a modification of the original ZPU, brought into Soviet service in 1949 and one of Russia’s most popular arms exports since. Mounted on a pick-up truck, the weapon was widely used by both sides in the Libyan Rebellion.

Additional firepower is provided by a BMP-2 (an amphibious infantry combat vehicle) chained to a flat-bed car with sand-bags to protect the wheels. The BMP02 is equipped with a 30mm 2A42 autocannon, a 9P135M anti-tank guided-missile launcher capable of firing a variety of anti-tank missiles and a 7.62mm machine gun. Ministry of Defense armored trains usually include one BMP-2, but also mount one to two T-62 tanks with a more powerful 115mm cannon.

The rebuilt Interior Ministry train is expected to be based either at Mozdok in North Ossetia or, more likely, at Khankala, a rail station east of Grozny in Chechnya where armored trains belonging to the Ministry of Defense are stationed. Khankala is also home to a Russian military base hosting the 42nd Motorized Rifle Division.

When finished, the train will transport Interior Ministry supplies and personnel in addition to providing rail security, much as it did in its earlier incarnation. The overhaul of the Kozma Minin is expected to be finished by December 1, 2013 and will cost an estimated $635,000.

This article first appeared in the May 14, 2013 issue of Eurasia Daily Monitor