During the U.S. occupation of Afghanistan following the 9/11 terrorist attacks, a ready market developed for the seizure and sale of foreign individuals to U.S. forces as suspected Taliban or al-Qaeda fighters. Typically these captives were transferred to the special U.S. detention facility in Guantanamo Bay, Cuba, for further investigation. Included in their number were a handful of Russian citizens. All were Muslims who had arrived separately in Afghanistan with various motivations. Several had a history of Islamist activities that had brought them to the attention of Russian authorities in the 1990s. During their stay in Afghanistan some of the Russian prisoners appear to have been integrated into units of the Islamic Movement of Uzbekistan (IMU), an Islamist guerrilla force that took part in the 2001 fighting in Afghanistan on the side of al-Qaeda and the Taliban. 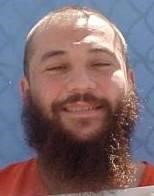 The Road to Freedom

On February 28, 2004, seven of the eight Russian detainees were released to Russian custody after nearly two years of negotiations. According to a March 1, 2004, statement by State Department spokesman Richard Boucher, the U.S. State Department received “assurances that the individuals will be detained, investigated, and prosecuted, as appropriate, under Russian law.” In a surprise development that angered those in the State Department who believed they had a secure arrangement with Russian authorities, the prisoners were released after a few months of detention and given bus tickets home. Charges of mercenary activities, participating in a criminal gang, and illegally crossing state borders were all dropped. Though freed, the former prisoners began to complain of constant police harassment and an inability to find any kind of work.

The men, who have come to be known as “the Russian Taliban,” included two Balkars from Kabardino-Balkaria (Ruslan Odzhiev and Rasul Kudaev) and five Tatars from Tatarstan, Bashkortostan and the Tyumen region of Siberia (Ravil Gumarov, Airat Vakhitov, Rustam Akhmarov, Timur Ishmuradov, and Shamil Khadzhiev). Another Tatar, Ravil Mingazov, was not released with the rest and is now the sole Russian citizen held at Guantanamo Bay. Initially the ex-prisoners were allowed to give testimony regarding ill treatment during their U.S. detention.

Imam Airat Vakhitov was leader of a Salafist mosque in Tatarstan and came to the attention of Russian security forces by visiting Chechnya in 1998. Vakhitov claims he was kidnapped by IMU fighters during a visit to Tajikistan and eventually sold to U.S. forces in Afghanistan for $5,000. Before his sale to U.S. forces, Vakhitov claims he was drugged and tortured in Afghanistan for seven months in an attempt to force an admission that he was a Russian agent. After a year of imprisonment Mullah Omar (leader of the Afghan Taliban) learned of the torture of fellow Muslims and ordered their release. Vakhitov was instead transferred to a prison near Kandahar where he remained until U.S. security services began to scour Afghanistan for al-Qaeda members.

Apparently quick on his feet, Vakhitov describes being asked at Kandahar by CIA and FBI agents regarding the whereabouts of Osama bin Laden. Vakhitov says he promised to tell his captors where he had seen bin Laden in exchange for much-needed blankets and warm food. After receiving coffee, pizza, and two blankets, Vakhitov told his inquisitors that he had seen bin Laden on the cover of Time magazine. In return Vakhitov alleges he was punched in the face, returned to prison for another six months, and eventually flown to Cuba, blindfolded and chained (Pravda, June 28, 2005). During his two-year detention at Guantanamo, the imam claims that prisoners were gassed, tortured, and forced to witness the desecration of the Koran on a regular basis. He is suing to clear his name of all allegations of terrorist activity with the help of Reprieve, a human rights NGO.

In a press interview announcing his lawsuit against the United States, Vakhitov complained of beatings, the use of tear gas, sleep deprivation, and various humiliations. Gumarov and Ishmuradov have also joined the suit, with Ishmuradov declaring, “I am very angry at Americans for what they did to me — I have traces of their tortures on my body” (Izvestiya, April 1, 2005). Rasul Kudaev, who now suffers from heart and liver disorders and still carries a bullet lodged in his spine that limits his mobility, said guards responded to his defiance with beatings and tear gas. The family of Ruslan Odzhiev claims that he is suffering organ failure as a result of beatings at the U.S. detention facility and is kept alive only through a steady regimen of pills. Federal police frequently search Odzhiev’s home, which he shares with his mother.

Rustam Akhmarov was allowed to travel to London in November 2005 to describe his experiences to an Amnesty International conference on conditions in Guantanamo Bay. Akhmarov said that he and his family were kept under constant surveillance in Russia after his release, and he alleged that during his detention at Guantanamo Bay he and other men were given forced injections and later developed Hepatitis B (Amnesty International, November 20, 2005).

Only two weeks after announcing their participation in the lawsuit, Ishmuradov and Gumarov were arrested (together with a third man) and charged with bombing a natural gas pipeline in Tatarstan on January 8, 2005. The small explosion caused little damage, harmed no one, and occurred close to the local FSB headquarters. The initial investigation by the Interior Ministry focused on mechanical failure, but the FSB took control of the investigation and declared sabotage to be the cause (Kommersant, April 19, 2005). During their trial the three men complained that torture had been used to elicit confessions.

The three were released in September 2005 after a jury trial handed down an acquittal — an unusual result for a Russian terrorist prosecution. The Russian Supreme Court overturned the ruling and ordered a new trial. Ishmuradov had apparently seen the writing on the wall and was arrested trying to cross the border into Ukraine. On May 12, 2006, a new trial ended with convictions and sentences of between 11 and 15 years for the three men.

Both Airat Vakhitov and Rustam Akhmarov were arrested in August 2005 on suspicion of involvement in a number of terrorist attacks. Amnesty International organized an immediate campaign calling for their release, which occurred a week later. At a press conference, Vakhitov claimed to have learned from an unnamed U.S. military intelligence officer (confirmed by Russia’s Prosecutor-General’s Office) that the original terms of his release from Guantanamo Bay called for a prison sentence in Russia of 15 years, together with round-the-clock access for CIA and FBI investigators (Prima News, September 13, 2005).

Photos of Rasul Kudaev before and after two months’ detention in Russia.

Despite his infirmities, Rasul Kudaev was subjected to frequent detentions and beatings by police after his return to Kabardino-Balkaria. In mid-August, 2005, he was abducted by masked men in camouflage uniforms, but was released several days later after his mother arranged the intervention of lawyers from the Reprieve NGO (Caucasian Knot, August 17, 2005). Kudaev, like fellow Balkar Ruslan Odzhiev, was already under police suspicion before his detention by the Americans as a result of his religious studies in Saudi Arabia and his association with local jama’ats in Kabardino-Balkaria.

Kudaev was again arrested shortly after the October 2005 insurrection in Nalchik, Kabardino-Balkaria. His lawyer was dismissed from the case after she complained that her client was being tortured in prison. (Three other Nalchik lawyers were also barred from defending their clients after alleging torture.) Before and after photos of Kudaev released by his lawyer following two months of detention showed extensive bruising and swelling of the face (RFE/RL, December 6, 2005). After the photos appeared in the press Kudaev disappeared; his lawyer eventually located him in an FSB prison in Pyatigorsk. Russian authorities cite Kudaev’s confession as proof of his involvement in the attacks, although friends and family point out that his physical condition would preclude any such involvement. Kudaev’s mother fears for his life, since prison officials will not accept delivery of his medicines.

The plight of the “Russian Taliban” has attracted the attention of a number of human rights NGOs, including Memorial, Amnesty International, Justice in Exile, and Reprieve. The prisoners’ initial release after their return to Russia took many by surprise, including the U.S. State Department. There seemed little reason for this unlikely turn of events, but the release may well have been a public display of magnanimity at a time when Moscow was desperately seeking the release of two Russian agents held in Qatar for the assassination of former Chechen President Zelimkhan Yandarbaev. With the assassins now back in Russia as a result of a pardon by the emir of Qatar, there is little to prevent the incarceration of these individuals on new charges as part of the Kremlin’s crackdown on known or suspected Islamist militants. With their temporary usefulness as pawns in Russia’s foreign relations at an end, the Russian Taliban face a dark and uncertain future.

This article first appeared in the June 1, 2006 issue of the Chechnya Weekly.