A missile attack by a CIS-controlled Predator unmanned aerial vehicle (UAV) on May 14 has created a political firestorm inside Pakistan that threatens to derail ongoing peace negotiations between frontier region tribal militants and the Islamabad government. The missiles struck a two-room hujra (male guesthouse) in the Bajaur Agency village of Damadola where around 30 militants—reportedly including locals, Mahsud Waziris, Mohmandis and Arabs—had gathered for a dinner (News International [Islamabad], May 16; Daily Times [Lahore], May 17). A series of explosions are reported to have followed the attack, suggesting the hujra was being used to store arms or explosives (Geo TV [Karachi], May 16). The strike has reinforced Pakistani perceptions that the United States opposes local peace negotiations that may ultimately free tribal militants to cross the border to aid allied Taliban groups in Afghanistan. The attack was the fourth of its type this year, but the first since Pakistan’s new democratically elected coalition government took power six weeks ago. 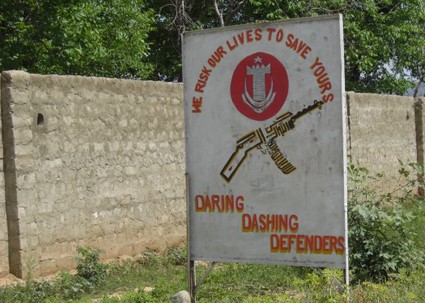 Identification of the dead is difficult due to the physical damage caused by the missiles and the fact that the site was secured by a throng of militant tribesmen until the bodies of suspected militants were carried off for secret burial elsewhere. Civilian bodies were left for local funerals, at which angry tribesmen shouted anti-American slogans. Claims for the number of fatalities from the attack range between eight—the Tehrek-e-Taliban Pakistan (TTP) estimate, which may include only militants—and 30. A Pakistani government official suggested a mid-level Arab militant may have been killed in the strike (Reuters, May 17). The brother of Mohmand Agency Taliban leader Khalid Umar was also reported among the dead (Daily Times, May 17; Dawn, May 15). Some politicians have claimed that only innocent tribesmen were killed or injured (News International, May 16).

TTP spokesman Maulvi Omar denied that any foreigners or senior Taliban leaders were present at the dinner, while warning: “The Taliban never forget their enemy, which must be clear to everybody” (News International, May 16).

Inter-Services public relations director Major-General Athar Abbas announced the Pakistani military’s opposition to the attack: “The U.S. did not take permission or inform us before carrying out the strike… We have protested to the U.S. authorities in the strongest possible manner” (BBC, May 16).

The locally powerful Jamaat-e-Islami political party suggested that the strike could bring the collapse of peace talks with the central government intended to end a wave of devastating suicide attacks (News International, May 16). Sirajul Haq, the party’s provincial leader, asked: “What use are the atom bomb, more than one million soldiers or scores of aircrafts when we can’t stop a country from violating our geographical frontiers and killing our people?” (Daily Times, May 16).

Following the attack, the body of a kidnapped soldier of the Bajaur Scouts was found near the site with a note attached explaining that the trooper had been killed to avenge the Damadola missile attack. Pakistan’s regular forces have no presence in Bajaur Agency at the moment.

This article first appeared in the May 30, 2009 issue of the Jamestown Foundation’s Terrorism Focus